With Trump in the White House, States Could Step Up on Climate Change 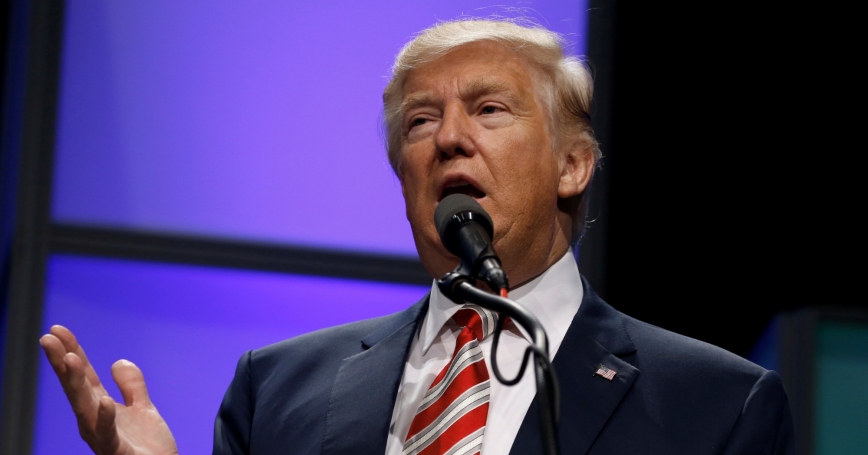 There are still many unknowns about President-elect Donald Trump's likely course when it comes to climate change policy, but his campaign trail rhetoric has signaled that his administration may drop the Environmental Protection Agency's Clean Power Plan, more aggressively develop fossil fuels, and loosen environmental regulations.

While this is not unexpected given the president-elect's stated skepticism about climate change, it is worth keeping in mind that states may well choose to pursue their own environmental initiatives in this arena.

For more than 40 years, the United States has achieved significant environmental progress despite differing regional economic interests, environmental impacts, and levels of environmental concern by allowing some states to lead the way. Enactment of the Clean Air Act of 1970, the Clean Water Act of 1972, and other landmark environmental legislation followed a similar pattern. In each case, states led the way with new approaches that the federal government later adopted. Each of these laws struck a balance between consistent federal legal standards applicable to interstate commerce (good for business and the economy) and state-centric compliance and enforcement. Indeed, states' rights were a cornerstone of the compromises that Congress struck in the 1970s as it tackled one environmental issue after another.

It is often said that states are the laboratories of democracy. State-level experiments may prove particularly important for addressing climate change, because states have greater freedom to pursue significant institutional and technological innovation. National and global efforts to reduce carbon emissions from all aspects of the economy (known as decarbonization) will proceed more quickly and easily if states can demonstrate decarbonization is possible and affordable.

Some states are already among the most innovative regions in the world in advancing climate policy. For instance, California has pioneered a carbon trading system (PDF) and energy efficiency programs that have kept per capita energy use nearly flat for decades amidst a fast-growing economy and population. It also has established new low-carbon fuel standards and significantly increased its use of low-carbon energy. New York is a leader in deploying technology and a new regulatory system to enable a more efficient, more resilient, and more renewable-friendly smart grid. As part of the Governors' Accord for a New Energy Future, Michigan is aggressively pursuing energy efficiency and renewable energy strategies. These states are betting that their actions will drive innovation within their borders and create new jobs and opportunities for their citizens. They are not alone: 29 states have adopted renewable energy standards, and every state offers some form of tax credits or other types of incentives for renewable energy sources. Their experiences are building America's knowledge base and stimulating new technologies and economic opportunities. There are now more people working in the solar energy industry than in oil and gas fields.

Federal law gives states significant leeway in these pursuits. For example, for the express purpose of enabling experimentation, the Clean Air Act specifically allows states to set more stringent air quality standards for all sources of pollution. They should be allowed to keep going unimpeded, even if the federal government moves in a different direction. Some fear that President-elect Trump's campaign commitment to bringing jobs back to communities most dependent on the fossil fuel industry will result in scaling back the federal commitment to reducing greenhouse gas emissions. In the name of harmonizing regulations, it is possible that the new administration could take actions to impede the ability of states to forge more aggressive climate policies if they so choose.

However, there is no credible policy purpose, or likely existing legal basis, to hinder states that choose to make different judgments about mitigation of climate change and their economic future by continuing to pursue their own climate policies. Hindering states could do more to damage technological innovation and a growing economy than might initially be apparent.

The stated goals of the new administration include growing the economy with good jobs, promoting foreign policies that demonstrate strength and leadership, and reducing the influence of moneyed interests in Washington. Curbing states' rights to innovate on climate policies would move in the opposite direction and undermine an ongoing U.S. leadership opportunity. It would put many up-and-coming U.S. firms now at the forefront of technological innovation at a disadvantage in world markets. Leaving states free to forge a path toward a greener economy and well-paying jobs powered by innovation is consistent with a long American tradition.

This commentary originally appeared on Fox News Channel on November 25, 2016. Commentary gives RAND researchers a platform to convey insights based on their professional expertise and often on their peer-reviewed research and analysis.