What Should Trump Do About Gitmo? 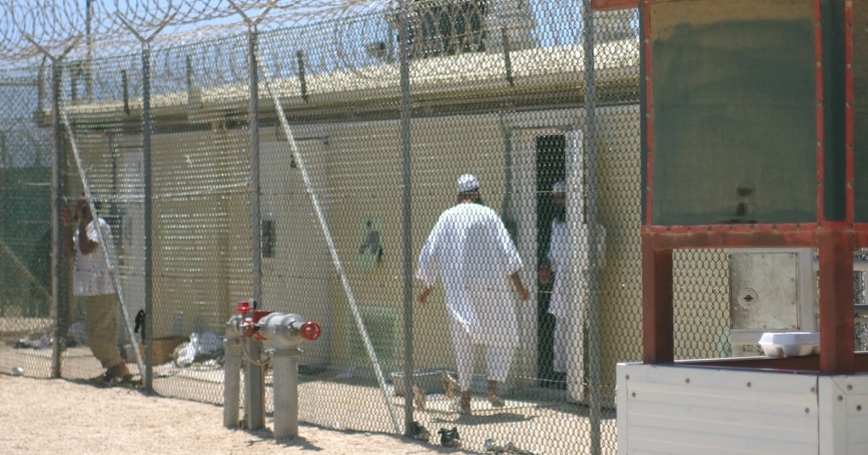 Wednesday marks the 15th anniversary of the establishment of the detention facility at Guantánamo Bay naval base.

The anniversary is less than two weeks in advance of a new presidential administration, which may push counterterrorism policy in new or different directions.

Guantánamo, and all that it symbolizes, could be front and center on the agenda, and thus a review of options is appropriate.

Before turning to options, a little background is in order. Guantánamo was established as a place to detain and try—where possible—individuals detained as part of the Global War on Terror.

Since terrorism lacks both a traditional military adversary and battlefield, Congress approved an Authorization to Use Military Force (AUMF) (PDF) that provides the statutory authority for the President to use military force against nations and individuals involved in the 9/11 attacks to prevent further such instances.

Detainees came from many nations—Afghanistan, Saudi Arabia, Yemen and Pakistan principally—but most were detained or turned over in Afghanistan and Pakistan. Initially nearly 800 unlawful combatants were housed at Guantánamo, but that number has slowly dwindled to fewer than 100.

By 2011, approximately 600 detainees had been released, the majority without charges, though a substantial number were transferred to custody in other nations. That left a set of relatively more difficult cases.

Since 2011, those not subject to indefinite detention have either been released to third-party nations willing to keep them under surveillance, enroll them in rehabilitation programs, or otherwise assume responsibility for them, or have started their trials.

Four Yemeni detainees were released to Saudi Arabia just last week and more could be freed before President Obama leaves office. Few cases have been definitively resolved by trial.

Along the way, the detention facility has tested the U.S. courts and military system in many ways, including numerous court cases about the legality of detention without trial and the implications of torture and physical abuse for the trial process.

Ultimately, the majority of detainees have won their day in court through the establishment of a “Periodic Review Board” and a criminal trial system.

With that as background, what are the options? They are on a continuum, but generally fall into four categories. From most to least likely they are:

Of the remaining 60 detainees, 46—such as Khalid Sheik Mohammed, alleged mastermind of the 9/11 attacks, and Ramzi Bin al Shibh, sometimes described as the intended 20th 9/11 hijacker, have been certified as being too dangerous to transfer and there is insufficient information to try them. (PDF) Thus, with an effective population of 14 detainees with prospects for trial, release or transfer, there will likely be little incentive to take bold steps away from the status quo.

Regardless of the larger policy debate about closing the facility, many improvements could be made to speed the trials.

This was the main recommendation of the Pacific Council's task force on Guantánamo detention (full disclosure, I was a participant). The task force members took the perspective that regardless of the larger policy debate about closing the facility, there were many improvements that could be made to speed the trials and ensure a quicker path to justice.

Task force members were also cognizant of the need to establish a better, more workable model in the event of additional future detentions. Key recommendations included empowering federal judges to preside over the trials and permitting counsel to participate in routine pretrial matters via secure video link, in lieu of making lengthy and expensive trips to the base for mundane matters.

Although this option periodically receives renewed attention, it also seems highly unlikely during the next administration.

President-elect Trump has declared he will “load it up with bad dudes.” This declaration is perhaps not as farfetched as it might seem.

The current agreements with Afghanistan and Iraq give those governments responsibility for detaining and adjudicating individuals apprehended on their territories. But both—or more accurately, their battlefields—could be a source of future terrorism risk as defined under the 2001 AUMF, if the new administration decides to keep troops there or seeks to change the detention agreement.

Would the Trump administration revisit these agreements? Perhaps, if there were a surge in violence or a sustained inability to manage detainees, particularly among those implicated in attacks on U.S. forces or U.S. interests.

A more likely potential source of new detainees is the ISIS battlefield, principally in the remnants of Syria, but potentially spilling over into other corners of the globe.

Who could assume responsibility for unlawful combatants detained on the ISIS battlefield? There is disagreement as to whether the current AUMF can—or should—be extended from its foundation of targeting Al-Qaeda.

ISIS and Al-Qaeda are not allies, so many argue that a new AUMF is needed to better address the threat as it has evolved. Still, the evolution of the AUMF debate might provide some early indication of potential evolution of detention policy.

A decade and a half is a long time and circumstances have changed greatly. The new administration will have before it a series of options to deal with the legacy of the detention facility at Gitmo. Ignoring it shouldn't be one of them.

Jack Riley is vice president and director of nonprofit, nonpartisan RAND Corporation's National Security Research Division. He served as a Guantánamo trial observer under the auspices of the Pacific Council on International Policy.

This commentary originally appeared on Newsweek on January 11, 2017. Commentary gives RAND researchers a platform to convey insights based on their professional expertise and often on their peer-reviewed research and analysis.