Body Cameras: Can Police Have Too Much Discretion? 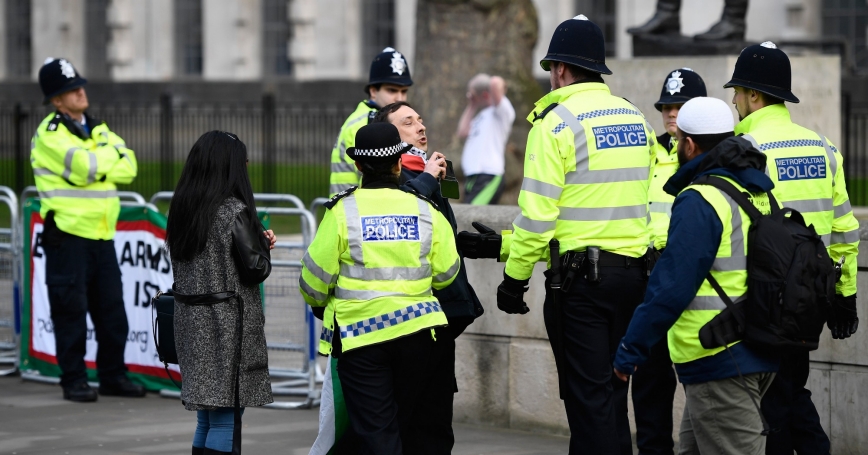 The effectiveness of body-worn cameras in police forces presents a mixed picture — our research shows it. On the one hand, complaints dropped against police officers by around 90 per cent following the cameras' introduction in several forces, which alone is a large enough effect to perhaps justify the costs of the cameras in the short term. On the other hand, rates of assault against officers during arrest were higher on shifts when body-worn cameras were in use, compared to shifts where cameras were not present. Finally, the overall rate of use of force did not differ between shifts where officers wore cameras and those where they did not. However, we found that this varied by how much discretion the officers used in turning cameras on and off.

In light of these findings, RAND Europe and the University of Cambridge sought to understand why body-worn cameras might escalate encounters between police officers and members of the public, and to think about how much police discretion should be allowed when using body-worn cameras.

When police officers used their discretion, the use of body cameras appeared to backfire on them.

Our own previous research supports this assertion. Police officers sticking closer to the protocol of body-worn cameras being on all the time led to use of force falling by 37 per cent, whereas use of force was higher when officers used their discretion. In essence, when police officers used their discretion, the use of body-worn cameras appeared to backfire on them.

In our latest paper we present and discuss what we call the “deterrence spectrum,” in an attempt to build an explanation of why body-worn cameras work well for police officers or could potentially backfire on them. A big part of the “deterrence spectrum” is linked to police discretion — in the case of cameras — whether or not police officers should be able to turn their body-worn cameras on and off (and how they use them more generally). (Note it is a different matter when considering how the cameras might affect arrestees.)

Towards the other end of the deterrence spectrum, there is “maximum deterrence,” which is linked to weak discretion because the police officer is not in a position to override a rule. In the context of body-worn cameras, this means making the use of devices mandatory, providing a clear protocol for their use and not giving officers the power to decide when the device is turned on.

However, the deterrence spectrum gets more complicated with effects in between and even outside of “minimal” and “maximum deterrence.”

A potential, slightly perverse, effect of body-worn cameras could be what we call “over-deterrence.” This is where police officers not only apply body-worn camera rules, but also apply other rules of engagement with the public in a regimented approach, because they fear reprisals by their superiors. Some police officers might fear that their actions will be viewed as lenient or ill-advised, so will simply ticket or arrest everyone as required by law, instead of providing leeway and understanding on an individual basis. In other words, the loss of discretion with the body-worn cameras “spills over,” and fears about being monitored for compliance make police officers risk averse, resulting in them applying rules rigidly across the board.

Finally, there is the elusive middle-ground, the “Goldilocks” scenario where everything is “just right,” which is known as “optimal deterrence.” This is where officers can apply discretion in how they respond and interact with the public, are conscious of the body-worn cameras (and so alter their behaviour), but are not stymied in performing their normal duties.

Striking the right balance is a real operational challenge for police forces everywhere, but we think that current evidence is clear, police officers should have cameras turned on all the time — certainly before responding to calls for service — and let the public know they are being filmed as soon as possible.

Alex Sutherland is a research leader at RAND Europe.

This commentary originally appeared on Policing Insight on March 5, 2017. Commentary gives RAND researchers a platform to convey insights based on their professional expertise and often on their peer-reviewed research and analysis.