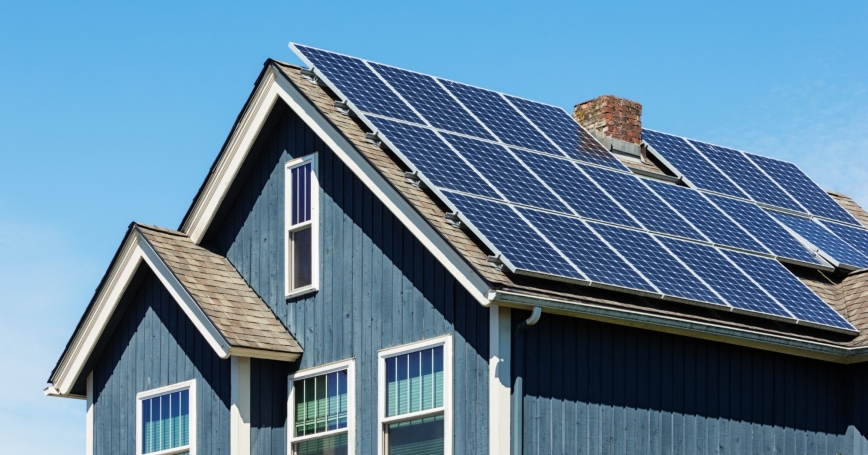 For many homeowners in the U.S., an investment in rooftop solar is rapidly becoming a cost-competitive—and sometimes even profitable—alternative to purchasing grid electricity. Rooftop solar also changes the household electricity equation, as solar-equipped homes become both producers and consumers of power, so-called “prosumers.” But even if a home produces on average as much energy as it uses over the course of a year—a net-zero house—it will still need to draw electricity from the grid, at night and even at noon on some cloudy days.

When residential rooftop solar was less common, many states implemented policies that allowed homeowners to sell excess electricity back to the grid, paying only for the net electricity they consume. For some homeowners, this could mean a $0 electricity bill under “net metering” policies. But as demand for rooftop solar panels soars, states are struggling to adapt a 20th-century electrical grid—and the corresponding cost structure for electricity rates—to 21st-century supply and demand, leading to confusion and cost uncertainty for all ratepayers.

When the Nevada Public Utilities Commission drastically reduced solar subsidies 18 months ago, thousands of homeowners who put solar panels on their roofs expecting to sell back excess electricity to the grid were left with expensive systems that would struggle to pay for themselves. Only after vigorous protest from solar owners and announcements from firms like SolarCity that they would pull out of the Nevada market did the commission partially reverse course.

And Nevada is only the most extreme example. In 2016, utilities in 28 states advanced changes to net metering regulations that would affect solar energy producers, including homeowners. Forty-six investor-owned and large public utilities across 35 states and Washington, D.C., advanced proposals to increase fixed charges and minimum bills by at least 10 percent. While electricity rates need to adapt to new technologies, without sound, careful changes that avoid uncertainty and support the long-term success of energy markets, these rate changes will lead to confusion and could stall progress.

Utilities generally charge customers a fixed volumetric rate, meaning consumers pay for each kilowatt hour of electricity they use. However, under these rate structures, utilities may not be compensated for major investments like transmission and distribution infrastructure. Net-zero households generally still need the grid, but they're not paying for it. This has led some utilities to propose a “solar surcharge” on a household's utility bill to help cover a utility's costs. But these kinds of surcharges can discourage solar investment, and they don't directly target and solve the problem.

Experimenting at the state level can help identify the best ways to price electricity, but states can also learn from each other's experience.

First, unexpected policy changes are costly to business and to consumers. A better approach would be to make long-term policy changes carefully and try to get them right the first time, ideally building on what other states have already learned.

Second, rates could be designed to reflect the costs of providing electricity and the costs of consuming electricity. For now, nearly all consumers need a connection to the grid, which means a fixed charge to cover infrastructure costs makes sense, but the rate structure for all consumers needs to be adjusted, not just for households with solar panels. All customers connected to the grid should help pay for things like basic infrastructure, not just solar households.[1]

Finally, authorities should consider designing electricity rates that are robust to further changes in the power generation and consumption landscape, those that can be anticipated and possibly even those that cannot. Technology will continue to change how households connect to and use the grid. If storage technologies like batteries become substantially cheaper, some households may not need a grid connection at all. Rate structures should be adaptive to these kinds of changes, allowing utilities to continue to cover the cost of providing services without penalizing innovative consumers.

Solar power can be a key component of America's energy future. Thoughtful and flexible state regulation can harness solar technology's immense potential to benefit consumers, the environment, and utility companies.

Nicholas Burger is a senior economist and Aimee Curtright is a senior physical scientist at the nonprofit, nonpartisan RAND Corporation. Ben Smith is a Ph.D. candidate at the Pardee RAND Graduate School. The analysis described above was funded by the Pardee RAND Graduate School's John and Carol Cazier Initiative for Energy and Environmental Sustainability.

This commentary originally appeared on The Energy Collective on July 10, 2017. Commentary gives RAND researchers a platform to convey insights based on their professional expertise and often on their peer-reviewed research and analysis.