Countering Violent Islamist Extremism: The Value of Words Over War 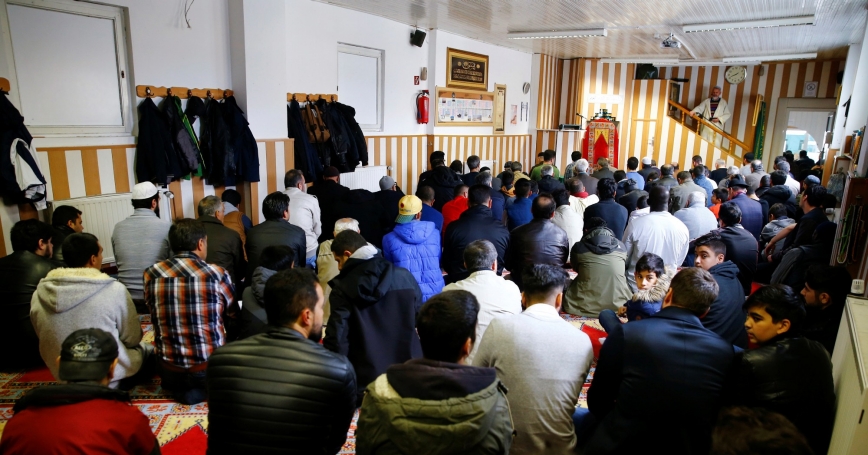 Muslims listen to a Turkish imam during Friday prayers at the Turkish Kuba Camii mosque in Cologne's district of Kalk, Germany, October 14, 2016

Since the gun assault on the offices of the French satirical newspaper Charlie Hebdo in early 2015, no less than 14 major incidents of terrorism have occurred in Europe, causing havoc in a string of cities including Paris, Brussels, Nice, Berlin, London, Stockholm, Manchester and, most recently, Barcelona. With jihadists increasingly hemorrhaging territory in Syria and Iraq, it is highly probable that the world will witness more of these attacks on “soft targets”—unguarded and accessible civilian-centric locations—as groups like the Islamic State group attempt to demonstrate their continued relevance. Now more than ever governments need to take stock and look at the most effective ways of blunting the contemporary threat posed by Islamist militancy.

Whatever terrorist campaigns of violence ensue, they will in all likelihood be drawn out and bloody. The abundance of weak and failing states in Asia, Africa and the Middle East (Yemen, Libya, Somalia, Nigeria, Mali, Iraq, Syria, Afghanistan, Pakistan, Bangladesh, to name just a few) will provide terrorist organizations with an open-ended laundry list of countries to exploit for recruiting and logistical purposes. At the same time, the growth of far-right sentiment in Europe, North America and Australia, mainstream as well as extremist, should provide plenty of opportunities for jihadis to justify their acts as a “legitimate” response to a western war against Islam. And now groups have stumbled on a proven, cheap, low-tech yet highly effective tactic to stage mass casualty attacks: vehicles.

How then should governments respond? So far, the main emphasis has been on hitting terrorists hard through a combination of combat operations to destroy safe-havens and the institution of extra-judicial law enforcement procedures that have substantially expanded the search, arrest and investigative powers of the police and security services. While these measures may have a role to play in hardening the state apparatus against religious militancy, they do not really get to the crux of the current problem, which is really about a clash of values between moderate and extreme interpretations of Islam.

Developing sophisticated and credible narratives that debunk and provide positive alternatives to the ideology of violent extremism—essentially employing words and beliefs to promote the peaceful and constructive tenets of the Muslim faith—would seem to be a useful approach. This would entail engaging with Islamic, clerics, elders, charities and community leaders to identify those who could be potentially vulnerable to the rhetoric of radical messaging and studiously working to prevent them from being sucked into the linear, “us-versus-them” mindset of groups such as al-Qaida and the Islamic State group by ensuring they are given appropriate advice and support. Suicide bombers and religious fanatics who wantonly slaughter civilians are indoctrinated to think and act this way. This means education needs to be a central component of any viable counter-terrorist strategy.

To be sure, certain countries are coming to appreciate the importance and worth of institutionalized programs dedicated to building societal resilience against religious violence. The U.K., Singapore, Malaysia, Belgium, Australia, and to a certain extent the United States, are all examples. For most other states, however, much of the emphasis remains on winning a “war” against terrorism—not only overseas, but also increasingly at home. This presupposes that a victory is ultimately possible, which unfortunately it is not since there will always be those prepared to use violence in pursuit of a cause. More intrinsically, unless applied with extreme care and precision, “strong-arm” policies run the risk of fueling the very grievances and sense of injustice and alienation that Islamist militants have so adroitly exploited for recruiting purposes.

Governments should not prevaricate in the face of terrorism. But playing down the importance of “soft” remedial solutions is a mistake. A more nuanced strategy aimed at mobilizing and empowering communities to directly challenge ideas that are conducive to extremist violence could end up breaking the seemingly endless cycle of conflict and destruction.

This commentary originally appeared on U.S. News & World Report on August 28, 2017. Commentary gives RAND researchers a platform to convey insights based on their professional expertise and often on their peer-reviewed research and analysis.