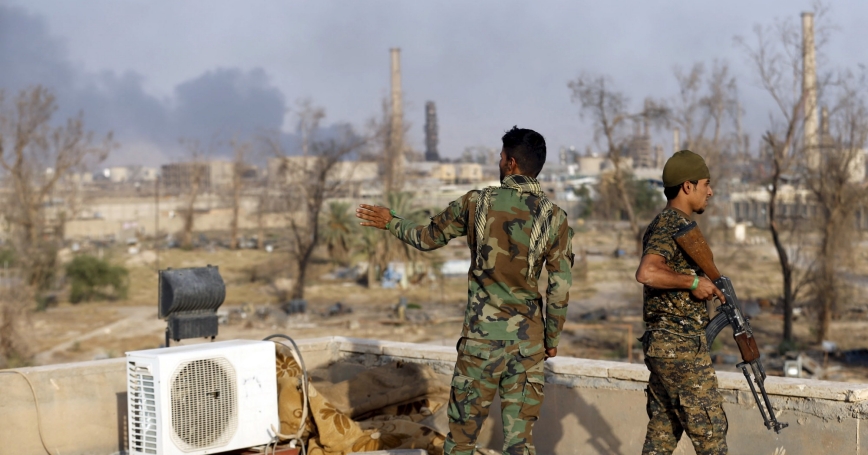 As ISIS loses territory across Syria and Iraq, its capacity to generate revenue has declined drastically. Nonetheless, ISIS continues to profit from its oil industry, black market antiquities trading, and taxing and extorting local populations under its control. The U.S. government has worked with allies in the region to try and cut off ISIS financing, albeit with mixed results. The Cipher Brief's Bennett Seftel spoke with Patrick Johnston, senior political scientist at the RAND Corporation and expert on ISIS financing, to discuss the group's primary sources of income and how the U.S. and its partners can more effectively counter ISIS's financing.

ISIS has generated significant revenue from a variety of sources including oil, antiquities trading and the taxation of local populations to name a few. But with ISIS rapidly losing territory across Iraq and Syria, where does most of its revenue now come from?

Three main sources: oil, extortion and confiscation. Oil has remained an important source of revenue for ISIS despite territorial losses: a coalition spokesman estimated that ISIS's oil revenues declined to $4 million per month as of early October from a peak of $40 million per month in 2015. Despite this massive reduction in oil revenue, $48 million annually remains a substantial amount of money—especially for a group whose expenditures decrease with the size of the population and territory it controls and decreased recruitment.

In Iraq, the group has lost all the oilfields it previously controlled; in Syria, it recently lost the largest oilfield in the country. While ISIS oil revenue could continue to decline in the near future, it is still likely benefiting from taxing fuel consumption locally and charging fees for tanker trucks transiting ISIS-controlled areas.

Extortion is another ISIS revenue source. The group's ability to credibly threaten violence against commercial enterprises in eastern Syria, western Iraq and elsewhere enable it to operate protection rackets largely out of sight of authorities....

The remainder of this Q&A is available on thecipherbrief.com.

Patrick B. Johnston is a senior political scientist at the nonprofit, nonpartisan RAND Corporation.