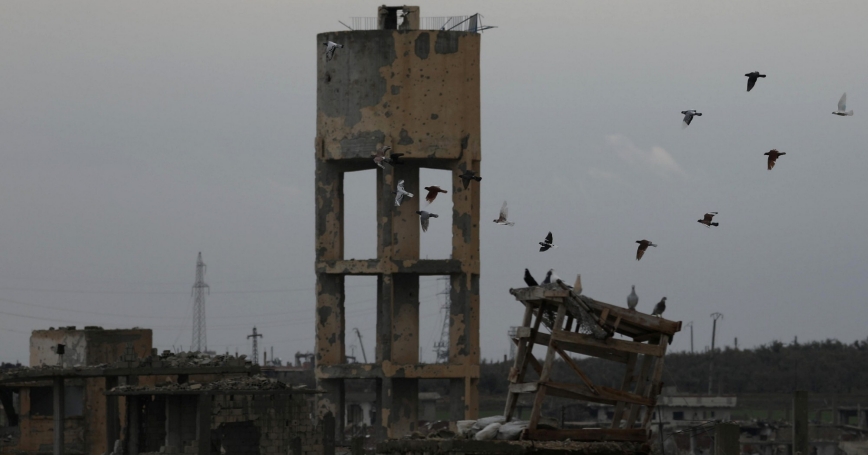 Birds fly above damaged buildings in a rebel-held area in the city of Deraa, Syria January 25, 2018

As the Islamic State continues to hemorrhage territory in Syria, Iran is extending its influence throughout the country as it works to establish a contiguous land corridor or “bridge” stretching from Tehran to Damascus and on to Beirut. The situation in Syria is transitioning from an active conflict zone to what is known in military parlance as the “gray zone,” an area of ambiguity that sits uncomfortably between peace and war.

In addition to blurring lines, gray zone conflicts are characterized by confusion and uncertainty surrounding the nature of the belligerents involved, which in turn, make it more difficult to discern the appropriate policies and authorities that military forces and intelligence services are working under.

Most successful gray zone strategies are incremental and the resulting actions are designed to avoid being provocative, even when they are otherwise alarming. For example, Iran is quietly building a permanent military base in Syria, approximately eight miles south of Damascus. The conflict in Syria is entering a new phase, one in which the threat from the Islamic State has been severely attenuated, with large sections of the country coming back under control of the Assad regime, even if the Syrian state still lacks the ability to actively govern these areas. In preparation for a post-conflict transition, Iran is working to help fill these security gaps by providing forces, training, and equipment.…

This commentary originally appeared on Lawfare on January 24, 2018. Commentary gives RAND researchers a platform to convey insights based on their professional expertise and often on their peer-reviewed research and analysis.