Siren Song: How Ambulance Data Could Help Police Forces in England and Wales 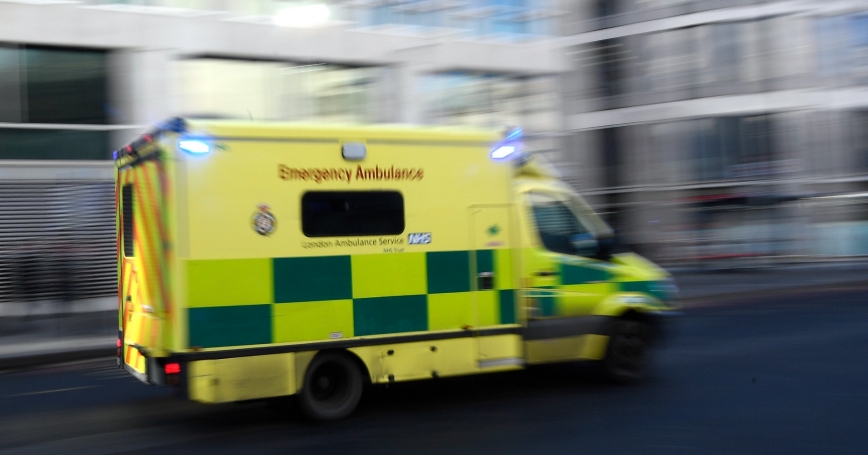 by Alex Sutherland and Lucy Strang

The most recent statistics from the UK Office for National Statistics showed that England and Wales have seen an 18 per cent increase in reports of violent crime in the past year.

Alongside this reported increase in violent crime, police forces in England and Wales have been experiencing significant cuts to services, including reductions in the number of frontline officers. As a result, many are searching for solutions that could allow them to do more with less.

Police forces can use the data to help identify violent crime that goes unreported to police, and aid problem-solving activities to reduce and prevent violence.

One possible solution is using ambulance data. Police forces can use the data to help identify violent crime that goes unreported to police, and aid problem-solving activities to reduce and prevent violence.

The study concluded that ambulance data is a new form of intelligence which may have value for violence prevention or reduction activities. However, the question for police forces is how they can gain access to the data and use it to support violence-reduction initiatives effectively.

To help answer this question, RAND Europe has produced practical guidance aimed at police, public health practitioners and violence-prevention partnerships with an interest in violence reduction that do not currently use ambulance data, or wish to extend their current use of ambulance data.

The guidance also identifies a number of potential uses of ambulance data, as well as common issues associated with the sharing and use of this information, particularly in the UK.

The collection of ambulance data is only a first step in violence reduction. Once a data-sharing partnership has been established, the data can then be used to identify geographical areas for intervention and to support the police in reducing violence.

This not only requires a good analysis of the data, but also an understanding among relevant partners about how the data can be used and interpreted.

As outlined in the guidance, there are many potential benefits to using ambulance data in supporting violence-reduction initiatives. The data can confirm or challenge police knowledge and other data sources, which enhances the evidence base around violence problems 'already known' to police.

It can also identify discrepancies between datasets to identify unknown patterns of violence, such as different locations, or different details about violence in similar locations.

Finally, the data can be used to support problem-solving by identifying locations, times and potentially population subgroups or communities that may be affected by violence. This can then be used to measure trends over time to track the impact of a problem.

There is also potential for ambulance data to be used to support deployments and resourcing of emergency services by helping to identify places and times where levels of violence are highest.

In addition, it could identify unknown cases of youth or gang-related violence where injury severity is low (e.g. not recorded in the ambulance data or A&E data), but where similar incidents are geographically concentrated.

This could perhaps indicate an ongoing gang rivalry or contested territory. Finally, using ambulance data as an additional metric of violence levels in an area could support the evaluation of police strategies and violence-reduction initiatives.

However, there are a number of potential limitations with using ambulance data. This data would have to be anonymized and protections put in place to make sure the privacy of those who summon ambulances is not compromised when data is shared with law enforcement.

While the data might be useful to identify and analyse trends in violence, it should not be used as a standalone data source. Analysts should always seek to triangulate the analysis of ambulance data with other data sources, such as police crime data, before drawing conclusions about overall trends related to violent crime.

Furthermore, it is important to stress that many of the suggested interventions around violence-reduction that have used ambulance data have not been empirically tested to determine if they are effective. Therefore, they should be approached as potentially good practice rather than as proven best practice.

Where these initiatives are implemented, their outcomes should be tracked and recorded to build an evidence base. Where the use of ambulance data can be linked to a reduction in violence in an area, then the success should be communicated to the staff providing the data—to encourage their continued support of the partnership—as well as to the broader community of practitioners making use of these data through channels, such as the College of Policing.

If ambulance data can be proven to be an effective resource for police forces in England and Wales, then it has great potential in supporting violence-reduction initiatives nationwide.

Alex Sutherland is a senior research leader and Lucy Strang is an analyst at RAND Europe. Both were involved in the study looking at the use of ambulance data by West Midlands Police.

This commentary originally appeared on Policing Insight on January 27, 2018. Commentary gives RAND researchers a platform to convey insights based on their professional expertise and often on their peer-reviewed research and analysis.