Israel Prepares to Take on Iran and Hezbollah in Syria 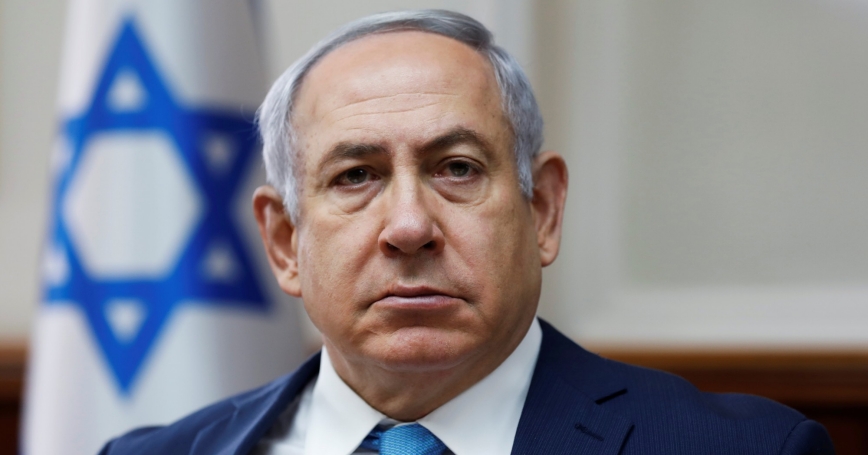 The recent military clashes between Israeli, Iranian, and Syrian forces have injected new volatility into an already explosive Middle East, increasing the likelihood of miscalculation and escalatory military action across the region.

As the Syrian civil war grinds on, the pressing concern is not an all-out war between Israel and a Syria whose military has been substantially depleted.

Instead, the real flashpoints are the potential for a permanent Iranian military presence in Syria and the transfer of precision-guided advanced weapons to Lebanese Hezbollah, both of which are stated redlines for Israel.

The most recent altercation began when an Iranian unmanned aerial vehicle (UAV) from central Syria penetrated Israeli airspace and was shot down. Israel responded with an air attack against Tiyas airbase in central Syria, the facility that controlled the UAV.

One Israeli F-16I fighter was shot down during the strike, and Israel's retaliation was swift and severe. It launched two waves of strikes, hitting Syrian air bases, air defense units, command-and-control facilities, and Iranian targets.

While this most recent clash represents a significant escalation in the conflict between Israel and Iranian forces in Syria, Israel has conducted several strikes on Syrian territory in recent years, aimed at convoys carrying advanced weaponry to Hezbollah, stores of advanced weapons, Syrian government facilities and an Iranian base under construction.

The Israeli government has been clear that permanent Iranian bases in Syria, Iranian and Hezbollah forces on its northern border, the transfer of advanced weapons to Hezbollah, and missile production facilities in Lebanon are unacceptable.

The Netanyahu government has indicated it is not seeking further escalation or a broader conflict, but has warned Iran that it will defend its sovereignty. The attacks were clearly meant as a warning not only to Iran, but also to Syrian President Bashar al Assad, who is hosting Iranian and Hezbollah forces on Syrian territory.

Israel has largely tried to avoid getting entangled in Syria, but now it faces new threats.

Israel has largely attempted to avoid getting entangled in the Syrian civil war, but both Iran and Hezbollah's presence in Syria and Hezbollah's acquisition of advanced weaponry, potentially including a nascent precision strike capability, present a new and significant threat. Indeed, Israel estimates Hezbollah has up to 150,000 rockets and missiles; a precision targeting capability would be a game changer, allowing Hezbollah to hold vital Israeli infrastructure and population centers at risk with far fewer weapons due to increased accuracy.

Of note, during this latest clash, Israel temporarily closed Ben Gurion Airport, its main transportation hub and point of access to the outside world, out of concern about a retaliatory attack.

Likewise, Iran and Hezbollah are not looking to escalate in the near term—both are still focused on the conflict in Syria. However, Iran's willingness to penetrate Israeli airspace with a UAV, build facilities in Syria, and continue attempting to transfer advanced weaponry to Hezbollah in Lebanon, despite Israeli interdiction efforts, is highly provocative and increases the risk of miscalculation and war.

Israel has repeatedly demonstrated it will take military action against this threat.

If war breaks out between Israel on the one hand and Iran and Hezbollah on the other, it almost certainly will be far larger in scope and more destructive than the conflict in 2006. Hezbollah has a more capable military with a much larger rocket and long-range missile force that can strike deep into Israeli territory.

For its part, Israel will likely feel compelled to demonstrate a decisive victory on the battlefield, unlike in 2006, and try to eliminate Hezbollah's military capabilities as fully as possible. Hezbollah strikes against key Israeli infrastructure and population centers would likely be met with a ferocious air campaign targeting Lebanese vital infrastructure, along with a wide range of Hezbollah targets. Any Israeli operation would almost certainly include a robust land campaign as well.

And unlike in 2006, this conflict probably would not remain contained to Lebanon and Israel. Given the Iranian and Hezbollah presence in Syria, Israeli attacks almost certainly would include targets in Syria as well.

The presence of nearby Russian, Iranian, and U.S. forces risks a broadening of the conflict.

Moreover, the presence of Russian, Iranian, and U.S. forces in close proximity risks a broadening of the conflict. Israel could formally request U.S. military assistance in the event it is overwhelmed by Hezbollah rocket and missile strikes, potentially putting U.S. forces in contact with both Iranian and Russian ones.

As the fight against ISIS winds down, the United States could work with both the Israelis and Russians to end advanced weapons transfers to Hezbollah and secure the withdrawal of Iranian and Hezbollah forces from Syria to minimize the risk of an escalatory conflict. This could be a significant challenge; Tehran will likely resist as it seeks to secure its influence in Syria over the long term and ensure easy access to its Hezbollah proxy in Lebanon.

While none of the parties are looking to launch another war at present, military engagements are likely to continue as long as Iranian and Hezbollah forces are deployed in Syria and engage in provocative behavior, increasing the likelihood of a new, destructive war between Israel, Hezbollah, and Iran.

This commentary originally appeared on Newsweek on February 17, 2018. Commentary gives RAND researchers a platform to convey insights based on their professional expertise and often on their peer-reviewed research and analysis.