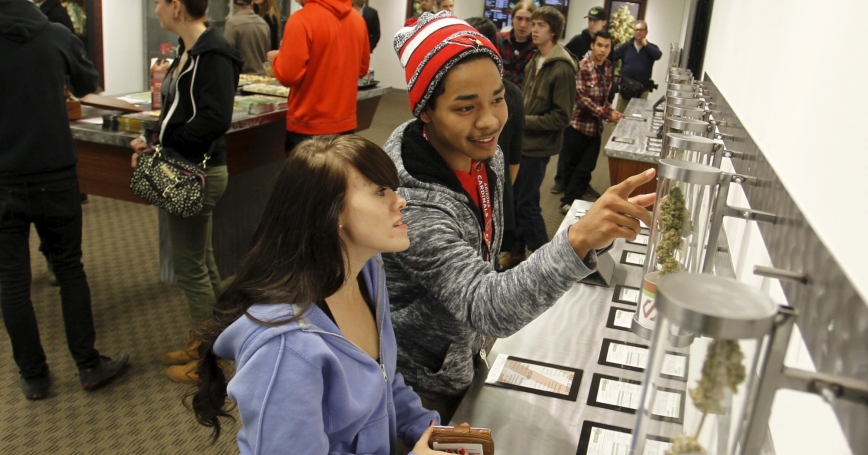 Young adults between the ages of 18 and 25 have been shown to be the most prevalent and problematic users of marijuana. And now with laws for recreational marijuana sales emerging in multiple states, there is a need to understand how the potential for harm can be minimized among young adults who choose to use the drug.

My colleagues and I at RAND and other research institutions have developed a Protective Behavioral Strategies Scale for Marijuana that helps identify some practices young adults can use to help limit their use of marijuana and avoid negative consequences.

Marijuana laws have changed substantially in the United States over the past 22 years. Since 1996, 29 states and the District of Columbia have implemented medical marijuana laws. In the past five years, nine states and D.C. have established laws to legalize the sale and/or possession of recreational marijuana. As a result of legalization, dispensaries that sell marijuana have proliferated in legal states, granting legal access to those age 21 and older regardless of medical conditions.

We are still learning about the effects of legalization on marijuana consumption, but young adults between the ages of 18 and 25 represent the drug's most prevalent users and 5 percent of those in that age category meet criteria for cannabis use disorder — more than double the percentage of individuals in any other age category. Given that young adults are using the drug, and it is becoming increasingly more available for medical and recreational use, there is a need to understand whether the potential for harm can be minimized among those who choose to use marijuana.

One of my mentors in graduate school at the University of Washington, the late Alan Marlatt, was instrumental in challenging the notion that misuse of alcohol could only be controlled by abstinence, as in never using it again. He demonstrated that “harm-reduction techniques” could help individuals limit their use so that they experience few to no harms from use. Any step toward reduced risk, such as drinking one less day per week or limiting oneself to two drinks per day, was a step in the right direction. This proved to be an effective approach for some people and has been particularly attractive to young adults. That is, if young people chose to drink, they were provided with strategies for how to moderate their drinking in a way to minimize associated harms.

College students who use these strategies were at less risk for heavily using the drug and experiencing negative consequences.

Using Marlatt's principles, my colleagues and I developed a list of strategies that young people can turn to before, during, after — or instead of — using marijuana to help protect themselves from experiencing negative consequences. In multiple studies we have shown that to be true: College students who use these strategies were at significantly less risk for heavily using the drug and experiencing negative consequences from use. And we came to a similar conclusion in another study with young veterans.

We have developed 36-item and 17-item versions of our list of strategies — the Protective Behavioral Strategies Scale for Marijuana (or the PBSM) — that researchers and clinicians can use in their research studies and in practice. Items on the list relate to a variety of situations and practices, and include strategies that may be helpful to try if someone desires to cut down use, wants to limit use around certain times of the day, and avoid or limit use in particularly risky situations, such as when everyone else around them is using. Some examples of items on the list are:

Guidelines for lower risk marijuana use have also been recommended by other authors that are consistent with the PBSM, such as avoiding deep inhalation, not driving after use, and choosing to use lower potency products. The PBSM represents a first step toward measuring marijuana protective behaviors among young adults. But there is still much to be done. My colleagues in the Research Society on Marijuana are designing studies that utilize PBSM strategies to answer important research questions such as whether the use of these strategies by young adults can help explain why some people experience consequences from marijuana and others do not. They are also further refining the measure by testing it with young adults in other countries and by inviting individuals to add their own protective strategies to the list.

Eric R. Pedersen is a behavioral scientist at the nonprofit, nonpartisan RAND Corporation.