The Long Game on Infrastructure 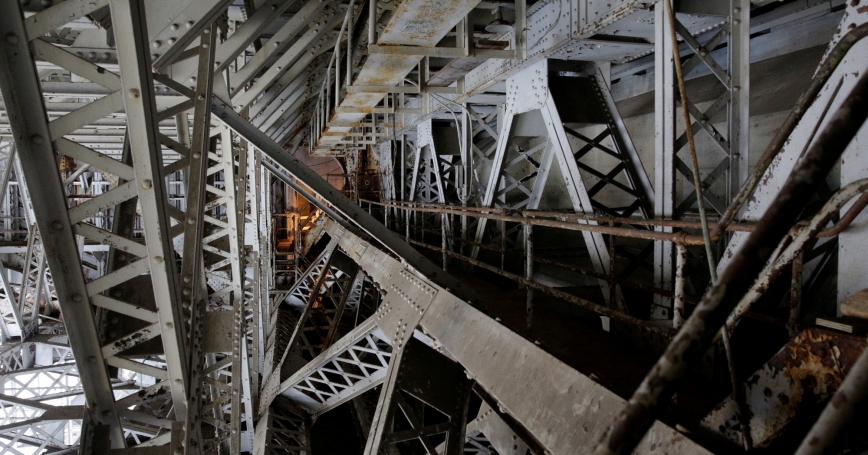 Steel beams on the draw span, which needs replacement, are shown on the Arlington Memorial Bridge in Washington, U.S., June 20, 2016

by Debra Knopman and Martin Wachs

With the release (PDF) of its Legislative Outline for Rebuilding Infrastructure in America, the Trump administration announced its intent to rely on state, local and private investment to provide the lion's share of new infrastructure funding. Local projects with the highest non-federal share of funding would have priority and a project's economic benefits to the public would take a back seat to revenue potential in the plan's ranking system. But with its lack of new federal funding, the plan may not be the best path to economically beneficial or creative solutions to America's most serious regional, national and long-term problems.

The plan would diminish the federal role in funding and regulation and reduce requirements for environmental permit reviews that the administration blames for slowing project approvals. Private developers would be incentivized to play much larger roles in financing public infrastructure.

The president's plan asserts that federal spending of $200 billion over the next 10 years will unleash some $1.3 trillion in new spending by states, local governments and private developers for a total of $1.5 trillion. But most of the $200 billion would likely come from cuts in existing infrastructure and other domestic programs—it would not be “new” money on top of current federal infrastructure programs unless Congress acts to raise the gas tax or generate other new revenues.

How the six- or seven-fold increase in state, local and private investment would happen is a mystery. The plan includes $20 billion for federal spending on “transformative projects,” defined as projects with positive impacts unlikely to attract private investment.

Block grants to rural states for spending on infrastructure are another element of the plan, with a total set-aside of $50 billion. Rural economies need a boost, but the vast majority of aging infrastructure and most economic growth are in highly urbanized states.

Even more important than imprecision about national spending priorities is the absence of clarity about the future federal role and the need to raise new revenues and increase direct spending on infrastructure. With the interstate highway system complete, many believe federal leadership in transportation funding is no longer necessary and that the federal share of transportation spending, now less than 25 percent of the annual $220 billion (PDF) total, can continue to decline. They maintain that local projects should be supported by local resources, public and private. This is already the case for water and wastewater utilities where the federal share is only 4 percent, although most local governments depend on federal subsidies through tax-exempt municipal bonds for financing and low-interest loans through federal and state programs.

Federal retreat is appropriate for projects that largely benefit local populations. But an entirely different class of projects could bring widespread benefits to larger regions and the nation as a whole. Such projects would transcend state boundaries and promote clearly national goals. Harbor improvements, major flood control works on the nation's great rivers,and the interstate highway system were the reasons the federal government years ago began funding “internal improvements.” The Clean Water Act of 1972 cleaned up the nation's rivers and streams. It initiated a massive public works program to help cities of all sizes build secondary sewage treatment plants to comply with new water quality standards.

The nation has different needs now, but there still are national needs. More than 60 percent of the interstate highway system was built before 1970, and a renewed national road network is needed no less in the current era of fast-changing new road and vehicle technologies than it was in the 1950s. Freight hubs connecting rail, roads and ports around the country are congested and reaching their limits. The plan would allow states to toll interstates to raise needed money for improvement, but it does not mention how the bankrupt federal highway trust fund could be put on sound footing.

Urban mass transit—considered a national asset in other countries—provides economic and environmental benefits that cannot be fully financed by fares. The plan requires local governments to capture land value increases near transit stations to fund transit, but does not commit sufficient federal money to match local revenue. Coastal and riverine cities are struggling to keep up with increasing threats from stormwater flooding, with federal spending on recovery from natural disasters—mostly flood-related—exceeding $300 billion in 2017 alone. Federal spending on protection could save federal money on recovery.

The conversation about national infrastructure policy should be not only about which level of government or which private investors will put up the money. It should be a call for imagination and vision of what U.S. infrastructure needs to be for a prosperous 21st century. The conversation could and should transcend party politics. Achieving that could be the biggest transformative project of all.

This commentary originally appeared on U.S. News & World Report on February 16, 2018. Commentary gives RAND researchers a platform to convey insights based on their professional expertise and often on their peer-reviewed research and analysis.