Hit Russia Where It Hurts: Take Away World Cup 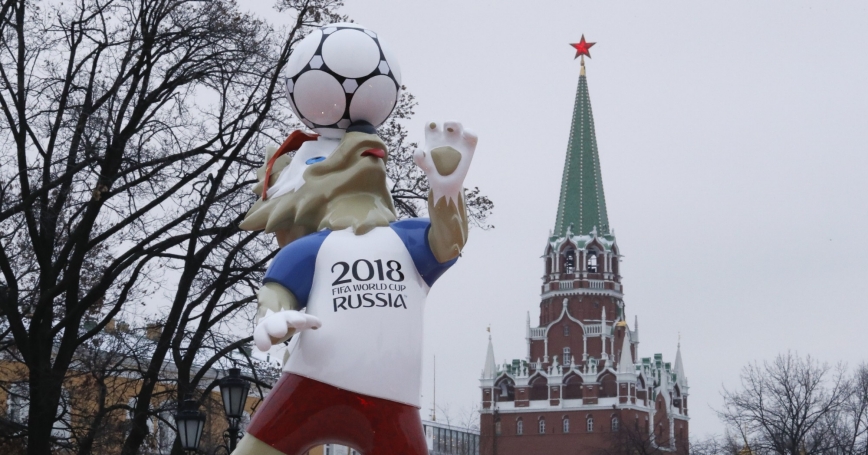 Zabivaka, the official mascot for the 2018 FIFA World Cup Russia, with the Kremlin in the background, in Moscow, Russia, November 29, 2017

The recent nerve agent attack targeting a Russian double agent and his daughter in Great Britain is only the most recent act of state-sponsored violence attributed to the government of Vladimir Putin. The British, the U.S. and other governments responded by expelling Russian diplomats among other unilateral gestures. But this particularly heinous crime cries out for a more collective response that effectively signals that acts like these are offensive and unacceptable.

What kind of international response would get Moscow's attention? Certainly, trade embargoes and financial sanctions would inflict real economic pain on Russia. But there are other options to consider. Dictators such as Putin crave demonstrations of ceremonial power and public spectacle, such as high-profile sports tournaments. The 2014 Winter Olympics in Sochi was one such opportunity for the Russian leader to try to show his people that under his rule Russia is a respected member of the community of nations and show off Russian athletic prowess.

Russia is gearing up to host the 2018 World Cup soccer tournament, which will kick off in a few months—the opening game is to be played on June 14 in Moscow. This global sporting extravaganza will involve the national teams of 32 countries—including Russia—playing 64 total games in 11 Russian cities over the course of four weeks.

Revoking Russia's right to host the tournament would be a powerful signal of global outrage and would hit Putin where it hurts. The international football federation FIFA could switch the games to another venue. While any number of countries would love to step in, only a handful of countries could effectively host an international sporting event of this magnitude on short notice. The United States is an obvious candidate—indeed, the United States stepped in to host the 2003 FIFA Women's World Cup when the original host country, China, was stricken by the SARS epidemic.

In 2018, however, Great Britain might be a most appropriate alternative venue. Britain has not hosted a World Cup tournament since 1966, has numerous large stadiums and has demonstrated the capability to host major international sporting events, most recently the 2012 London Olympics.

FIFA President Gianni Infantino could act swiftly and convene as many of the 37 members of FIFA Council as quickly as possible. While only the full FIFA Congress has the authority to make decisions about relocating World Cup tournaments, the council does have the authority to “temporarily suspend with immediate effect” a national association from FIFA if a country is deemed to have “seriously violated its obligations.” If the FIFA Council voted to suspend the Russian association's membership, then Russia would no longer be eligible to participate in or host the 2018 World Cup tournament.

On what grounds could FIFA take this action? The organization's statutes state that FIFA is committed to “the protection” of “human rights” and FIFA's regulations for 2018 World Cup stipulate that Russia must ensure the “safety” of spectators and players during the tournament and prevent “outbreaks of violence.” Given Russia's record of violence and intimidation both within and beyond its borders, can the security of tens of thousands of players and fans from around the world be assured?

Such action would not be unprecedented: In 1992 FIFA banned war-ravaged Yugoslavia from competing in the European football championship tournament hosted by Sweden following sweeping sanctions imposed by the United Nations Security Council.

FIFA could hit Russia where it hurts; maybe then Putin will understand the score.

Andrew Scobell is a scholar of the world's game and a senior political scientist at the nonprofit, nonpartisan RAND Corporation.