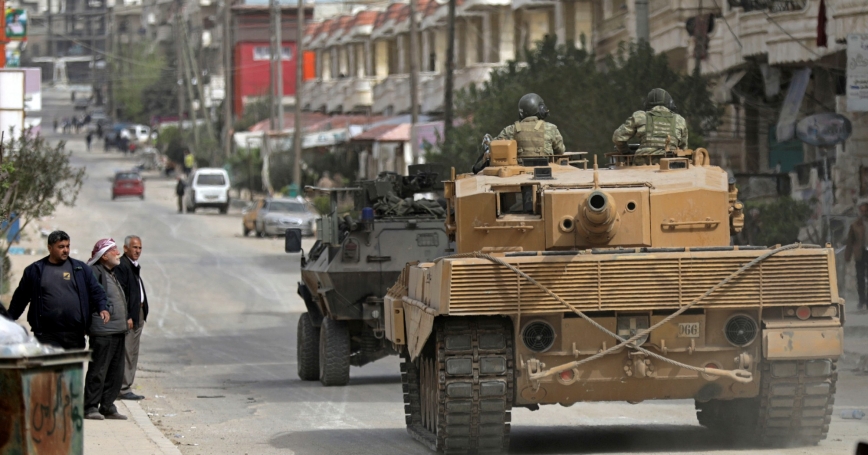 Nature abhors a vacuum, and this is never truer than on the Syrian killing fields.

With the Islamic State's surviving fighters relegated to small pockets of the most austere bastions of the Syrian desert, the Turkish army likely sees an opportunity to capture Syria's northern border, in order to project power, consolidate territory, and expand its own sphere of influence throughout the near abroad.

Turkey's latest Syrian military incursion, dubbed “Operation Olive Branch,” was launched in mid-January against the People's Protection Units (YPG) in the border city of Afrin, one of Syria's autonomous cantons. Turkey's objective was to deny the YPG a continuous corridor in the hilly northern Syrian border, where terrorist cadres have traveled back and forth unmolested since the onset of the Syrian Civil War. While the Turkish military and the Turkish-backed Free Syrian Army have advanced considerably to surround Afrin, and entered the city center on March 18, the 58th day of the operation, many lives have been lost, including several dozen Turkish soldiers, over a hundred Free Syrian Army members and some 3,000 YPG fighters, according to official Turkish statements.

Media observers of Turkey's incursions argue that the country's president, Recep Tayyip Erdoğan, aims to mobilize his base at home with a “glorious little war” and to boost his cachet among surviving jihadist groups in the Middle East by directly countering the YPG, while indirectly challenging the United States by portraying himself as a leader willing to stand up to Washington.

For years, Erdoğan and Turkey's National Intelligence Organization (MIT) have expressed tacit support for Sunni groups, including some of their more extreme elements, in an attempt to isolate the Marxist-friendly YPG in Syria. The logic is simple: Turkey seeks to dominate northern Syria by using its local Syrian Sunni populations, even radical ones, as proxies…

Ahmet S. Yayla is an adjunct associate professor at Georgetown University, a fellow in the Program on Extremism at George Washington University and a former counterterrorism police chief in Turkey. Colin P. Clarke is a political scientist at the nonprofit, nonpartisan RAND Corporation and a non-resident senior fellow in the program on national security at the Foreign Policy Research Institute (FPRI).

This commentary originally appeared on The National Interest on April 1, 2018. Commentary gives RAND researchers a platform to convey insights based on their professional expertise and often on their peer-reviewed research and analysis.