The Limits of Russian Strategy in the Middle East 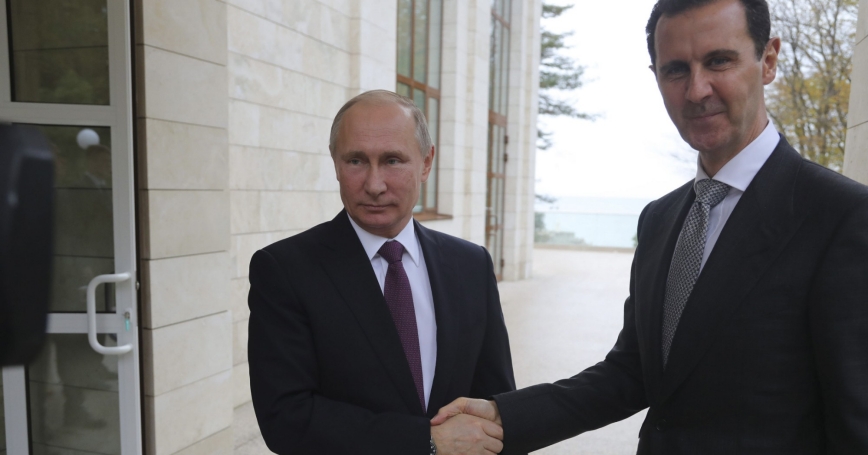 by Ben Connable and Becca Wasser

In the nearly three years since Russia's intervention in Syria, Moscow has managed to prevent regime collapse. To some, this intervention along with increased economic and political engagement throughout the region represented Russia's return to the Middle East and an attempt to recapture the level of regional influence once enjoyed by the Soviet Union. To others, the intervention signaled a new strongman approach to the Middle East: a newly interventionist Russia might be willing to intervene in other countries where it holds interests, such as Libya. Both lines of thought establish Russia as a potential kingmaker and spoiler in the Middle East, a central actor potentially capable of rivaling Western influence. But there is danger in extrapolation from the Syria operation and analysts should be cautious in lending too much significance to this renewed activity. While Russia does have a long-term strategy in the Middle East, it is freighted with significant restraints and constraints.

Moscow's approach in the Middle East may appear arbitrary as it lacks a clear ends-driven approach, focuses on the short-term, and seems, at least superficially, to be ruthlessly opportunistic and transactional. But this seemingly tactical, short-term approach does constitute a strategy. Arguably this strategy is well-suited to the post-Soviet Russian state. In a previous paper, we found that Russia's long-term intent is to maximise short-term economic, military and political advantages in the Middle East while reducing the short-term advantages and opportunities of its adversaries. Presenting its foreign policy as secular, transactional and non-ideological has given Russia greater freedom to engage competing actors like Saudi Arabia and Iran. Ideological neutrality increases the number of available opportunities for influence, economic investment, and if necessary, disruption. This resource and opportunity-dependent approach allows Moscow to exploit available chances brought about by the Middle East's unpredictable dynamics while limiting costs and commitments. Russia's flexible approach also stands in stark contrast to those of the US, UK and other Western states.

But Russia's Middle East strategy holds clear limitations and has real practical drawbacks. When Russia's resources and opportunities are scarce and engagements with Middle Eastern states decrease, influence will decrease accordingly. Absent deeper commitments, Russia is beholden to other actors, dynamics and events to create windows of opportunity. When Russian interests move into alignment with another actor, short-term deals are easy, often low-risk and fruitful. But the value of these deals is limited. Russia may offer an alternative to the West—and specifically to the US—but it is not necessarily an attractive alternative. Non-ideological, quid-pro-quo relationships do not tend to generate longstanding allies. In fact, Russia has no true, consistent allies in the Middle East. Russia can influence and shape outcomes in the region, but it cannot set or control a dominant agenda unless it risks unilateral intervention: it also wants for global allies it can rely on to help sustain its interests or obtain objectives in the Middle East. At best, Russia can sustain a few existing relationships and influence state behaviour, make money on the margins, and complicate Western policy options in the region.

Syria represents both the benefits of the tactical and transactional approach and the limits of Russian policy and capability. In Syria, Russia prevented the collapse of the regime of President Bashar al-Assad at a relatively small cost. It has also reinforced its presence in the Levant, rebuilt its naval and air bases, and arguably made a significant dent in the Sunni extremist threat to the homeland. Mutually beneficial arrangements with Iran and Lebanese Hezbollah have generated favourable short-term results in northern Syria. But safe disengagement looks increasingly more difficult and unlikely. More to the point, Syria is the only country in the Middle East that has a consistent strategic relationship with Russia. Even this relationship is shaky. Nothing that has taken place in Syria should be extrapolated beyond its borders.

Elsewhere in the region, Russia has leveraged its non-ideological strategy to generate a number of temporary wins. For instance, Moscow has been able to bolster relations with Israel while simultaneously deepening military cooperation with Iran. But the inherent contradictions overlooked in non-ideological engagement prevent confidence-building with leaders who tend to view the region through primordialist lenses: they desire long-term commitment and consistency to preserve a stable status quo. Our workshops revealed that key leaders in the Middle East see engagement with Russia as a threat to Western partnership; as a temporary, second-best alternative to the US; or as a practical necessity to gain short-term economic or security benefits. Quid quo pro demands in these relationships are ruthless and the connections are ultimately ephemeral. It is not clear how Russia's tactical gains in the Middle East can be translated into long-term strategic success.

This makes clear the greatest limitation of Russia's regional strategy: it is not Russia, but the Middle Eastern states themselves that determine the depth of their relations with Moscow and therefore the outcomes of any Russian activities in the region. Just as Russia seeks to engage in the Middle East for its own benefit—whether driven by economics or a desire for prestige—these states also seek to use Russia to their advantage. There is little potential strategic cost to Middle Eastern states for disengagement from Russia; short-term, transactional relationships can be turned on and off at will. Therefore, it is the Middle Eastern actors that hold primacy in the relationship and have the agency to determine the viability and success of any Russian strategy, both in the short and long term.

Ben Connable is a senior political scientist at the nonprofit, nonpartisan RAND Corporation and a retired Marine Corps intelligence and Middle East Foreign Area officer. His work focuses on irregular warfare issues and intelligence methodology. Becca Wasser is a policy analyst at the nonprofit, nonpartisan RAND Corporation, where her primary research areas include wargaming, international security, and US defence and foreign policy in the Middle East.

This commentary originally appeared on London School of Economics on May 10, 2018. Commentary gives RAND researchers a platform to convey insights based on their professional expertise and often on their peer-reviewed research and analysis.