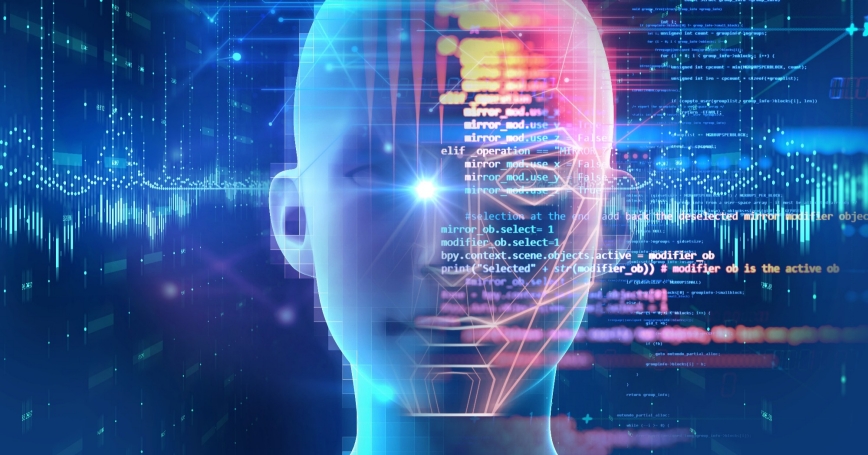 As a teenager in Nigeria, I tried to build an artificial intelligence system. I was inspired by the same dream that motivated the pioneers in the field: That we could create an intelligence of pure logic and objectivity that would free humanity from human error and human foibles.

I was working with weak computer systems and intermittent electricity, and needless to say my AI project failed. Eighteen years later—as an engineer researching artificial intelligence, privacy, and machine-learning algorithms—I'm seeing that so far, the premise that AI can free us from subjectivity or bias is also disappointing. We are creating intelligence in our own image. And that's not a compliment.

Researchers have known for a while that purportedly neutral algorithms can mirror or even accentuate racial, gender, and other biases lurking in the data they are fed. Internet searches on names that are more often identified as belonging to black people were found to prompt search engines to generate ads for bail bondsmen. Algorithms used for job-searching were more likely to suggest higher-paying jobs to male searchers than female. Algorithms used in criminal justice also displayed bias.

Purportedly neutral algorithms can mirror or even accentuate racial, gender and other biases lurking in the data they are fed.

Five years later, expunging algorithmic bias is turning out to be a tough problem. It takes careful work to comb through millions of sub-decisions to figure out why the algorithm reached the conclusion it did. And even when that is possible, it is not always clear which sub-decisions are the culprits.

Yet applications of these powerful technologies are advancing faster than the flaws can be addressed.

Recent research (PDF) underscores this machine bias, showing that commercial facial-recognition systems excel at identifying light-skinned males, with an error rate of less than 1 percent. But if you're a dark-skinned female, the chance you'll be misidentified rises to almost 35 percent.

AI systems are often only as intelligent—and as fair—as the data used to train them. They use the patterns in the data they have been fed and apply them consistently to make future decisions. Consider an AI tasked with sorting the best nurses for a hospital to hire. If the AI has been fed historical data—profiles of excellent nurses who have mostly been female—it will tend to judge female candidates to be better fits. Algorithms need to be carefully designed to account for historical biases.

Occasionally, AI systems get food poisoning. The most famous case was Watson, the AI that first defeated humans in 2011 on the television game show Jeopardy. Watson's masters at IBM needed to teach it language, including American slang, so they fed it the contents of the online Urban Dictionary. But after ingesting that colorful linguistic meal, Watson developed a swearing habit. It began to punctuate its responses with four-letter words.

We have to be careful what we feed our algorithms. Belatedly, companies now understand that they can't train facial-recognition technology by mainly using photos of white men. But better training data alone won't solve the underlying problem of making algorithms achieve fairness.

Algorithms can already tell you what you might want to read, who you might want to date and where you might find work. When they are able to advise on who gets hired, who receives a loan or the length of a prison sentence, AI will have to be made more transparent—and more accountable and respectful of society's values and norms.

The next step is to disclose when humans are subject to decisions made by AI. Top-down government regulation may not be a feasible or desirable fix for algorithmic bias. But processes can be created that would allow people to appeal machine-made decisions—by appealing to humans. The EU's new General Data Protection Regulation establishes the right for individuals to know and challenge automated decisions.

Today people who have been misidentified—whether in an airport or an employment database—have no recourse. They might have been knowingly photographed for a driver's license, or covertly filmed by a surveillance camera (which has a higher error rate). They cannot know where their image is stored, whether it has been sold, or who can access it. They have no way of knowing whether they have been harmed by erroneous data or unfair decisions.

Minorities are already disadvantaged by such immature technologies, and the burden they bear for the improved security of society at large is both inequitable and uncompensated. Engineers alone will not be able to address this. An AI system is like a very smart child just beginning to understand the complexities of discrimination.

To realize the dream I had as a teenager, of an AI that can free humans from bias instead of reinforcing bias, will require a range of experts and regulators to think more deeply not only about what AI can do, but what it should do—and then teach it how.

Osonde Osoba is an engineer at the nonprofit, nonpartisan RAND Corporation and a member of the faculty of the Pardee RAND Graduate School.

This commentary originally appeared on TechCrunch on August 20, 2018. Commentary gives RAND researchers a platform to convey insights based on their professional expertise and often on their peer-reviewed research and analysis.