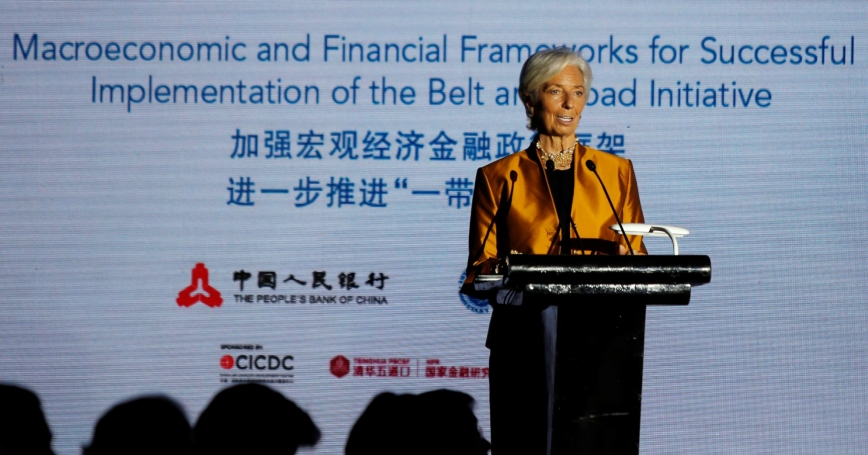 President Trump is clearly no fan of the liberal international order, but he isn't an isolationist or unilateralist either. He is a bilateralist. Mr. Trump prefers to negotiate with each nation one-on-one, confident that no individual competitor can match American power. But a strategy of divide and rule works only if competitors stay divided.

One effort to defend Mr. Trump's skeptical view of multilateralism appeared on [the pages of the Wall Street Journal] during his administration's first months. In a May 2017 op-ed, the president's then national security and economic advisers, H.R. McMaster and Gary Cohn, argued that “the world is not a 'global community' but an arena where nations … compete for advantage.” Consistent with this view, Mr. Trump has railed against the North Atlantic Treaty Organization, the North American Free Trade Agreement, the United Nations, the World Trade Organization, and the European Union—all major multilateral institutions—while withdrawing the U.S. from the Paris climate accord, the seven-nation nuclear agreement with Iran, and the Trans-Pacific Partnership.

This behavior runs counter to 70 years of U.S. policy. At the ends of both world wars, America sought to establish multilateral arrangements to keep peace and promote prosperity. It succeeded on its second try; two wars and the Great Depression had provided compelling evidence that neither isolationism in foreign policy nor bilateralism in trade policy would serve U.S. interests. So America built an international order in which nations still compete for advantage, but do so within rules that restrain armed conflict and trade manipulation.

Many are now questioning whether any rules-based multilateral order can survive the withdrawal of its founding and leading member. The answer is yes. There is plenty of evidence that Europe, China, Japan, and the rest of the developed world will continue to maintain existing multilateral structures and build new ones, even if America bails. The other partners of the TPP have decided to go ahead without the United States. Japan and the EU reached an agreement in July to form the world's largest free-trade partnership. And the EU is strengthening its security arrangements, hedging against the possibility that NATO won't suffice.

Though the order will survive, it will become less liberal, less democratic, and perhaps less peaceful. China already is working both to buttress the international system and reshape it in its interest. It moved within the International Monetary Fund to make the renminbi a reserve currency alongside the dollar. China also has created its own multinational development bank, which has secured the participation of many major American allies, including Germany, France, the United Kingdom, and Australia. The Chinese have become the largest contributor to international peacekeeping efforts among the five permanent members of the U.N. Security Council. Finally, China's Belt and Road Initiative is promoting massive new infrastructure projects to tie together the economies of 70 countries from East Asia to Western Europe.

The real alternative to an American-led rules-based international order isn't successful bilateralism. It's a Chinese-led order.

James Dobbins is a senior fellow with the nonprofit, nonpartisan RAND Corporation and a former Assistant Secretary of State for Europe.

This commentary originally appeared on The Wall Street Journal on July 24, 2018. Commentary gives RAND researchers a platform to convey insights based on their professional expertise and often on their peer-reviewed research and analysis.