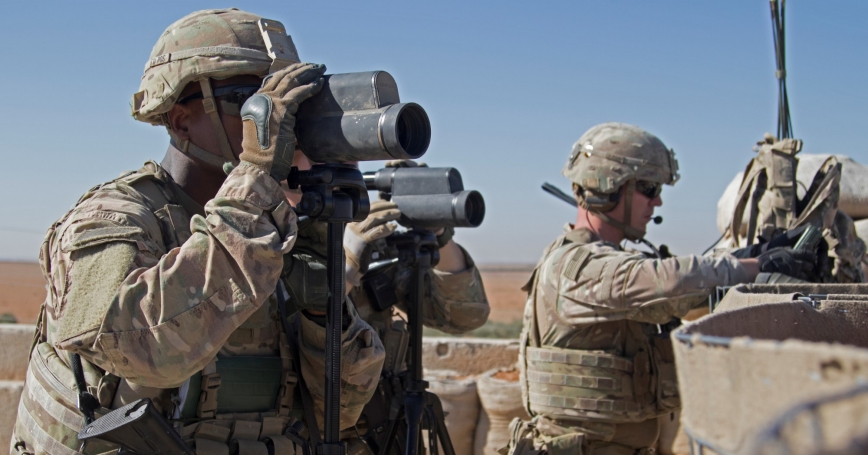 President Donald Trump's planned withdrawal of American troops from Syria, a move that prompted the resignation of Defense Secretary Jim Mattis, was the right decision in the wrong way and at the wrong time. Unless modified it could have disastrous consequences.

The American military has been overextended in the Middle East since 2003. Invading Iraq was a strategic blunder of the first order, perhaps the most costly in American history. Since 2008, first Barack Obama and now Trump have sought to begin extricating the United States from some of these commitments. Obama announced a pivot to Asia and a new concentration on the rising Chinese challenge. The Trump administration's national security strategy, announced last year, extended this rebalancing in order to prioritize countering Russia as well as China.

Actually engineering these shifts has proved difficult. Places like Iraq, Syria and Afghanistan are sticky. They are not called quagmires for nothing. Commitments are made, obligations undertaken, solemn promises offered, coalitions built, local partners recruited. And everything which results rests upon the good faith and reliability of the United States.

In 2011, Obama pulled the plug on the American military presence in Iraq. He thereby abandoned the Sunni tribal militias that had helped U.S. forces defeat al Qaeda and drove the survivors into Syria to the mercies of a corrupt Shia-dominated government. In 2014, when those al Qaeda remnants, now reorganized as Islamic State, burst out of Syria, nothing appeared to stand between them and Baghdad. Only the combined efforts of the United States and Iran allowed the Iraqi government to hold its capital and eventually retake the rest of its territory.

Trump's desire to withdraw from Syria is consistent with his and his predecessor's national strategies, but the manner in which the decision has been taken is highly counterproductive. Surprise as a device to throw one's adversaries off balance has utility, but this decision has only discomfited America's friends. The United States leads a multi-national military coalition in Syria, none of whom were consulted. Several of Syria's neighbors, notably Israel and Iraq, are going to be negatively affected.

The most immediately impacted will be America's partners on the ground, the Kurdish-dominated militias that have done most of the fighting and dying in the largely successful and still ongoing campaign against Islamic State. The minimum condition for withdrawal from Syria compatible with America's honor and credibility is to help its Kurdish allies negotiate an arrangement with the Damascus regime (and with Turkey) that affords them some degree of political autonomy and allows them to continue to secure the population and suppress Islamic State in the east of the country. Simply walking away and allowing these former partners to be crushed between two hostile forces would be the worst debacle for the United States since the fall of South Vietnam. Yet American officials, operating on the assumption that U.S. forces would be remaining a while longer, have been dissuading the Kurds from seeking such an arrangement with the regime in Damascus.

Another collateral victim of this decision is likely to be the peace negotiations on Afghanistan. American officials are currently in talks with the Taliban about an end to that war, an intra-Afghan dialogue leading to the inclusion of the Taliban in an expanded national government and the withdrawal of American and other NATO forces. Trump's decision on Syria, and his reported desire to also begin withdrawing troops from Afghanistan, will pull the rug out from under the American and Afghan government negotiators, giving the Taliban every incentive to await a comparable move by the U.S. president on Afghanistan.

Despite his relative inexperience, Trump has so far avoided the kind of military blunders that in the light of history have marred the performance of many of his predecessors—Presidents John F. Kennedy's Bay of Pigs, Lyndon Johnson's post-Tonkin Gulf escalation in Vietnam, Bill Clinton's Black Hawk Down battle in Somalia, George W. Bush's invasion of Iraq and Obama's 2011 withdrawal from Iraq. This may be about to change.

Bob Corker, the Republican chair of the Senate Foreign Relations Committee, has asserted that Trump's withdrawal decision was made for political purposes. If true, this would not be the first time for this or any other president. But the apparently impulsive nature of this decision, heedless of evident consequences, uncoordinated with allies or even among the relevant U.S. agencies should be cause for alarm. With the arrival of a new Congress in January, American domestic politics are likely to become even more turbulent. If this turbulence spills over into the realm of national security, we could all be in for a very rough ride.

James Dobbins is a senior fellow at the nonprofit, nonpartisan RAND Corporation and a former U.S. assistant secretary of state.

This commentary originally appeared on Reuters on December 24, 2018. Commentary gives RAND researchers a platform to convey insights based on their professional expertise and often on their peer-reviewed research and analysis.