Shutdown Could Provide Opening for Adversaries to Corrupt Those Protecting the U.S. Homeland 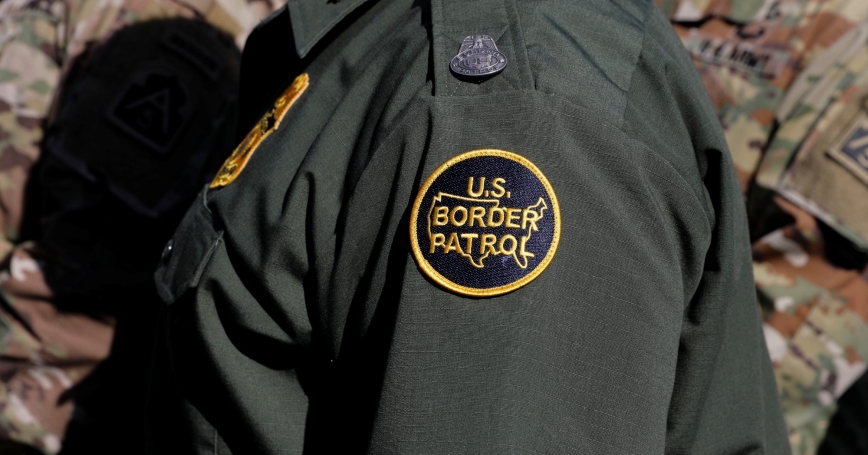 A U.S. Border Patrol agent at the San Ysidro port of entry from Mexico in San Diego, California, November 9, 2018

The longest government shutdown in modern U.S. history turns one month old on Tuesday. The financial stress faced by federal workers who have already missed their first paycheck has been well documented. But the threat to homeland security has not.

U.S. adversaries could exploit the shutdown by trying to corrupt border agents and airport screeners who are doing their jobs but not getting paid. Transnational criminal organizations and drug cartels have tried to bribe officers before.

The Project on Government Oversight reported last April that at least 13 employees have been arrested on corruption-related charges since January 2017. In November 2017, a border patrol agent was arrested for bribery and drug-related charges.

An infinitesimal number of Department of Homeland Security (DHS) officers have ever even been accused of corruption, but even a small increase could compromise U.S. homeland security.

Unlike airport screeners, who are more likely to live near metropolitan areas and possibly have more employment opportunities, border agents stationed in remote areas along the nation's southwest border may have few alternatives to offset the financial burden caused by the government shutdown.

However, this rigorous process became viewed as burdensome and, in 2017, the House passed legislation that would expedite hiring by allowing some Customs and Border Protection applicants to skip the polygraph test.

James Tomsheck, the former assistant commissioner for the Customs and Border Protection Office of Internal Affairs, said the legislation “would exacerbate corruption and abusive misconduct” and “threaten our national security.”

Additionally, those responsible for safeguarding against corruption, including the DHS Office of Inspector General, are operating with significantly reduced staffs. The majority of employees at the inspector general's office are under furlough.

Without these watchdogs ferreting out fraud, waste, and abuse, the department is ever more exposed to potential malfeasance. The latest semiannual report (PDF) by the inspector general's office to Congress includes examples of two recent investigations (PDF) of corruption as of September 2018.

One investigation was of a Border Patrol agent who worked with drug traffickers to smuggle marijuana across the Mexican border into the United States. The agent pleaded guilty to conspiracy to import marijuana and was sentenced to 20 months imprisonment and three years of supervised release.

The other investigation centered on a TSA employee who was observed meeting with a known narcotics/money courier in uniform at an airport and was later found with a bag containing $130,000. The TSA employee pleaded guilty and was sentenced to a year of house arrest followed by 48 months of probation.

These examples are, of course, the rarest of exceptions. Nevertheless, the financial pressures caused by the shutdown provide U.S. adversaries with an opening to possibly exploit.

Former DHS Inspector General John Roth said earlier this month that “it's ironic that you're increasing the risk of corruption at the same time as you're attempting to fortify the border.”

As negotiations continue to stall, the Trump administration and Congress should consider taking steps to guard against this vulnerability.

The Department of Homeland Security could remind frontline staff of the consequences for egregious misconduct and inform personnel about how to report misconduct as well as employee assistance programs available in this difficult time. Securing the nation's border is a critical issue that has routinely garnered bipartisan support.

Every day that the government shutdown drags on prolongs the financial hardship for those on the front lines protecting our homeland and gives cartels and transnational criminal organizations an opening to try to corrupt the DHS ranks.

Ryan Consaul is a senior international/defense researcher at the nonprofit, nonpartisan RAND Corporation. He was staff director for the Oversight and Management Efficiency Subcommittee of the House Homeland Security Committee from 2013 through 2017.

This commentary originally appeared on The Hill on January 22, 2019. Commentary gives RAND researchers a platform to convey insights based on their professional expertise and often on their peer-reviewed research and analysis.