America's National Defense Strategy and the Paradox of Technology 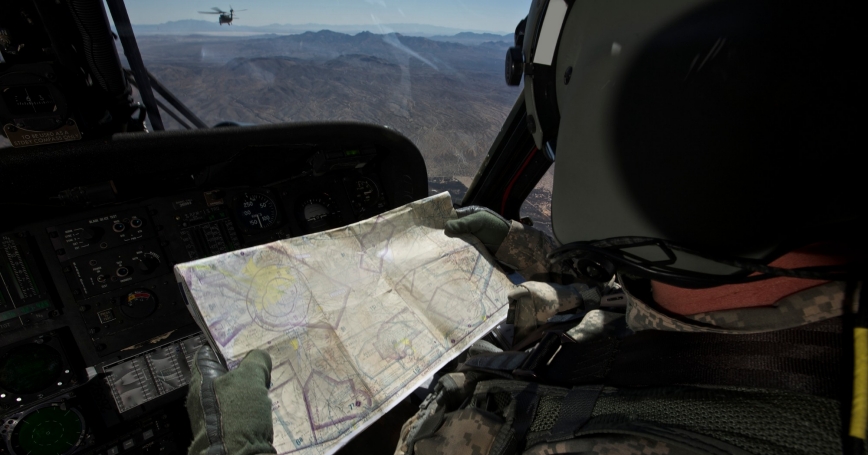 The current national defense strategy emphasizes the role technology will likely play in the United States' ability to compete effectively in future conflicts, especially those against near-peer and peer adversaries. Developing more defensible and robust equipment, information networks and cyber capabilities will likely be critical to most, if not all, future warfighting tasks. This could include using artificial intelligence for target acquisition or network defense and attack, robots and autonomous vehicles for logistics missions, or constellations of satellites for positioning and navigation. A strategy emphasizing these capabilities not only makes sense but is requisite if the United States is to maintain its military prominence. However, if it is devoid of compensatory improvements in the training of basic and time-tested nontechnical or analog skills and tasks, such a strategy could worsen the U.S. military's overreliance on technology.

Since the end of the Cold War, and particularly since 9/11, the U.S. military has deemphasized critical nontechnical tactics, techniques, and procedures while adopting new warfighting equipment and networks designed to exploit advancements in technology and the growth of cyberspace. Despite their obvious value in conflicts involving technologically capable adversaries, skills such as map reading and land navigation by compass; techniques for exploiting cover, concealment and dispersion; procedures for minimizing electronic emissions; and capabilities like visual aircraft identification have not received the same attention as they did during the Cold War. Many of these tasks have been deemed obsolete—due to advancements in technologies like global positioning systems—or considered to be of comparatively less value given the near nonexistence of threats from adversarial air forces.

The end of the Cold War, the relative absence of peer or near-peer adversaries in the post–Cold War period, and roughly twenty years of U.S. engagement in such lower-intensity conflicts as counterinsurgency and counter-terror operations have contributed to the U.S. military using technology instead of relying on what were once basic military skills. However, the potential threat posed by the rise of adversaries like Russia, China and Iran—and the widespread availability of advanced military technology to other state and non-state actors—have made this choice increasingly untenable. Empowered by sophisticated military technologies, these adversaries are much more capable than those the United States has faced over the past two decades. Because of this, the United States, paradoxically, finds itself needing to further develop and improve its military networks and associated capabilities but can no longer assume nearly uncontested use of these networks and capabilities if a significant conflict were to occur.

As new network and cyberspace technologies are continuously adopted by the U.S. military, so are the potential vulnerabilities that accompany these technologies, according to the U.S. Government Accountability Office (PDF). Simply by waging cyberspace operations against other countries, the United States is essentially inviting similar attacks against its own military command and control, as well as against civilian targets, private targets, and critical infrastructure. While the United States has little to fear from a non-state actor using conventional weaponry on the battlefield, concern is increasing about how terrorists and insurgents might choose to use artificial intelligence in the future to enhance social network mapping or, more direly, to direct attacks by a small fleet of artificial intelligence-enabled, explosive-laden drones.

Although the technological threat posed by non-state actors in the future is probably limited, major powers like China and Russia have developed sophisticated means to stymie U.S. force movements and corrupt or disable mission essential technological capabilities. Strategies of anti-access and area denial, anti-satellite capabilities, expanded electronic warfare portfolios, and the capacity for cyber-attacks and infiltration may be useful in their own right but they also directly contest what are perceived as key U.S. technological strengths like force projection, global navigation and battlefield communication. These adversaries have learned that the U.S. military's relative freedom of movement hinges on its ability to effectively use its advanced command, control and communications networks.…

This commentary originally appeared on The National Interest on January 30, 2019. Commentary gives RAND researchers a platform to convey insights based on their professional expertise and often on their peer-reviewed research and analysis.