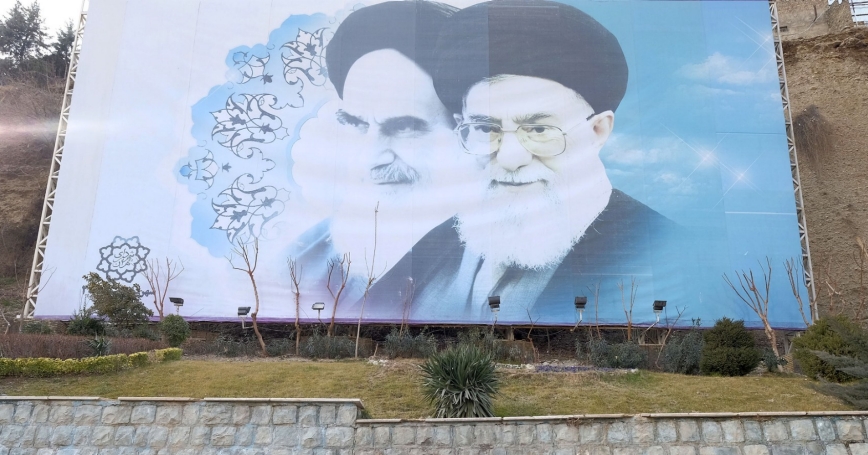 Forty years have passed since disparate groups of revolutionaries—many of them united only in their opposition to the Imperial State of Iran's alignment with the United States—toppled Shah Mohammad Reza Pahlavi.

Since then, hundreds of American scholars and practitioners have attempted to understand the Islamic Republic's foreign policy and how to best respond to the challenges it poses. Some have long advocated for engaging the Iranian regime, while others have pushed for a tougher stance against it. U.S. President Donald Trump has argued that a maximum-pressure campaign would force the mullahs to negotiate and strike a deal on the entirety of their foreign policy, including their missile and nuclear programs and interventions in a number of theaters throughout the Middle East and South Asia. But the Islamic Republic isn't likely to change the course of its foreign policy.

When Ayatollah Ruhollah Khomeini took the reins of Iran's revolution, he frequently spoke about exporting his movement's ideals beyond the country's borders. According to Khomeini and his supporters, oppressed masses remained dormant across the Muslim world, and Iran's success in ousting a Western-backed dictator could only inspire other subjugated people to awaken and topple their oppressors, too.

The conventional wisdom dominating much of the discourse about Iran's foreign policy today depicts the regime as still dedicated to the export of the revolution. And Tehran's support for terrorist groups and militias in the Middle East and beyond—coupled with its interventions in Afghanistan, Iraq, Syria, and Yemen—only prove that the Islamic Republic hasn't departed from those revolutionary roots. But a closer assessment of the regime's foreign policy unveils a much more pragmatic Iran, one whose policies are nonetheless shaped by its historical experiences and culture.

Shortly after the collapse of the shah and the formation of the Islamic Republic, Saddam Hussein's Iraq attacked Iran, starting an eight-year devastating conflict that left hundreds of thousands dead and caused billions of dollars of damage to the country's economy and infrastructure. Iran emerged from the war having avoided major territorial losses. But as it began reconstruction, it also started to develop its post-revolution and postwar military doctrine and foreign policy, which essentially held up until the rise of the Islamic State in Iraq and al-Sham (ISIS) in 2014.

Because the contours of Iran's foreign policy are drawn primarily by security considerations, Washington isn't likely to fundamentally change the country's behavior.

According to the thinking that prevailed in the 1990s and 2000s, Iranians were mainly concerned with avoiding the rise of state actors capable of challenging their country's sovereignty and territorial integrity. They leveraged their religious and ethnic ties in neighboring countries to form alliances with various groups. This enabled Iran to grow its influence across the region at a relatively low cost. From Afghanistan to Lebanon, Iran was able to undermine central authorities, share intelligence, deter its adversaries and project power. And the post-9/11 U.S. foreign policy largely helped Tehran achieve this, as American forces toppled the Taliban in Afghanistan and Hussein in Iraq.

These two U.S. invasions afforded Iran the operational space to assert themselves in those two theaters, especially Iraq. But the rise of ISIS made it clear that undermining central authorities didn't just serve Iran but also a number of terrorist groups. Accordingly, Iran sought to adjust its policy to balance two oft-conflicting objectives: undermining central governments to ensure none would become strong enough to pose a threat to Iran while also striving to prevent them from collapsing and creating fertile grounds for terrorists. Iran has worked with central governments in Afghanistan, Iraq, and Syria while supporting non-state groups in those countries and others to keep the states weak and to cultivate ties to as many possible contenders for power as possible—in a region where governments are often fragile and their survival rarely guaranteed.

Trump campaigned for president partly on the issue of leaving the nuclear deal signed by his predecessor and increasing pressure on Iran by isolating and sanctioning the country. His administration has followed through, exiting the deal and gradually increasing pressure on the regime with the stated intent of bringing it back to the table to negotiate a comprehensive deal to curb its nuclear and missile programs, involvement in regional conflicts, and support for terrorists and militias. However, although Iran's leaders have appeared to proceed cautiously over the past two years to avoid provoking what they likely see as an unpredictable and more militarily inclined Washington, their foreign policy hasn't changed course significantly. The country has largely abided by the nuclear deal to reap its benefits and isolate the United States on the international stage. As Iran's foreign minister, Mohammad Javad Zarif, put it on Twitter, “Today, US defied UN top court and Security Council by reimposing sanctions on Iran that target ordinary people. But US bullying is backfiring… The US—and not Iran—is isolated.” Iran has also continued its support for various non-state clients and deployments to Syria. This is because, contrary to what many believe, Iran's foreign policy today is largely shaped by its threat perceptions and interests—not ideology.

Because the contours of Iran's foreign policy appear to be drawn primarily by security considerations, including deterrence and power projection, the United States isn't likely to fundamentally change the country's behavior. A comprehensive deal as outlined by the Trump administration isn't easily achievable, especially given the limited time at the president's disposal—the president has two years left in his first term. Moreover, Washington has at times sent mixed signals to Tehran. For example, last fall, National Security Advisor John Bolton announced that U.S. troops would remain in Syria as long as Iran stayed there. Just weeks later, the president announced that he planned to withdraw American troops from the country. For Iran's leaders, this change may indicate the United States may want to contain them but has yet to decide where and how. And the regional landscape looks favorable to Tehran, which has been able to project power beyond its means thanks to its growing network of foreign fighters.

Forty years after its creation, the Islamic Republic has not exported its unique theocratic system but has significantly expanded its influence. But while Iran's leaders once saw the export of their movement as a goal to aspire to, they now see it as a means to help Iran secure its interests and maximize its power. Today, Iran seems to be waiting out the Trump administration, continuing to avoid direct military confrontation with the United States without looking like it's compromising its interests or backing down from its gains.

This commentary originally appeared on Atlantic Council on February 8, 2019. Commentary gives RAND researchers a platform to convey insights based on their professional expertise and often on their peer-reviewed research and analysis.