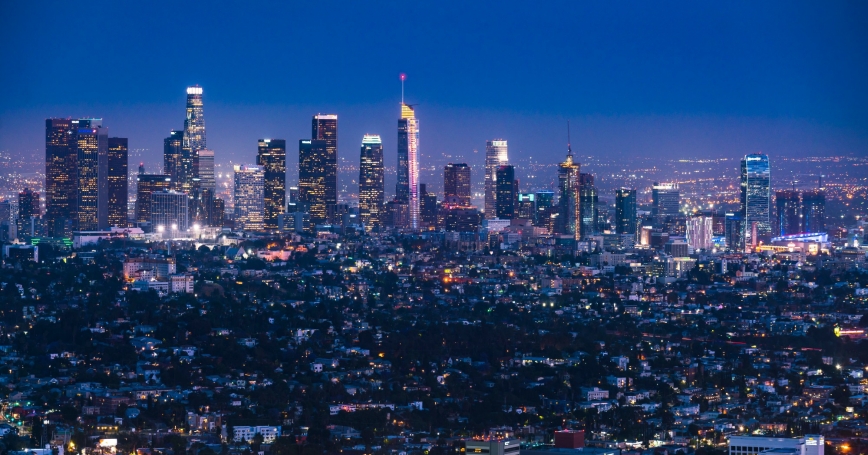 by Jay Wang and Sohaela Amiri

With cities increasingly poised—and being called upon—to play a greater role in addressing challenges at the international level, from climate change and immigration, to the health and security of citizens, there is a need to better understand the mechanisms through which cities become international actors and influencers.

Cities have implementation power, from trade agreements to green energy. More broadly, there is a downward shift of power from the nation-state to cities. This power provides a strong counterpoint to political gridlocks that we often see these days at the national level. Can city diplomacy be the platform through which cities assert themselves as global actors and advance their local constituencies' global interests?

City diplomacy is generally understood as a form of subnational diplomacy. It is an interplay between “diplomatic and urban practice” that seeks to impact the international environment in a way that benefits the safety, security, and prosperity of local citizens and advances their global interest and identity. As subnational actors, cities can also help to promote a nation's international image and interest.

City diplomacy is achieved through cities' engagement with other “glocal” actors and embodies a wide range of practices, including “facilitating communication, negotiating agreements, gathering information, preventing conflicts, and taking part in international society.” The phenomenon is nothing new; what is new is that the nature and scope of city diplomacy have deepened and broadened. As U.S. cities are home to two thirds of the entire population, the practice of city diplomacy has now become essential for local communities to thrive in a globalized society.

At the heart of realizing a city's influence and impact on the world stage is crafting an effective global engagement strategy. So, what are the necessary skills, capabilities, and resources required for this emergent role? And how can city diplomacy be more strategically tied to cities' international outlook and interests?

As U.S. cities are home to two thirds of the entire population, the practice of city diplomacy has now become essential for local communities to thrive in a globalized society.

In April 2018, the USC Center on Public Diplomacy, in partnership with the Los Angeles Mayor's Office of International Affairs and with the support of the New York City Commissioner for International Affairs, brought together city leaders with international purview from 17 U.S. cities (including seven of the top 10 by population) for a one-day workshop to share practices of city diplomacy and explore the opportunities and challenges facing U.S. cities' global engagement agendas and strategies.

The workshop delved into three topical areas, including the current state and scope of American cities' international portfolio and engagement, capacity required for global engagement, and data analytics for city diplomacy. In this article, we discuss our key takeaways from the workshop and lay out suggestions as building blocks for effective city diplomacy in the future.

City diplomacy is practiced through a variety of platforms and programs. Here we approach the concept and practice mainly from the perspective of city offices in charge of international affairs and generally refer to them henceforth as offices of International Affairs. We view such organizational setup less as an administrative unit of government, but more a builder of networks of public, private, and civil actors for city's global engagement.

While American cities are playing a greater role on the world stage through a wide range of initiatives and activities under the rubric of city diplomacy, the practice is predominantly functionally driven as opposed to policy-oriented. That is city diplomacy programs are mainly built around functional purposes within a city. In many cities, to be sure, such activities are disparate and at times ad hoc efforts rather than being guided by and connected through a coherent set of city policies.

We identify five key functions of city diplomacy as it is currently understood and practiced based on goals and organization: Economic Development; Diplomatic Representation and Protocol; Global Policy Collaboration and Action; Community Engagement and Civic Empowerment; and Hosting Special International Events.

Among these five general functions, Economic Development and Diplomatic Representation and Protocol are broadly pursued across cities, while the strength of the rest varies based on the local and political context in each city.

Trade has always been at the heart of a city's global engagement. Cities use their global ties to advance economic development, from tourism to foreign direct investment (FDI). In this regard, attention is given to bridging local and global businesses and investment opportunities through international programs.

Bigger cities such as Los Angeles and New York have a broader approach to economic development to expand trade and FDI, while others may place their emphasis on helping small local businesses tap into international markets.

Larger cities have a sizable consular corps that they are responsible for. There are 31 U.S. cities that host ten or more consulates, representing countries from six continents. City offices of international affairs share the responsibility to represent the city among international audiences as well as playing host to diplomats and visits from foreign dignitaries. This is significant in the case of New York City, for instance, as it is home to the United Nations and a similarly large consular corps.

Diplomatic representation provides opportunities to advance the global interests of local constituents through direct and indirect engagement with foreign decisionmakers, publics, and influencers.

Concurrent with diplomatic representation, cities also try to align their priorities with their global connections and pursue their interests through collaboration, negotiation and collective action with counterparts. The most studied examples include networks such as the C40 cities, United Cities and Local Governments, and 100 Resilient Cities that tackle shared challenges, from climate change to countering extremism. For example, U.S. cities such as Los Angeles are part of Cities Alliance, Under2 Coalition, and the Global Covenant of Mayors. As a member of most of these networks, the city of Atlanta acknowledges the importance of collaboration networks for “urban resiliency and sustainability in the face of our changing climate,” and participates in exchange summits to learn and share best practices.

Understanding that the vigor and diversity of a city's population contributes to its global brand and influence, cities create and strengthen relationship with local constituencies through trust-building and civic empowerment initiatives. In this regard, cities with larger minority and immigrant communities have increased opportunities as they tap into these valuable assets for their city's global engagement. Initiatives to build social cohesion such as capacity-building for immigrant or minority communities, gender equality, and democratic and civic participation fall under this category.

Hosting special international events is a global engagement strategy that enhances a city's reach and influence. Cities regularly engage in a variety of cultural programs and high-profile events, from SXSW in Austin to “the Biennial of the Americas” hosted by Denver, that have strong implications for city diplomacy. This function is, for instance, an integral part of the work of Los Angeles as it will be hosting the 2028 Summer Olympics. For New York, the United Nations General Assembly and other UN-centric events allow the city to position itself as an influential global actor and engage with cross-sections of foreign and local publics.

This commentary originally appeared on USC Center on Public Diplomacy on March 4, 2019. Commentary gives RAND researchers a platform to convey insights based on their professional expertise and often on their peer-reviewed research and analysis.