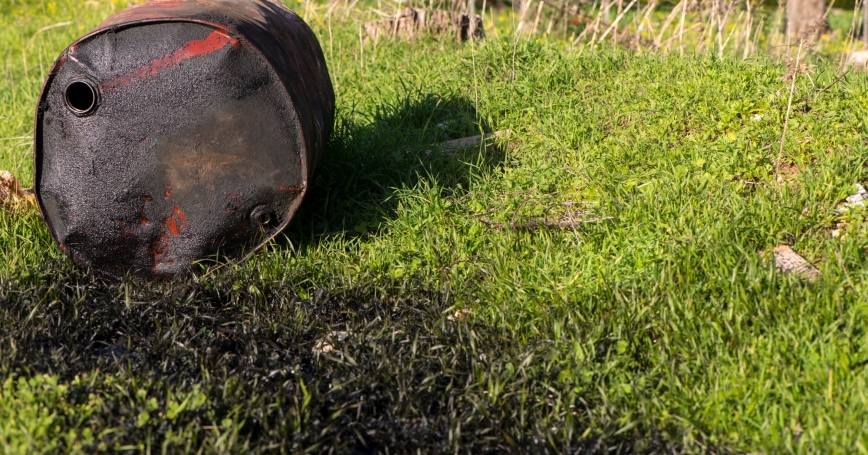 Much has been written about the various pressures on Southern California's water supplies including climate change, drought, and population growth. But these aren't the only dynamics stressing Southern California's water supplies. Years of industrial pollution have contaminated the region's groundwater resources. Contamination above levels of concern has been detected in 40 percent of the Los Angeles groundwater wells used for drinking water. In Whittier, for example, industrial solvents and hazardous chemicals used during commercial production at the Omega Chemical Corporation site resulted in groundwater contamination that became a toxic underground plume extending into neighboring cities. Environmental remediation of the contaminated site is a multi-million-dollar endeavor and includes a $70 million groundwater treatment operation under construction. Beyond Whittier, cities throughout Los Angeles County are looking to better utilize groundwater resources to supplement the need for imported water, particularly during droughts when imported water can be scarce. However, groundwater contamination threatens the amount of groundwater that water suppliers can safely provide.

Contamination in Los Angeles County threatens the amount of groundwater that suppliers can safely provide.

Through monitoring in Los Angeles County over the past decade, more than 120 wells were found to have hazardous concentrations of two carcinogenic volatile organic compounds (VOCs) abbreviated as PCE (PDF) and TCE (PDF). These are particularly dangerous for pregnant women and children since exposure can cause birth defects and cognitive impairment. Exposure to low levels over time also impacts the immune system, affects the liver and can cause cancer (PDF).

Hexavalent chromium (PDF), a form of the heavy metal chromium used in industrial metal plating, is another high-profile contaminant causing concern. It is a potent carcinogen when inhaled while showering (PDF), and ingestion may also pose cancer risks. Exposure to hexavalent chromium is not limited to Hinkley, California, where a $333 million dollar class-action lawsuit garnered nationwide attention partly through the 2000 film “Erin Brockovich.” There are 514 public water supply wells in Los Angeles County (PDF) that contain hexavalent chromium in concentrations deemed to be a public health threat.

Monitoring of these contaminants in groundwater, however, is inconsistent. This is particularly problematic as contaminants in groundwater do not stay put; water withdrawal and inflow of stormwater or other water sources for aquifer recharge causes movement of contaminants in aquifers that can be difficult to predict. At groundwater cleanup sites such as the Omega Chemical Corporation in Whittier, Calif., the Environmental Protection Agency has mandated funds for monitoring groundwater quality, but it could be more effective if the frequency and consistency of monitoring was improved and extended throughout the region. Monitoring at environmental remediation sites (PDF) is often inconsistent and is discontinued when the cleanup is considered complete. The resulting data can be erratic, making it hard to identify trends in groundwater quality over time.

To this end, the Groundwater Quality Monitoring Act was signed into law in 2001, establishing the Groundwater Ambient Monitoring and Assessment Program and creating an online publicly-available database of groundwater-quality data. While this effort has significantly improved the availability of information on groundwater quality, participating wells are not sampled on a regular basis and individual contaminants are not consistently sampled. In addition, private well owners are not mandated to test groundwater quality or share information on voluntarily conducted tests, putting well water users at risk.

To better characterize the magnitude and location of contamination, systematic sampling and testing of a broader range of contaminants of concern would be needed as well as more consistent sampling of already tested contaminants. The existing groundwater assessment program could be extended and strengthened for this purpose. To better understand the risk of groundwater contamination for a particular community, a more comprehensive understanding of the connectivity of contaminant sites—such as environmental remediation sites or leaky underground storage tanks, to drinking water source—would also be needed. User-friendly and publicly-available tools, which build on existing United States Geological Survey models, could better inform planning and management of water treatment for community water systems that cannot afford comprehensive groundwater quality and modeling studies. Such an understanding could also help California prioritize the remediation of sites that are hydrologically connected to community water system sources.

As the Los Angeles region increases its reliance on groundwater sources to become more resilient in the face of drought and to reduce demand for imported water sources, advances in the information available on groundwater quality and contamination could help community water systems avoid health hazards and better ensure a safe drinking water supply.

Pardee RAND Graduate School fellows led the development of this series, with support from RAND researchers. Each piece examines a critical and emerging water sustainability challenge for Southern California through a different lens—economics, public health, technology, and governance. These pieces are intended to spark discussion, thought, and engagement with policymakers, planners and the general public in the key debates impacting the health and sustainability of our urban systems. The John and Carol Cazier Environmental and Energy Sustainability Initiative generously supported this effort.