Time to Speak Up About the South China Sea 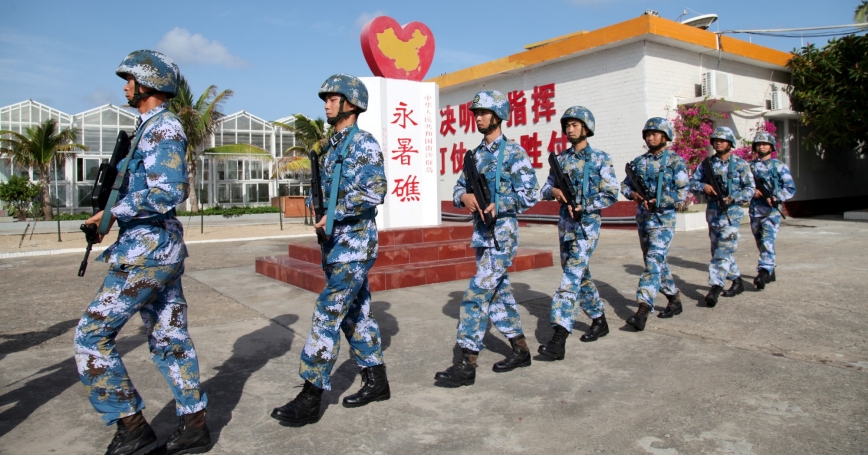 There appears to be a collective aversion among government officials and heads-of-state in Southeast Asia to speak up in public about Chinese transgressions and coercion in the South China Sea. Such reticence is based on misplaced fear of Chinese repercussions and does a disservice to regional interests, undermines deterrence and needlessly concedes leverage in negotiations with China on territorial disputes or a South China Sea Code of Conduct.

This sentiment was on display in a recent interview with Singapore's Defence Minister Ng Eng Hen, who downplayed concerns over Chinese activities in the disputed waters. Ng said calling China a regional hegemon was a matter of 'opinion,' gave credence to China's 'peaceful rise' narrative and highlighted China's positive role in economics and trade. All were unprompted comments made in the context of discussing the South China Sea disputes.

Other leaders in Southeast Asia, such as Philippines President Rodrigo Duterte, have also made accommodating statements that seem to downplay China's actions in the South China Sea. ASEAN chairman statements are noteworthy for their relatively benign rhetoric and failure to include terms such as 'erosion of trust' or 'militarisation' of the South China Sea due to Chinese actions. In some cases, China has successfully lobbied the bloc to remove such language.

Directly opposing Chinese coercion in the South China Sea is antithetical to some leaders in Southeast Asia who may fear that new or enhanced postures could antagonise China, the region's largest trading partner. But directly calling out China's breaks from the status quo or intimidation tactics may not necessarily put these countries at risk of Chinese countermeasures. Words, and their cognitive effect in the region and in Beijing, could be used to greater effect as an important tool to push back against Chinese coercion.

To be clear, words alone will not solve the territorial disputes with China. But they could signal the principles that countries stand for and the concerns that they hold. They could set the tone for negotiations, enhance morale and communicate resolve. Words also matter a great deal to China. One needn't look further than the sensitivity with which China regards ASEAN chairman statements on the South China Sea as an example.

There is only one country undermining stability in the South China Sea: China. It has reclaimed over 3000 acres of land—far more than any other claimant—on its occupied features in the Paracel and Spratly islands. It has built military facilities on its claimed islands that support the forward deployment of air, naval and land-based assets, and deployed missiles on them.

China increasingly uses both government and non-government assets to deny other nations' legitimate use of resources in their exclusive economic zones in the South China Sea. It called an international legal ruling on its maritime claims illegitimate and a piece of 'waste paper.' And it engages in unsafe and unprofessional behaviour when coming into contact with aircraft and naval vessels of the United States and other nations.

Most of these activities constitute clear breaks of international law and violations of the consensus in the 2002 Declaration on the Conduct of Parties in the South China Sea between ASEAN and China.

China's actions in the South China Sea are not disputed by officials and academics in the region. Highlighting these facts should not be controversial. Yet leaders in almost every country in Southeast Asia seem to be meeting China's strategy of changing the status quo through coercion with quiet accommodation. While this may be because leaders fear potential consequences from China, such fears are overblown.

What is needed is a cognitive shift in how officials in Southeast Asia approach the public signalling of the China problem in the South China Sea. Southeast Asian leaders should consider dropping the notion that speaking up publicly about Chinese activities that threaten and undermine basic norms of peace and stability will harm their relations in the region or with China.

Countries in the region should cease viewing the South China Sea disputes as a binary choice between war with China and accommodating Chinese activities, as Ng and others have suggested. Calling out Chinese transgressions is unlikely to lead to war. To the contrary, it could incrementally bolster morale and possibly prompt other leaders to feel less insecure about speaking up themselves.

This commentary originally appeared on East Asia Forum on March 14, 2019. Commentary gives RAND researchers a platform to convey insights based on their professional expertise and often on their peer-reviewed research and analysis.