The U.S. and Iran: Beyond the Rhetoric 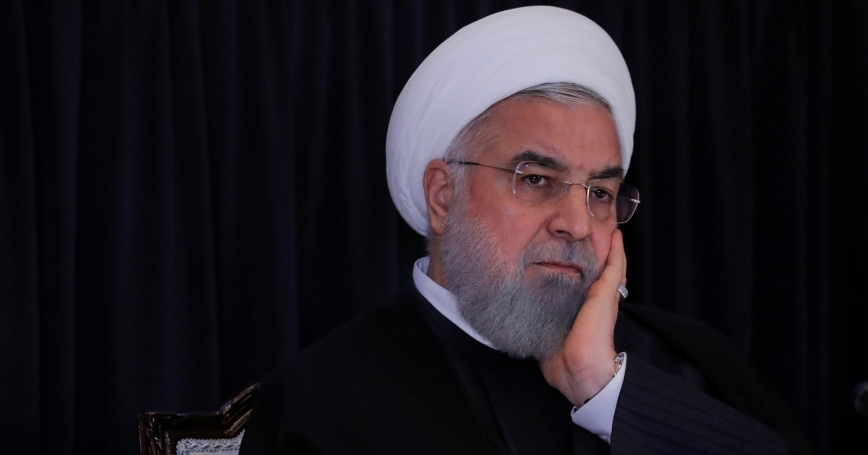 President Donald Trump withdrew from the nuclear deal with Iran a year ago. Since, tensions between the two countries have increased steadily, as the United States has dialed up pressure on Iran in the hopes of either bringing it back to the negotiating table or ushering in the regime's collapse. In Iran, a vigorous debate is taking place about U.S. intentions, the impact of the American “maximum pressure” campaign, and the best course of action.

The tensions within the U.S. administration on the desired direction of U.S. foreign policy in general and Iran policy in particular are well documented. President Trump campaigned on dialing down U.S. interventions abroad and has shown reluctance to implicate America in military confrontations. But some members of the administration have a track record of advocating for a more interventionist American foreign policy.

Similar tensions are providing the backdrop against which the Iranian regime has responded to the U.S. efforts to isolate Iran.

Since President Trump withdrew from the nuclear deal on May 8, 2018, Iran's President Hassan Rouhani had been under fire to retaliate. Rouhani announced on May 8, 2019 that his country would begin to take steps to decrease its adherence to some provisions of the deal. The announcement was designed to put pressure on the remaining parties to the agreement to step up their efforts to sustain the deal. But it also aimed to signal to the domestic audience that Tehran wasn't just sitting on its hands while the United States engaged in a long and comprehensive economic war and broader efforts to pressure the Islamic Republic into submission as critics had claimed for months. Rouhani's statement on May 8 was designed to demonstrate strength and restraint at once, affording his government the flexibility to dial up or down its cooperation with the remaining parties to the deal—particularly, the Europeans.

The statement was geared toward buying the Rouhani government both time and political capital to open up the space for sustaining the deal until November 2020, when the fate of the U.S. administration and its Iran policy will be determined. But at home, almost four years after its signing, the agreement remains as controversial as ever, and Rouhani has spent virtually the entirety of his second term in office selling and defending the deal.

Within Iran, the nuclear deal is as controversial as ever. Rouhani has spent virtually the entirety of his second term selling and defending it.

In defending the deal, Rouhani has contended that the agreement has paid economic dividends—an argument that's increasingly less viable as the U.S. sanctions on key sectors of the Iranian economy ramp back up. Rouhani has also long argued that the deal has removed the looming threat of a war with the world's largest military. His critics have long discounted such claims, arguing instead that what's changed is not U.S. intentions but rather the means Washington has employed. Rather than pursuing its policy of regime change through military means, the United States is instead waging war through economic means and psychological operations.

More recently, among organizations and individuals associated with the hardliners who've long opposed engaging the United States and the nuclear deal, there have been debates about whether the United States is pursuing war. Most hardline outlets and figures argue that despite its rhetoric, the Trump administration isn't inclined to go to war and that its activities aren't unusual. This view is broadly shared by Iran's armed forces. This is in stark contrast to the commentary and analysis of some reformist and moderate figures, whose view is that the U.S. threats should be taken seriously. Some critics of the government suggest that those advocating for the American threats to be taken seriously and negotiations with Washington are being duped by the U.S. psychological warfare waged against Tehran.

Iranian foreign policy is often contentious at home. The most significant policies enacted in that realm over the past decade have been the source of much infighting domestically, including the nuclear deal and Iran's intervention in Syria. Today, Iran's next steps vis-à-vis the United States and the nuclear deal are debated extensively and will determine the future of the nuclear deal—which Rouhani and even some hardliners would like to preserve until November 2020. And although Rouhani won't be running for office again in 2021—when the next presidential elections will take place, as he's already completed the two terms afforded president by the constitution—his bloc and allies desperately need something to show for their time in office, and their portfolio of successes is currently thin, providing Rouhani's opponents with ample room to criticize him.

A version of this commentary originally appeared on Haaretz on May 15, 2019.