Beyond Hawks and Doves: A Better Way to Debate U.S.–China Policy 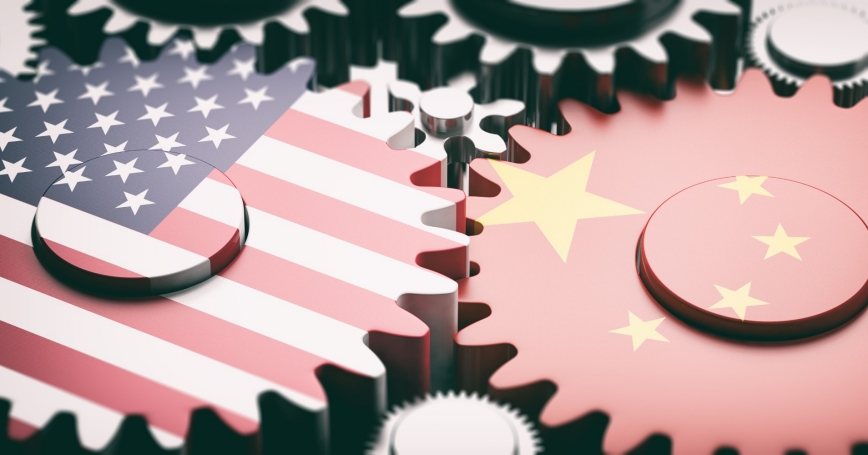 Two recent documents—as well as the critiques they have elicited—furnish the basis for a more nuanced debate on U.S. policy towards China. First, on July 4, a group of roughly 100 figures from the policy, military, business, and academic communities published an open letter in The Washington Post arguing that “there is no single Washington consensus endorsing an overall adversarial stance toward China.” Proffering seven propositions, the signatories challenged the judgment that China is “an existential national security threat that must be confronted in every sphere,” questioned the conclusion that it will supplant the United States as the world's preeminent power, and advised the United States against efforts to isolate it economically. According to Michael Swaine, a senior fellow at the Carnegie Endowment for International Peace and one of the five co-authors, the letter had nearly 200 signatures as of early August.

The letter is notable in at least two respects. First, it suggests that the commonly perceived demarcation between an ossified consensus of engagement proponents (the “doves”) and an emerging consensus of unblinkered analysts (the “hawks”) is simplistic. Most U.S. observers agree that a recalibration of U.S. policy towards China is in order since, contrary to a longstanding U.S. hope, China has only become more authoritarian as it has grown more prosperous—a duality that Chinese Communist Party General Secretary Xi Jinping's rule has placed in sharp relief. The more relevant divide concerns what course the United States should pursue. There is a wide spectrum of debate on two crucial questions: what long-term modus vivendi the United States should aim to achieve with China, and what strategy would be most likely to achieve it. The longstanding binary of “doves” and “hawks” is increasingly inadequate to the task of capturing the complexities of the China challenge; Georgetown University's David Edelstein has accordingly called for a fuller “ornithological taxonomy.”

Second, many of the signatories to the letter are sharp, vocal, and persistent critics of Chinese conduct. The lawyer Jerome Cohen, for example, is one of the foremost voices spotlighting China's intensifying suppression of political dissidents and curtailment of civil liberties; the strategist Peter Dutton has been documenting its contravention of international law and militarization of features in the South China Sea; businessman James McGregor has long criticized the web of policies that allow China to pursue “aggressive ‘innovation mercantilism'”; Georgetown's James Millward has written prolifically about its mass internment of Uighurs; and Fordham's Carl Minzner published a book in 2018 chronicling China's political regression under Xi. Whether one agrees or disagrees with their views, one cannot reasonably claim that they harbor illusions about the character of Chinese conduct. That they would sign the letter affirms a conclusion that is no less important for its banality: Managing China's resurgence is about as complex a strategic challenge as can be imagined.

One can credibly support the Trump administration's call for a shift in U.S. policy on China while appreciating that recalibration entails the risk of overcorrection. Swaine, for example, fears that the U.S.–China relationship will be increasingly, perhaps even indefinitely, strained, but he does not think that the two countries are preordained to become pure antagonists or incapable of cooperating on major challenges of world order. Brookings Institution scholars Jonathan Pollack and Jeffrey Bader note (PDF) that China's deepening authoritarianism and increasingly aggressive foreign policy have contributed significantly to the deterioration in bilateral ties, but they believe the United States would be ill-advised to pursue a protectionist course and enjoin its longstanding friends and allies to follow suit. Technology analysts Samm Sacks and Lorand Laskai (the former is a signatory to the letter, not the latter) argue that while economic and technological interdependence with China poses security risks to the United States, attempting to blacklist telecommunications companies such as Huawei and ZTE may ultimately benefit Beijing by enhancing its self-reliance and reducing U.S. leverage over its economy.

The second document, though not as highly publicized, is no less important. In June, Harvard University's Alastair Iain Johnston published an essay (PDF) in The Washington Quarterly challenging the conclusion that America's China policy from the Nixon through the Obama administrations “failed.” Among the judgments he questions is the counterfactual claim that, “had the United States never adopted the engagement strategy in the first place, the United States would be better off today because it would have been better prepared to compete with or contain China earlier.”

Exponents of that proposition argue that by assisting China's pursuit of economic reforms in the last quarter of the 20th century, advocating for its accession to the World Trade Organization, becoming its largest export destination, and otherwise facilitating its economic resurgence, the United States assisted the emergence of a competitor that had no intention of pursuing political liberalization. The implicit corollary is that Washington could have forestalled that outcome had it worked to stifle Beijing's resuscitation (or, at a minimum, significantly delayed the latter's progress).

While containment may have thwarted China's revival for several decades, there are reasons to question whether such an undertaking could have succeeded indefinitely. First, with a population that had reached 979 million by the end of the 1970s, China had vast consumer potential when Deng Xiaoping embarked upon economic reforms—potential that the rest of the world was keen to tap. Second, China had barely begun to harvest the gains from low-end manufacturing that would propel much of its growth over the next four decades. Third, had it attempted to contain China, the United States would have undermined a key plank of its strategy during the Cold War: exploiting the Sino-Soviet split of the 1950s and 1960s. Fourth, in view of China's historical resilience—between 1911 and 1976, a period of fewer than 70 years, it endured the collapse of the Qing Dynasty, the conquest of Manchuria, a (self-inflicted) famine during which some 40 million perished, and the internal convulsions that marked the Cultural Revolution—it seems wishful to assume that containment, especially if it had only been adopted by the United States, would have proven a permanent hindrance.

In addition, Johnston posits, those who contend that U.S. policy towards China failed should consider that a more aggressive course may have yielded a competitor “still ruled by a ruthless Leninist Party but one that had massively mobilized and militarized to vigorously oppose U.S. interests.” While China is an increasingly formidable, multidimensional competitor, bringing it in from the cold has produced some important benefits. For starters, its rapidly burgeoning middle class has helped it become an engine of expansion: Between 2012 and 2016, it accounted for 34 percent of global growth. Second, because it depends significantly on the stability of the maritime commons, the resilience of supply chains, and the vibrancy of the United States (which is its largest export base and a key supplier of the chips that go into its digital products), it has less freedom of revisionist maneuver than it would have had had it remained quarantined from the postwar order.

One of the most pressing imperatives for the United States and China is to converge upon a form of interdependence that preserves commercial benefits while mitigating security risks.

A more hawkish policy towards Beijing could inadvertently render Washington even less capable of influencing the former's trajectory in decades to come. As vexing as it is to deal with today's China, it would be significantly more daunting to contend with one a decade or two hence whose economy is likely to be far larger, far less dependent on that of the United States, and far more integrated into those of the developing world. One of the most pressing imperatives for the United States and China, as such, is to converge upon a form of interdependence that preserves commercial benefits while mitigating security risks.

A last point: While one cannot theoretically disclaim the possibility that an alternative course of U.S. policy may have molded China into a power that would be content to grow without challenging U.S. national interests and contesting certain aspects of the postwar order, it is difficult to imagine what that course would have entailed. Considering that the United States and China are roughly as different in their approaches to domestic governance and conceptions of world order as they are persuaded of their respective exceptionalisms, it is hard to imagine they could have grown into allies. If, as most observers believe, Western-style democratization would pose an existential threat to the Chinese Communist Party's grip on power, it would be unrealistic to hope for more than slow, incremental liberalization. As suggested earlier, the prospect of indefinite Chinese economic stagnation would mathematically be a near-impossibility. Finally, given that China regards the post-Industrial Revolution period as an unjust deviation from the historical norm of Chinese centrality, it would be credulous to hope that Beijing would not more vigorously advocate for its national interests as it grows more materially capable.

The best long-term outcome for U.S.–China relations may be one in which inexorably intensifying competition coexists with occasionally fruitful cooperation. It is not the most inspiring result, to be sure, but it is preferable to unconstrained antagonism.

This commentary originally appeared on China File on September 18, 2019. Commentary gives RAND researchers a platform to convey insights based on their professional expertise and often on their peer-reviewed research and analysis.