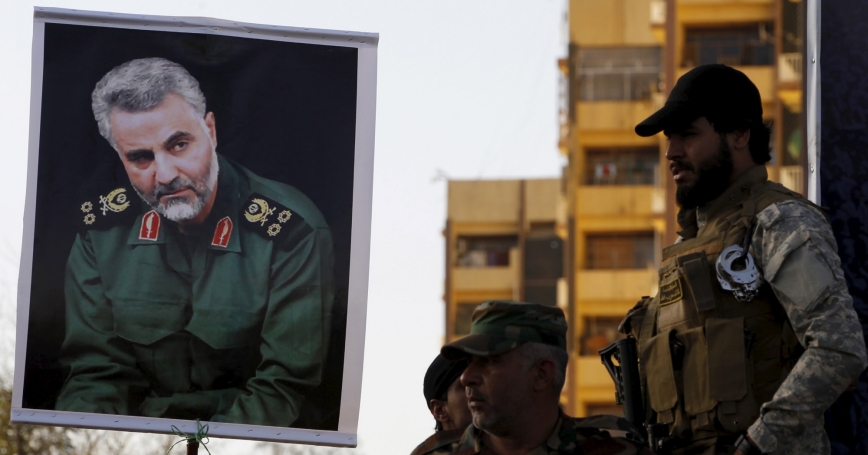 Militia members hold a portrait of Iranian Commander Major General Qassem Soleimani during a protest of an air campaign in Yemen by a Saudi-led coalition, Baghdad, March 31, 2015

The strike came less than 24 hours after Secretary of Defense Mark Esper warned that the United States could take “preemptive” action in response to signs that Iranian-backed militias in Iraq were planning further attacks after violent demonstrations earlier this week at the U.S. Embassy in Baghdad.

This story is still developing, and there is much we don't yet know. But in the interest of providing expert insights before the weekend, we've rounded up how some RAND researchers reacted to the news.

Iran expert Ariane Tabatabai tweeted that Soleimani's death is arguably the single most significant development in Iranian security in years. His demise deals a tremendous blow to Iran's proxy capabilities and its regional policies, she said. Soleimani played a crucial role in cultivating relationships with proxy groups. His death will leave a void in this area, as his successor doesn't have Soleimani's experience or personal connections.

Soleimani's death is arguably the single most significant development in Iranian security in years.

Tabatabai also noted that, while everyone in Washington is understandably concerned about the implications of Soleimani's death for the United States generally and for U.S. personnel in particular, U.S. allied forces in the region are equally vulnerable to Iranian retaliation. “This is precisely what U.S. allies have been fearing for months,” she said.

Tehran is likely to view the U.S. strike as an act of war, said Dalia Dassa Kaye, director of the RAND Center for Middle East Public Policy. The potential for escalation between the two countries was already high, but after last night's attack, it is nearly certain. “We are now at an extremely dangerous moment,” said Kaye.

Terrorism researcher Colin Clarke warned that Iran's response could be asymmetric in nature, meaning that it's worth monitoring the Iran-linked terrorist group Hezbollah in Lebanon—and across the globe.

Clarke also noted that this situation is fundamentally different than the aftermath of U.S. operations that took out al Qaeda leader Osama bin Laden or—more recently—ISIS leader Abu Bakr al-Baghdadi. After all, Iran is a highly capable nation-state that has the resources to counter the U.S. strike with kinetic military actions of its own.

Policy analyst and wargamer Becca Wasser said that Iran could respond by attacking various U.S. military targets in the region. “Geography isn't kind to the U.S. military laydown in the Gulf,” she tweeted, “even with all the necessary force protection measures.”

Finally, Ambassador James Dobbins noted that the Iranian response to Soleimani's death isn't the only one to watch—how Iraq reacts is also crucial. “It's hard to believe the Iraqi government will continue to welcome U.S. troops and grant them immunity,” he tweeted.

For updates over the weekend, follow @RANDCorporation on Twitter. And check The RAND Blog next week for more in-depth commentary from our researchers.