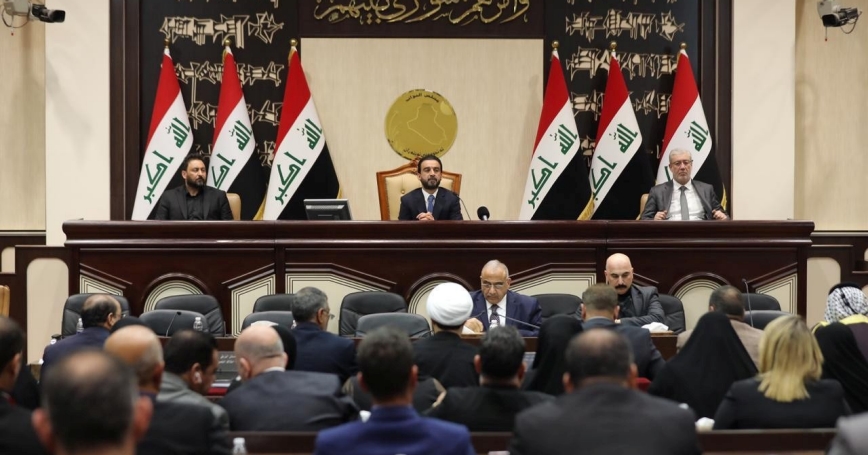 Without firing a shot, Iran appears to have executed a devastating revenge attack against the United States for the killing of Gen. Qassem Soleimani. Using Iraq's democratic process, Iranian-influenced members of parliament on Sunday voted to expel American soldiers from Iraq. With that, Iran may have effectively won the battle of influence in Iraq.

This strategic coup de grace was delivered not by rockets or suicide vests, but by legitimate votes in a democracy built by the United States.

Assuming the Iraqi prime minister signs this nonbinding bill into law—there is some chance he may not—American troops would have to be withdrawn. The Strategic Framework Agreement that established the basis for U.S. military presence in Iraq is unequivocal: “The temporary presence of U.S. forces in Iraq is at the full request and invitation of the sovereign Government of Iraq and with full respect for the sovereignty of Iraq.” Iraqis are very likely to think that the United States violated Iraqi sovereignty in the drone attack in Baghdad that killed Soleimani and others, including Iraqi citizens, however nefarious they may have been.

The impacts could be far-reaching and damaging to American strategic interests. No troops on the ground, and ostensibly no aircraft overhead, will mean American forces will lose visibility of—and the ability to strike directly—Islamic State targets in Iraq. It is possible the entire Combined Joint Task Force command currently leading the fight against Islamic State might have to be relocated from Baghdad. Operations in Syria that are heavily dependent on support from Iraq would be severely weakened. Large coalition bases would have to be closed, leaving European allies and contractors with little choice but to also withdraw from Iraq.

Unless Iraqis also fully reject Iranian presence (an unlikely event), the United States would have to consider Iraq effectively lost to Iran. The so-called Shiite crescent stretching from Iran through Iraq to the Levant has been brought closer to reality. If Iran can maintain its foothold in Iraq, it now has won its land bridge across the crescent.

Unless Iraqis also fully reject Iranian presence (an unlikely event), the United States would have to consider Iraq effectively lost to Iran.

If American soldiers are ejected, the Iraqi security forces will lose their most capable and beneficent ally. Iraqis prosecuting the ongoing counterinsurgency against Islamic State would be in serious trouble. American advisors who have provided logistics and medical support would disappear. The Iraqi Counter-Terrorism Service, which has long been dependent on American support, would be cut loose to fend for itself.

In all likelihood the multibillion-dollar U.S. Counter-ISIL Train and Equip Fund, the primary source of funding for Iraq's security forces, would come to a halt as the Americans distributing the equipment are kicked out of the country. American aid to Iraqi civilians suffering from the recent war could very well dry up.

How did we get here? Did the U.S. walk into an Iranian strategic trap?

Perhaps, but if so, it is in part because the United States has been without a focused long-term strategy in Iraq for years. The Strategic Framework Agreement established in 2008 was shaky from the start.

There are two practical options left for the United States in Iraq. President Trump can take this expulsion as an opportunity to reduce America's involvement in overseas conflicts. Iraq could be effectively dumped into Iranian hands with the hopes that they would make a mess of it and, in turn, be expelled by increasingly frustrated Iraqis. This would seem to be a strategy of hope, and hope is not a strategy.

The other option would be to quickly renegotiate American military presence in Iraq. If the United States could maintain an advisor position, it might be able hold on to its combined counter-Islamic State headquarters and continue funding the training and equipment. All of these things are in Iraq's interest and they could be renegotiated if American diplomats were empowered to do so.

A reset in U.S.-Iraqi relations and a renegotiation of the Strategic Framework Agreement was needed before the current crisis. If U.S. policymakers and diplomats can settle on a long-term strategy for Iraq, a deal might be reached that could benefit both sides. This would help blunt Iran's victory, reinforce Iraqi sovereignty, and normalize relations that have been anything but normal for far too long.

This commentary originally appeared on Los Angeles Times on January 5, 2020. Commentary gives RAND researchers a platform to convey insights based on their professional expertise and often on their peer-reviewed research and analysis.