'New Zimbabwe' Looks an Awful Lot Like the Old One 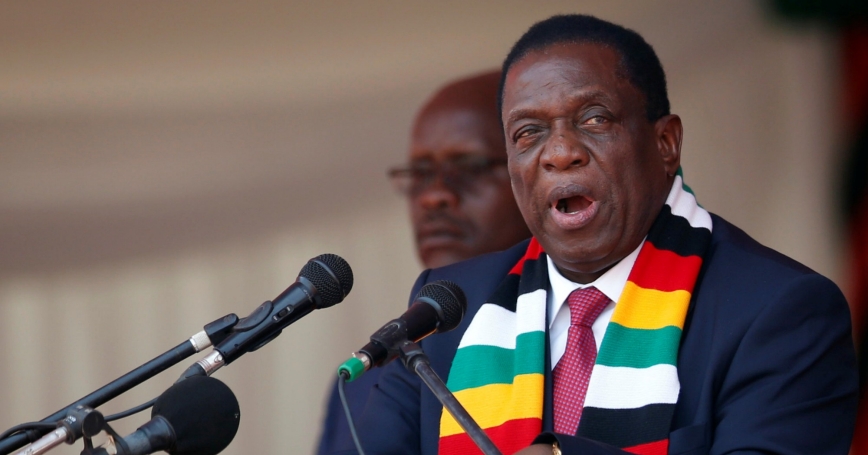 After 37 years in power, President Robert Mugabe of Zimbabwe was toppled in November 2017 by a military coup. His successor and former vice president, Emmerson Mnangagwa, promised a break from Mugabe's repressive rule and economic decline, touting a “new Zimbabwe” that is “open for business.” After two years in power, has Mnangagwa delivered?

In a RAND study published in February, I systematically assess Zimbabwe's political and economic reform efforts under Mnangagwa. The report was based on dozens of interviews I conducted in Harare, Zimbabwe with politicians and other stakeholders across the political spectrum. The findings are bleak. Repression has increased and the economy continues on a downward spiral.

Human rights abuses, arrests, and disappearances of opposition members and supporters continue under Mnangagwa, with an uptick in state violence. Mnangagwa has deployed security forces to crack down on protests and dissent on several occasions since he came to power. A brief opening of political space in the run-up to the 2018 elections rapidly shut in the postelection period.

On August 1, 2018 when the Zimbabwe Electoral Commission released parliamentary results showing ZANU-PF winning a two-thirds majority, opposition supporters demonstrated in downtown Harare, marching, burning tires, and throwing rocks at police. In a violent crackdown, the military killed six and injured more than a dozen; tanks were also deployed on Harare's streets for the second time in nine months. In the following weeks, security forces targeted opposition figures and supporters—with a series of kidnappings and disappearances—leading Movement for Democratic Change (MDC) Secretary General Tendai Biti to flee to neighboring Zambia. Despite calls by a government commission to hold perpetrators to account, security forces have not been prosecuted.

In January 2019, demonstrations in Harare, due to a surge in fuel prices, were again met by the excessive use of force. Seventeen people were killed, more than 1,000 were arrested, and 17 women were raped by security forces. Several interviewees said that Mnangagwa is, in many ways, governing in a more repressive manner than Mugabe. A senior diplomat described the “brazen nature” of security forces' behavior as “shocking,” noting that joint military and intelligence teams now carry out kidnappings in broad daylight.

The Mnangagwa administration has deliberately elevated the role of the military, with the police and intelligence service losing influence and status in the security sector hierarchy.

The military is also ascendant on the political stage. Although the military has always played a prominent role in Zimbabwe's political economy, its influence has increased under Mnangagwa. The military remains heavily involved in the economy, particularly in the mining and fuel sectors. Two of the main leaders of the 2017 coup, former generals Constantino Chiwenga and Sibusiso Busi Moyo, serve as vice president and foreign minister, respectively, and remain powerful players representing military interests in Zimbabwe's cabinet.

Divides in Zimbabwe's security sector are not new. But the Mnangagwa administration has deliberately elevated the role of the military, with the police and intelligence service—which Mugabe frequently used for regime maintenance—losing influence and status in the security sector hierarchy. Although the government has touted police trainings with the United Nations, domestic and international calls for genuine security sector reform have been ignored or stymied. Indeed, the party-military alliance is alive and well in a post-Mugabe Zimbabwe. An opposition official noted that there is no separation between Mnangagwa and the military. The same official said that Mnangagwa “uses the military to achieve his ends, commercially and politically.”

To help support Zimbabwe's recovery, international actors would be wise to push the government to respect the country's 2013 constitution and push for genuine political, security, and economic reforms.

Alexander Noyes is a political scientist at the nonprofit, nonpartisan RAND Corporation.

This commentary originally appeared on Vanguard Africa on February 10, 2020. Commentary gives RAND researchers a platform to convey insights based on their professional expertise and often on their peer-reviewed research and analysis.