From Warrior to Guardian: A Systems Approach to Reduce Police Violence 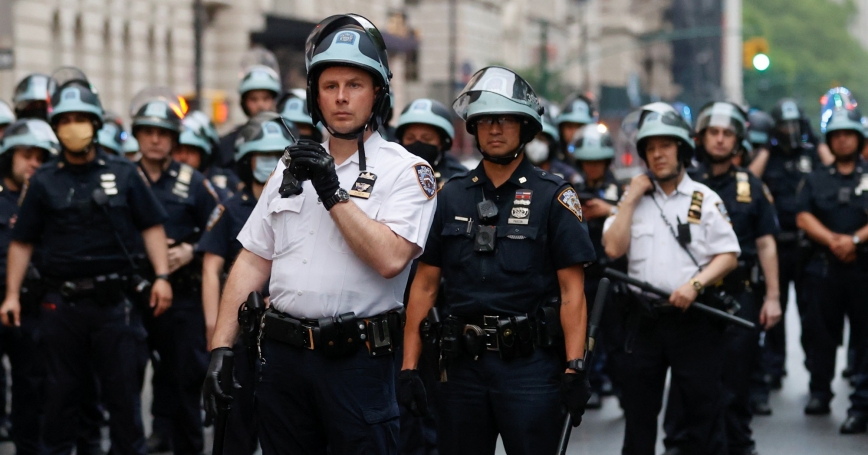 By best estimates, police in the United States killed more than 1,000 individuals last year. Fortunately, there are a number of concrete steps that can be taken in the areas of recruitment, training, liability, and root-cause analysis to reduce police violence.

First, policing should not be for everyone. As the embodiment of the government's monopoly on violence, good policing requires empathy, diplomacy, and restraint. Yet our recruitment standards for police are often quite minimal and vary widely by jurisdiction.

Problematic officers are often protected by collective bargaining agreements that make it difficult to discipline or fire them. Nor is there any national registry of officers fired for misconduct.

Police are referred to as sworn officers for a reason: They have taken what is supposed to be a solemn oath to uphold the law and the Constitution. Those who have broken that oath in one community should not be able to take it again after escaping across jurisdictional lines.

Policing should be recognized as an elite profession—and trained, compensated, and disciplined as such.

Our recruitment standards for police are often quite minimal and vary widely by jurisdiction.

The culture of policing is also far too often viewed as “us against them.” This extends inside the walls of a police department, where management is part of “them” to the line officer. “Bad apples” can only thrive in a culture of silence. Law enforcement must report colleagues who break their oath to justice.

To be sure, cities and municipalities also bear responsibility. Jurisdictions should not agree to collective bargaining agreements that significantly impede firing troubled officers. When we arm police, a “few bad apples” is a few too many.

Fortunately, crime is still near historic lows. This may represent a unique opportunity to meaningfully rethink policing. But how do we create incentives for both individual officers and departments to improve recruiting, training, and compliance, as well as change the culture of policing?

Currently, police officers are protected from lawsuits for monetary damages by the doctrine of qualified immunity. Scholars have noted that the doctrine's common law rationale is not supported by the empirical evidence, and that the immunity has hindered the development of the law.

Since these judgments are almost always covered by their employers, the practical effect of shrinking qualified immunity would be to increase the liability of law enforcement agencies and the jurisdictions they serve. Such liability would create greater incentives for departments—and their insurers—to focus on training and supervision to avoid unnecessary litigation.

Performing root-cause analyses on use-of-force incidents can also widen the perspective for each episode of police violence. Analyses of police encounters typically focus solely on the circumstances immediately around the use of force and the officer's state of mind.

Each serious use of force should be viewed as the tragedy that it is and the scenario that led up to it carefully reexamined to identify the root causes.

Instead, each serious use of force should be viewed as the tragedy that it is and the scenario that led up to it carefully reexamined to identify the root causes. Was there an earlier opportunity for de-escalation or the use of less lethal force? Did the officer have to put him or herself at risk? Was there another way to defuse the situation?

In many cases, even uses of force that were “justified” could have been avoided, at least in retrospect. The focus of the inquiry should not be on judging the individual officer, but on developing a series of practices so the use of force was not necessary in the first place.

The practice of medicine has been dramatically changed over the last 20 years by a shift away from blaming individual bad actors to an approach that focuses on improving the entire system. While personal accountability will always have a role in policing, the kind of cultural change that is necessary to prevent tragedy is often best tackled by focusing on the system rather than merely blaming the individual officer.

James Anderson is the director of the Justice Policy Program and the Institute for Civil Justice at the nonprofit, nonpartisan RAND Corporation. Bob Harrison spent more than 30 years as a police officer, including six years as a chief of police. He is an adjunct researcher and part of the Center for Quality Policing at RAND.

This commentary originally appeared on CalMatters on July 1, 2020. Commentary gives RAND researchers a platform to convey insights based on their professional expertise and often on their peer-reviewed research and analysis.