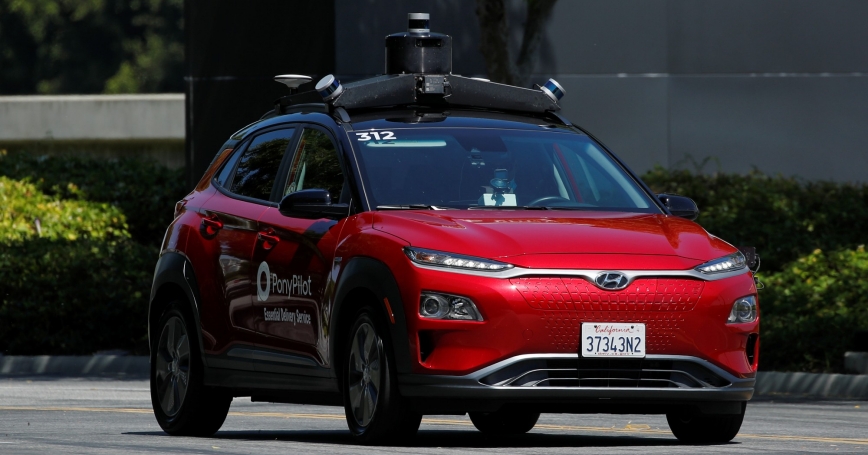 Toyota-backed Pony.ai begins to provide autonomous electric vehicles to deliver packages during the outbreak of COVID-19 in Irvine, California, April 28, 2020

by Laura Fraade-Blanar and Maynard A. Holliday

An operational design domain (ODD) is a description of the conditions in which an autonomous vehicle (AV) is designed to operate safely. This might include requirements about the environment (e.g. the vehicle can only function on clear days, on highways, not on one-way streets, etc.), maneuvers (e.g. no left turns across traffic), particular parts of particular cities, and even driver involvement. Essentially, ODDs define where the AV can drive based on the system's capabilities.

Many anticipate that developers will start out with a narrowly defined ODD, and then expand as their autonomous system gains competence. ODD descriptions are a key component of AV safety. While ODDs are relevant to SAE levels 1 through 3, they become central in level 4 because a level 4 AV is fully autonomous (and expected to function without a human driver) within its ODD and either does not operate, or does not operate autonomously outside its ODD.

No nationwide ODD policy exists, and because ODD is partly about the characteristics of a specific location, such a policy may not make sense. Instead this may be a place for local and state policies to take priority. Local and state ODD policy could be useful. Specifically:

Currently there is no universal way to describe ODDs in terms of taxonomy or level of detail. But a baseline way to understand ODDs could have value; a taxonomy or common way to talk about ODDs uniformly throughout the industry could ease communication with policymakers and consumers. Level of detail may vary by audience: for example, if among developers heavy rain (a term that otherwise may be subjective and regionally specific) refers to rain of a specific droplet size and density, policymakers may only need to know that for a given developer, heavy rain is outside the ODD, and consumers only need to know the AV may stop or be driven remotely by a human driver located elsewhere in the case of such rain. The new Automated Vehicle Safety Consortium guidelines on ODD terminology level of detail and definition may aid developer-government communications.

Because no AV without substantial ODD restrictions exists or is anticipated anytime in the near future, ODDs will be central to making commercially available AVs a reality. Given that AV operation is expected to be limited to specific locales for the foreseeable future, the establishment of minimum competencies for operating in an area, or descriptions of what to expect by localities could ease developers into new areas, reduce the amount of time required to test in each new area, and ensure a locality-specific minimum threshold. Local and state governments could work closely with developers to ease entry and operations, while maintaining public safety.

Laura Fraade-Blanar is an associate policy researcher and Maynard Holliday is a senior engineer at the nonprofit, nonpartisan RAND Corporation.