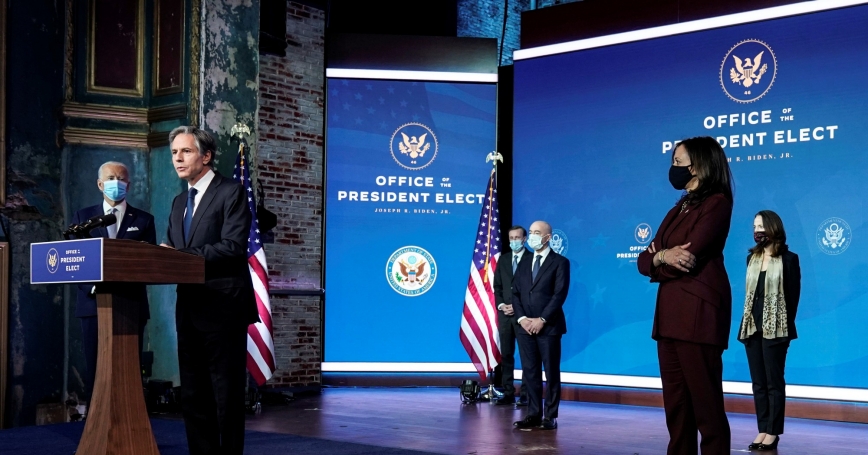 President-elect Joe Biden's emerging foreign policy team is being characterized as an Obama-era rerun. In fact, the careers of his intended State Department leadership all date back at least to President Clinton's first term some 28 years ago. Secretary of State designate Antony Blinken started out back then as Clinton's principal foreign policy speechwriter, later becoming senior director for Europe on the National Security Council staff. Biden's pick for deputy secretary, Wendy Sherman, was Clinton's assistant secretary of state for congressional relations. The incoming under-secretary of state, Victoria Nuland, served as the top aide to then–Deputy Secretary Strobe Talbott.

The incoming NSC leadership, in contrast, represents the next generation of Democratic foreign affairs professionals. Jake Sullivan and his deputy to be, Jon Finer, served as the top aides to Secretaries of State Hillary Clinton and John Kerry, respectively. Finer started in the Obama White House, and Sullivan ended up there as Biden's national security adviser.

Each of these individuals gained an early reputation for competence and collegiality. Nuland, a career Foreign Service officer, went on to serve in the Bush administration as foreign policy adviser to Vice President Dick Cheney. Blinken went to work for Senator Biden on the Foreign Relations Committee, while Sherman joined former Secretary of State Madeleine Albright's consultancy.

The politically connected come and go with the electoral tides. The career staff labor on from one administration to the next until, four or eight years later, the tide turns and some familiar faces reappear.

This pattern is a familiar one. The politically connected come and go with the electoral tides. The career staff labor on from one administration to the next until, four or eight years later, the tide turns and some familiar faces reappear, often reentering government one or two steps above where they left.

These reencounters can be uncomfortable for both sides. The newcomers inevitably regard the holdovers with suspicion, while the career officials dread having to prove themselves anew. But both sides bring something of value to the table, fresh ideas on the one hand and recent experience on the other. With wise leadership, the two sides can be molded into a coherent team.

This never happened during the Trump administration. Many outsiders were recruited, far more than normal, but few had even a modicum of relevant experience. Those who did, for instance the individuals charged with the Iranian and North Korean nuclear portfolios, could never overcome the obstacle posed by flawed presidential policy. The challenges faced by both career and political appointees in keeping administration policy on a responsible, or indeed simply legal path, were revealed during the Ukraine-related impeachment hearings.

The Republican Party nevertheless still possesses a cadre of genuine foreign affairs professionals. Many of these sat out the Trump administration by reason of their opposition to his candidacy back in 2016. As Biden fills out his foreign policy team, he might wish to reach out to a few of these “never Trumpers” to fill positions in fields where some degree of bipartisanship remains possible. These areas might include relations with allies and with the two major U.S. competitors, Russia and China.

James Dobbins is a senior fellow and distinguished chair in diplomacy and security at the nonprofit, nonpartisan RAND Corporation. He is a member of the career Foreign Service and served in every administration from Lyndon Johnson to Barack Obama.

This commentary originally appeared on The Hill on January 16, 2021. Commentary gives RAND researchers a platform to convey insights based on their professional expertise and often on their peer-reviewed research and analysis.