The National Guard Can Do It, but That Doesn't Mean It's a Good Idea 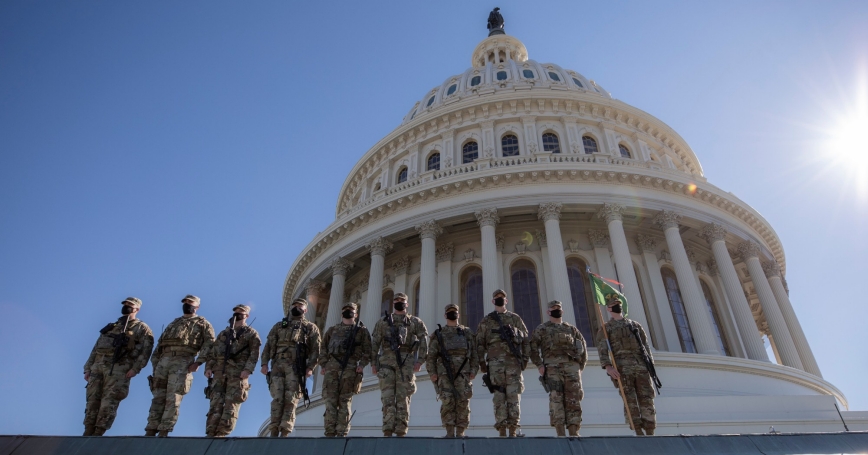 Should the National Guard provide an enduring quick reaction force for Washington, D.C., as apparently recommended in a recent report to Congress? Going forward with a potentially endless mission, a key question could be: “who pays?”

Given sufficient time, training, and equipment, there are no missions that the soldiers and airmen of the Army and Air National Guards cannot perform as well as their active component counterparts. The same holds true for the U.S. Army Reserve and the Air Force Reserve.

The advantage of having reserve forces is that they are cheaper than active forces because they typically get paid for about 63 days of duty per year versus 365 days for active component service members. The tradeoff for this average lower cost is that when mobilized for a mission, because they have not been training full time year-round, reservists and their units require additional training to bring them up to par with the active component.

An arguable exception is Civil Disturbance Operations (CDO), a domestic mission for which active component units normally do not train and for which they have no greater readiness than reserve units. Additionally, reserve troops may have civilian jobs—such as police officer or civilian court worker—that give them an advantage during CDO. Additionally, because reservists are dispersed across several thousand local armories and training centers instead of a relatively small number of active component bases, they may be more representative of their local communities.

Because they have not been training full time year-round, reservists and their units require additional training to bring them up to par with the active component.

Perhaps the most important consideration, it is well established that the Posse Comitatus Act (Section 1385 of Title 18, United States Code) prohibits federal forces from domestic law enforcement activities unless the president has directed operations under the Insurrection Act or related provisions under U.S. Code Title 10, which covers use of the armed forces. Yet, the Posse Comitatus Act does not apply to members of the National Guard in a state status authorized by U.S. Code Title 32 and under the command and control of their respective state or territorial governor exercised through an adjutant general.

The D.C. National Guard normally operates in a Title 32 status under a commanding general, who reports to the president as commander in chief via the secretaries of the Army and Air Force, respectively, for the D.C. Army and D.C. Air National Guard. This situation might be problematic when a domestic operation includes the use of National Guard troops from the states and territories. The population of D.C. is relatively small, and the size of its National Guard is proportionately small. The debacle at the Capitol on January 6 was unanticipated and several states quickly responded to the call for troops. Today, spending some time in downtown D.C. presents an education in the many different unit patches of Guard soldiers who have been deployed from various states in reaction to the events at the Capitol.

It's a mission the National Guard can certainly accomplish. Once the parameters are known, the logistics are simple. Volunteers can easily be selected and rotated, perhaps as is currently done now for counterdrug support missions nationwide. Many troops would welcome the opportunity.

Are National Guard troops the optimal choice? A quick reaction force of civilian police officers might be a wiser option.

But, are National Guard troops the optimal choice? A quick reaction force of civilian police officers might be a wiser option. Reasons include a greater level of training for appropriately dealing with rioters and insurgents, and perhaps most importantly, the legal authority to make arrests. As is the case with all military police, the quick reaction unit envisioned in the report would not have the same arrest powers outside a military base.

Nonetheless, the costs of hiring and having ready on short-notice a team of civilian police would go onto some agency or agencies' budgets such as the U.S. Capitol Police, D.C. Metro Police, and/or the National Park Service's United States Park Police. Using the National Guard might bury the costs in the Army and possibly the Air Force budgets, organizations that have plenty of other missions and are coming under their own budgetary pressures.

Policymakers might ask themselves whether using the National Guard for this mission is actually the best solution or just the easiest way to diffuse the costs.

This commentary originally appeared on Military Times on March 18, 2021. Commentary gives RAND researchers a platform to convey insights based on their professional expertise and often on their peer-reviewed research and analysis.