Policing in the Post-Floyd Era 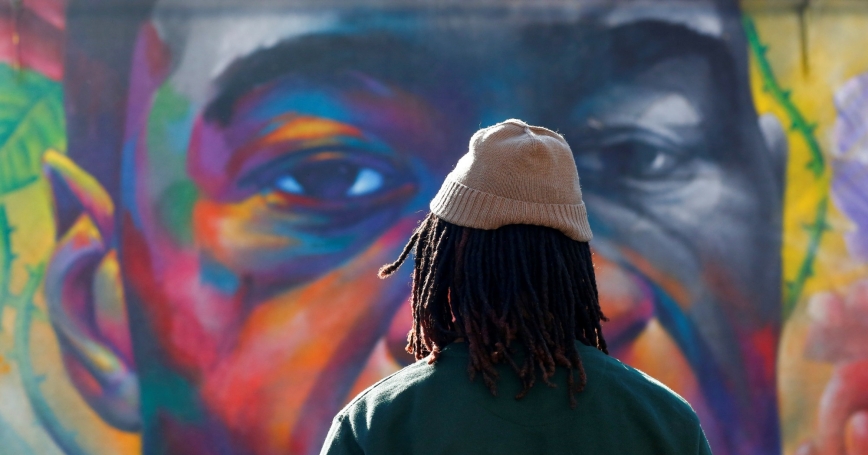 A person pays their respects at a mural of George Floyd after the verdict in the murder trial of former Minneapolis police officer Derek Chauvin, Denver, Colorado, April 20, 2021

The verdict in the Derek Chauvin trial is in. While some celebrate that the justice system actually worked, and believe that their voices demanding justice were heard, others aren't so sure and see it as a confirmation that all cops are bad. Others are saddened at the loss of life and aren't sure the media or the police have told them the full story.

No matter what has happened, police professionals want to consider that the protests and crimes committed in the past year are not something to “get through.” They are a bellwether of the future unless and until the police act in different ways and work with the people they serve to create public trust.

Policing alone is a profession whose customers almost never want their service. In truth, some people also don't “want” the police—they want to be safe, and the police are the best way we've figured out thus far to make that happen. Just because our current models of policing are the “way it's always been” doesn't mean the status quo will continue once the maelstrom of the present subsides.

Calls to reform, reimagine, or disband the police can be seen as existential threats, but they present opportunities for progressive change that can work to the advantage of law enforcement. The police themselves largely agree that mental health, homelessness, and many aspects of family issues are better handled by professionals trained in those disciplines.

Even as those shifts in responsibility happen, the police should guard against irrelevance in the public's eyes, and recognize they have an opportunity to exercise leadership to help create a future in which they themselves may not be the beneficiaries.

To that end, there are lessons that can be learned from the case itself, and also from the larger public sentiments about policing nationally.

Lessons from the Floyd Case

There are three things regarding the outcomes of the Chauvin trial and its verdict that should be kept in mind for those who will be doing the actual work to create best-practice policing for the future:

Chauvin's actions, although beyond the scope of his training, can't be dismissed as an act of a “rogue cop.”

The police make contact with about 60 million persons age 16 and older each year, and only a fraction of those contacts result in violence or injury to an officer or person they contact. That does not mean that the lack of frequency of this type of incident should be taken as a sign that specific action by police leaders should not be taken. In fact, if they fail to act, legislators and others may be ready to act to end what many see as systemic violence.

From a police perspective, the actions (and inaction) in the Chauvin case could prompt deliberation on three things:

The Police and Their Community—What Now?

No matter how well a police agency performs to suppress crime and maintain order, unless it has the confidence of the people it serves, it is meaningless. Public confidence is built one contact at a time, and by every member of police staff.

Public confidence is built one contact at a time, and by every member of police staff.

The data reflect distinct differences among the various communities in America's towns and cities, and also that confidence in the police, in general, has slipped noticeably in the past five years.

It is critical to remember that many people don't really want the police—they do, however, want to be safe. The police have been the best way thus far to fulfill the promise of safety, but the recurring instances of police misconduct and use of excessive force, especially against Black males, has eroded public confidence to a point where “business as usual” is no longer enough.

A useful starting point could be both to examine police practice, and also violent crime and homicide data to explore why the police are called for help, and what motivates offenders, so we can address the system, not its symptoms.

In times of great uncertainty, those who can create a compelling vision of the future, and a narrative to describe it to others, may have a decisive advantage to create the futures they see. If law enforcement leaders sit back and allow others to frame that narrative, policing will change—but not in ways they may want. Unless police professionals come to terms with the opportunity to alter the equations of the present in ways they know would serve public safety best, well-intentioned but often ill-informed others may do it for them.

It is comforting to some in the short term to just “circle the wagons” and hope for the best. Doing that, however, could be a path to failure in the basic responsibilities of police—to keep people safe, to identify and arrest those responsible for crime, and to maintain or restore order so people can live their lives without fear.

Bob Harrison is an adjunct researcher at the nonprofit, nonpartisan RAND Corporation and a retired police chief.

This commentary originally appeared on Police1 on April 29, 2021. Commentary gives RAND researchers a platform to convey insights based on their professional expertise and often on their peer-reviewed research and analysis.