Stop, Start, or Continue? A National Survey of the Police About Traffic Stops 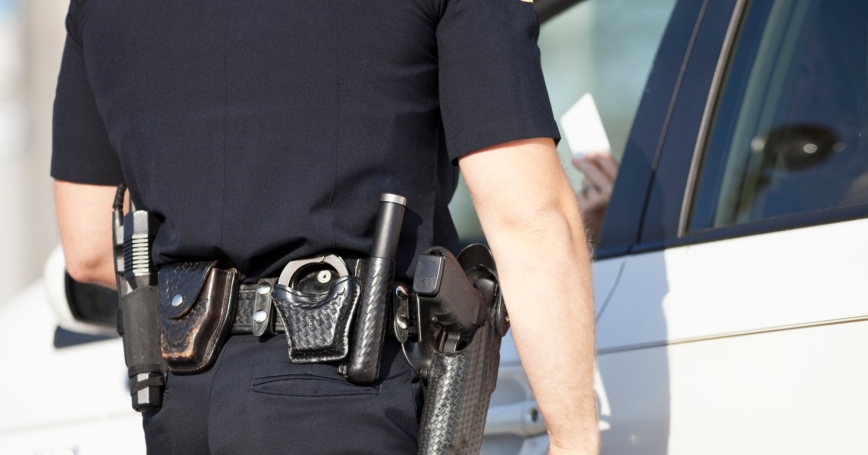 If 2020 was the great undoing for the police and the people they serve, 2021 and beyond could be a time of examining and changing the role of the police.

There have been calls to disarm, defund, reimagine, and repurpose the police. Some advocacies suggest moving critical functions away from undertrained police employing force to control those in a mental health crisis. Some favor lessening the frequency of enforcement contacts (PDF) in general. Others call for merely hitting “delete” to end a variety of police practices and duties. One function in this “full stop” future is to end police traffic stops.

Against this backdrop of change, Police1 conducted a survey of those who make these stops—officers themselves—to find out what they thought. Are they making fewer contacts with drivers? When they do, are drivers less cooperative? Do cops feel they are adequately trained to perform this duty and respond effectively if a traffic stop degrades into violence? These responses from more than 1,000 police professionals are a critical element of the dialog concerning traffic stops, and can inform policymakers as they answer this question: Should the police continue to conduct traffic stops?

Traffic stops are the most prevalent way the police have contact with the public. In 2018, for example, the police contacted 61.5 million persons ages 16 and older. Of that number, 25 million were drivers or passengers in a traffic stop (7.9 million more were contacted as a result of traffic collisions).

Traffic stops are the most prevalent way the police have contact with the public.

Although the prevention of damage, death, and injury that results from unlawful driving supports the need for traffic enforcement, racial disparities in who the police stop make it a flashpoint for those who want to end the practice. As research continues to show widespread racial disparities of those stopped, it is increasingly seen as a practice that, if stopped, would serve the cause of social justice.

In response to these issues, boards and councils have begun to remove certain duties and responsibilities from the police, including limiting their ability to conduct routine traffic stops for equipment or registration violations. Although the police largely support moving mental health and homeless services to professionals trained in those services, the practice of stopping those who violate traffic laws (or use traffic laws as a pretext to investigate suspected criminal behavior) does not yet enjoy such widespread support, as is seen in Police1's survey. In addition to that perspective, the survey addresses several important issues police leaders should consider.

From April 22, 2021, to May 4, 2021, a total of 1,036 police officers or deputies who work in patrol completed Police1's online survey. It is useful to study the entire survey, although several key issues stand out:

The police largely believe they should retain the duty to enforce traffic laws, even as the driving public becomes less compliant.

For those considering change, the inferences one can draw are that the police largely believe they should retain the duty to enforce traffic laws, even as the driving public becomes less compliant. Even in the absence of appropriate training, most also believe they can handle a noncompliant driver should the occasion arise.

Interestingly, a majority of officers reported they were less likely to stop vehicles than in the past. That data is consistent with what some see as de-policing as officers elect to refrain from contact even when a violation is present. The issue of pretext stops is also significant. Although Whren v. United States (517 US 806 (1996)) affirmed the practice of using a vehicle code violation as a pretext for a traffic stop, its use is increasingly controversial, and has been linked by some to traffic stops for “driving while Black.”

Although limiting the frequency of contacts with drivers would statistically make those (not) stopped and the officers (not) stopping them safer, there are greater implications of ceasing general traffic enforcement. Even as the police contact fewer persons of color, thus lowering the frequency of instances of a contact based on racial profiling, is the greater good served by removing traffic stops as a means for the police to make contact with the public?

Annual miles driven has increased throughout the United States since 1970, topping out at the end of 2019 at 3,269 million miles. By February 2021, the total had dropped 30% to 2,772 million miles. Despite driving less, the 24% increase in the rate of motor vehicle deaths in 2020 was the largest since 1924 with 42,060 people dying in crashes. One theory is that with fewer cars on the road, risky driving behaviors went up, with a noticeable increase in speeding as emptier roads (and fewer cops free to perform routine patrol or traffic duties?) allowed drivers to go as fast as they might wish. The COVID-19 pandemic does provide a case study of driving in the absence of the police. As can be seen, absent other factors, deaths and injuries increase significantly. Beyond traffic enforcement, there are implications for the larger system of traffic safety.

The divergence between total collisions and traffic deaths highlights a blind spot in traffic engineering, which historically depends on lowering the instances of collisions to lower death rates. In the period shortly after stay-at-home orders were issued in California, minor injury crashes fell by 29%, while the rate of severe injury and fatal collisions increased by 14%. This leads to the conclusion that removing enforcement from the “Engineering, Enforcement, Education” safety triad might also translate to the need for significant modifications of roadways to make them safer. One aspect of engineering has been the use of automated traffic violation detection systems (red light cameras and similar technologies). Although those means have seen some success in altering driver behaviors and improving safety, the public, in general, doesn't like them, and systems have been removed in cities even though they resulted in significant declines in red-light violations.

One issue not yet in general discourse is the emerging impact of autonomous vehicles (AV). As AV become ubiquitous, the controversies about police traffic stops will largely be moot. Vehicles not violating traffic laws won't be stopped; those not crashing into one another will also avoid police scrutiny. In an AV future, 19 million traffic stops won't occur, nor will almost all of the 7.9 million collisions. Forty fewer officers a year will die in collisions, and police staffing (and funding) can largely be redirected to other purposes. Pretext stops (about 4% of traffic stops) may still happen, but likely at decreasing frequency. Looking at deaths at the hands of the police and racial justice issues, the police will also stop killing more than a hundred people a year in traffic stops.

As much as the idea of abandoning traffic stops might seem illogical to the police, an AV future could cause that to happen sooner rather than later.

As much as the idea of abandoning traffic stops might seem illogical to the police, an AV future could cause that to happen sooner rather than later. As it stands, officer safety concerns and serving the greater good might mean there's no need to wait for autonomous vehicles to end the practice—it could already be gone by the time they dominate the roadways.

Looking at the context of police traffic stops and the insights of officers in the survey may lead to reform for the police and their stakeholders as they work to create a mutually beneficial future for traffic and community safety. Among these are three ways to alter police practice to eliminate unwarranted intrusion into the lives of their citizenry, and also practices that enhance the safety of officers on the streets:

Even with these recommendations in place, the question remains—should the police make traffic stops? Managed well, and administered without prejudice, the answer could be yes—mostly to limit the carnage brought about by collisions and control of the speeds and erratic driving on American roadways. Could the police be much better trained so instances of profile stops and subsequent police-perpetrated violence also decline? That answer may also be yes. Should the police and their public also plan for a future that doesn't include traffic stops? With increasing numbers of vehicles that are near-autonomous already on our roadways, that answer might also be yes.

Bob Harrison is an adjunct researcher with the nonprofit, nonpartisan RAND Corporation, and a retired police chief. He is also a course manager for the CA POST Command College. Harrison consults with police agencies in California and beyond on strategy, leadership, and innovation.

This commentary originally appeared on Police1 on June 29, 2021. Commentary gives RAND researchers a platform to convey insights based on their professional expertise and often on their peer-reviewed research and analysis.