Are Military Coups Back in Style in Africa? 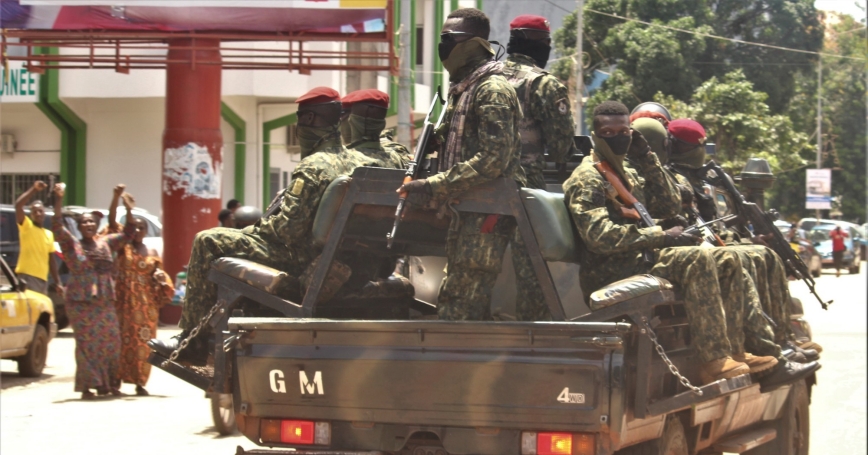 Photo by Aboubacarkhoraa/CC BY 4.0 International

The seizure of power in October by the Sudanese military, and the arrest of prime minister Abdalla Hamdok, several of his ministers, and civilian opposition leaders, was recently followed by a deal crafted to restore the civilian prime minister. Tens of thousands of Sudanese took to the streets in protest, calling the bargain political cover for a military takeover.

Events in Sudan are part of a continuing and disturbing trend in Africa. There have been five coups in sub-Saharan Africa since August 2020. Civilian governments in Guinea, Mali, and Chad fell to military grabs this year alone. In fact, the region has seen more coups this year than in any other in the past two decades. On a continent that was recently lauded for its democratic advancement, this backsliding suggests the military coup may be dangerously back in fashion.

Why are more coups happening now? In the mid-1960s, coup attempts peaked worldwide. Since then, there has been a steady decline. Deteriorating economic conditions and limited state capacity stand out as possible explanations for the reversal in Africa. Economic underperformance is an oft-cited predictor of coups. In 2020, Africa suffered its worst economic recession in half a century on account of the COVID-19 pandemic. One opposition leader, reflecting on public support for the recent coup in Guinea, noted: “In a country where you have no water, no electricity, every day you're asking, what is government doing to solve my problem?” A perceived failure of democracy to deliver on development is a likely contributor to widespread discontent.

The coups in sub-Saharan Africa resemble much of what scholars understand about military seizures of government. In The Man on Horseback, Samuel Finer describes several lasting truths about military coups. Many of his insights can be seen in the military takeovers this year.

First, coups breed coups. The claim to rule by virtue of superior force invites challenges. The coup in Chad this year marks the sixth coup or coup attempt in that country since 1975. The coup this year in Guinea by Colonel Mamady Doumbouya is the country's third military takeover since its independence from France in 1958. Mali, too, has now suffered five military power grabs since independence in 1960. In fact, this year's coup by former colonel Assimi Goïta in Mali was the second in less than a year.

Second, governments that achieve power by force face a crisis of legitimacy. This dilemma forces them to justify their actions—or risk falling to further coups. Most often, soldiers present themselves as saviors of their countries, accusing deposed regimes of corruption, perfidy, and malfeasance. For example, Doumbouya claimed to be saving Guinea from a debased and brutal regime. In a televised address, he noted that “poverty and endemic corruption” had compelled his troops' actions against the former government. In Mali, Goïta followed a similar script. “We had to choose between disorder and cohesion within the defense and security forces, and we have chosen cohesion…because it is in the nation's best interest.” He decried the “decay of governance” in Mali since 2012 and justified his actions as an intervention “to make the people's wish for change a reality.”

Third, military seizures are almost always accompanied by statements that the movement is purely temporary. Militaries often paint their regimes as “caretaker” governments necessary before the ultimate restoration of an elected government. In many cases, transitional military councils are formed to oversee transitions to democracy, some of which do not materialize.

Governments that achieve power by force face a crisis of legitimacy. This dilemma forces them to justify their actions—or risk falling to further coups.

Chad offers a recent example of this process at work. Swiftly upon the death of President Idriss Deby in April 2021, the military assumed power. It installed Deby's 37-year-old son, himself a military commander, as interim president. The younger Deby is to oversee an 18-month Transitional Military Council. The constitution was suspended while parliament and the government were dissolved—measures ostensibly intended to maintain stability and ensure a democratic transition of power.

Doumbouya executed a nearly identical process in Guinea, dissolving the parliament, suspending the constitution, and promising a return to elected governance after an 18-month transition period, during which the military will craft a new constitution. Developments in Mali this year are along nearly the same lines: Col. Goïta was installed as transitional vice president while an 18-month deadline was set for presidential and parliamentary elections. And in Sudan, the general behind last month's coup, stated: “We are definitely committed to holding elections in 2023.”

How can countries end the so-called “coup trap”? While policies intended to reduce economic deprivation are to be applauded, they can be difficult to implement and slow to bring about practical change. Aid donors who support economic development programs should consider measures to freeze rather than eliminate aid funding to countries in the aftermath of coups. This looks to be what recently transpired in Sudan. The World Bank and other donors apparently froze—but didn't cancel—programs after the military seizure last month. The hope of reversing such measures may have contributed to the compromise pact reached recently in Khartoum between the military and civilian leaders.

Looking forward, it is hard to be optimistic about the prospects for democracy in Sudan, or any of the countries recently afflicted by military grabs. In Khartoum, protestors returning to the streets this week were met with tear gas from security forces. Nearly three years after mass demonstrations helped oust dictator Omar al-Bashir, Sudan is sadly not far from where it started. History and indeed much academic research suggest the men on horseback are not easily or quickly persuaded to return to the barracks.

Sean Zeigler is a senior political scientist at the nonprofit, nonpartisan RAND Corporation.

This commentary originally appeared on Political Violence @ A Glance on December 1, 2021. Commentary gives RAND researchers a platform to convey insights based on their professional expertise and often on their peer-reviewed research and analysis.