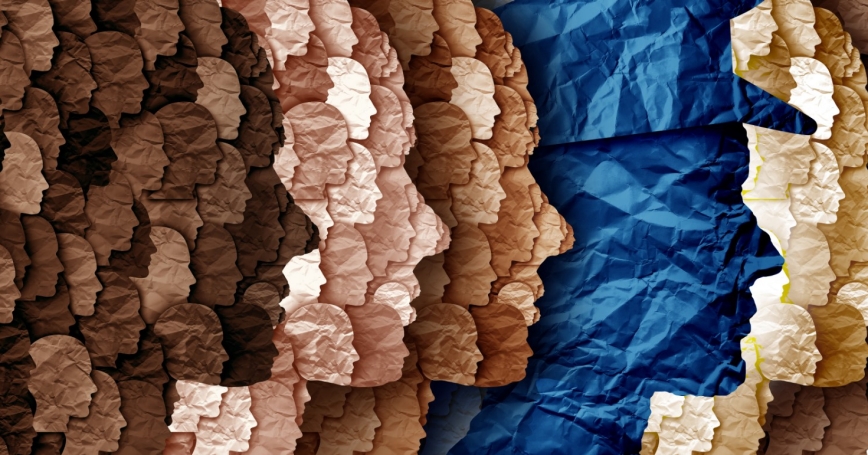 What it means to be policed in America varies from one community to another, reflecting a somber reality of American life: Where people live is often predictive of their experiences, opportunities, and ultimately, their life outcomes. When considering differences in policing practices, these outcomes may be particularly negative if they involve an increased likelihood of unfavorable interactions with the police.

And policing does differ significantly from neighborhood to neighborhood. As a recent example, my coauthors and I used smartphone data to analyze police patrols across 21 of the largest U.S. cities. We found (PDF) that police spend considerably more time in neighborhoods with predominantly Hispanic, Asian, and in particular, Black residents. Importantly, this disparity persisted even after considering factors associated with a higher demand for police services, like violent crime and population density, and it was associated with an increased number of arrests in some of these communities.

Another illuminating study, from last year, looked at nearly a decade's worth of police stops in Virginia. It found that when a Black motorist was pulled over for speeding in a particular range, they were about 40 percent more likely to be cited for misdemeanor criminal charges than if a white motorist were pulled over for speeding in that same range. Law enforcement officers were much less likely overall to reduce potential misdemeanor charges to an infraction when policing in counties where Black motorists made up a larger share of the cited motorists.

These disparities in policing outcomes, so often associated with race and ethnicity, have led to divisive discourse on the necessity of police reform in America. On one hand, a mostly Black and Brown community may view neighborhood police presence as a form of surveillance. The residents aren't the ones being protected, but rather, the ones that “society” needs protection against, and are thereby targets of police action. This creates an “us versus them” atmosphere between the community and the police, leading to calls from both parties for police reform.

On the other hand, within the same city, a mostly white community may have a very different view of policing. Residents may feel comforted by the police (PDF), who are presumed to protect them from criminal outsiders. The latter viewpoint may find calls to reform and defund police unfounded, and even dangerous—for doing so would mean removing from their community the sense of safety and protection that police provide.

So how might we make progress on police reform? We need to realize that one-size-fits-all approaches to police reform are likely to fail. Systemic efforts, such as addressing structural racial bias, should therefore be met with community-specific reforms that reflect the community's policing and law enforcement needs. Such reforms could look like establishing and maintaining diverse representation at the command level, where captains, lieutenants, and sergeants of a force may be able to create a more-conciliatory and inclusive culture of policing.

In fact, we discovered (PDF) that having more Black officers in supervisory roles within police departments is associated with reduced disparities in police presence between Black and white neighborhoods within the same city.

Another step toward reform requires consideration of metrics beyond simple statistics, like stops and arrests reported by police departments, when evaluating the quality of policing in each neighborhood. More than these statistics, equity demands a better understanding of police activities in a community and how they impact residents' trust in law enforcement and perceptions of public safety. Crime statistics cannot be effectively evaluated without these broader contexts that better describe how police are operating within individual communities.

Police interventions that engage the communities they aim to serve are more effective in reducing crime and more sustainable over time.

But police reform does not need to begin and end with the communities that have been subjected to more-aggressive forms of policing. Community engagement stands to benefit everyone, in every neighborhood—for police interventions that engage the communities they aim to serve are more effective in reducing crime and more sustainable over time. Ultimately, the community, in collaboration with local public officials, should determine what it means to serve and protect.

Elicia John is a behavioral data scientist at the nonprofit, nonpartisan RAND Corporation and at American University.

This commentary originally appeared on The Hill on September 27, 2022. Commentary gives RAND researchers a platform to convey insights based on their professional expertise and often on their peer-reviewed research and analysis.