The Disaster Bills Coming Due 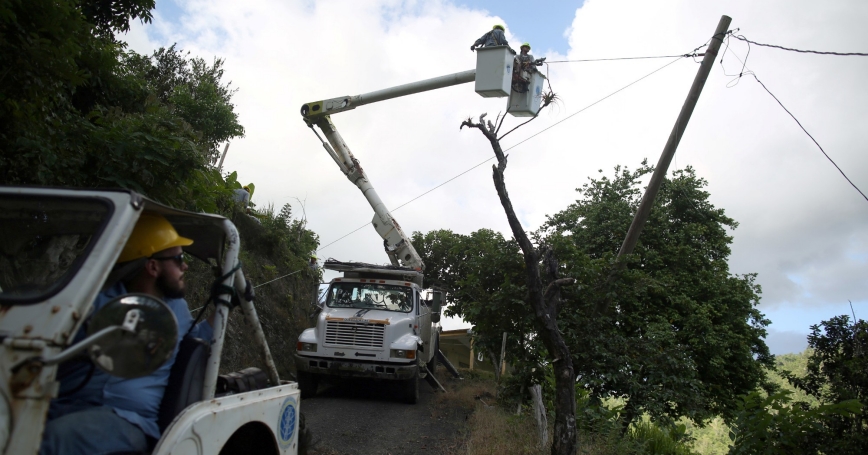 by Jessie Riposo and Shelly Culbertson

There were 20 “billion-dollar disasters”—weather- and climate-related disasters that cost at least $1 billion each—in the United States just last year. Total cost to Americans: more than $153 billion, paid for by a mix of government and private sector dollars. That approaches the cost of running the entire U.S. Air Force, whose budget for fiscal year 2022 was $156 billion.

The U.S. approach to managing the costs of these disasters might not be optimally designed to keep up. The nation still largely waits for a disaster to strike and then spends billions to repair damages, rather than allocate more funding to efforts that might reduce the level of damage.

A decision to delay investments in resilience today could mean the nation will struggle to pay for recovery from disasters in the future.

The current reactive approach is not only expensive but adds years of painstaking work onto already long disaster recovery times. Our work in Puerto Rico and the U.S. Virgin Islands finds that recovery from major disasters like Hurricanes Irma and Maria can take well over a decade. Today, five years after these disasters, long-term rebuilding is still nascent.

A decision to delay investments in resilience today could mean the nation will struggle to pay for recovery from disasters in the future.

It is impossible to pinpoint when or where the next major storm, flood, wildfire, or hurricane will hit, but the overarching trend is apparent: Disasters are more severe and happening more often, and no state is immune. Alaska, for instance, is enduring a record-setting wildfire season this year. Historic floods devastated Montana in June and Kentucky in July. Tornadoes are becoming more common in the Midwest and Southeast. Climate change will continue to worsen these trends.

Research shows investing in resilience today—in other words, preparing communities to bounce back after a disaster hits—can significantly reduce the costs to recover after a disaster strikes. One study found that investing $1 in mitigation efforts that aim to minimize the loss of life or property—such as installing flood control and water management systems—results in $6 of savings. Designing and implementing resilient building codes and construction standards can further contribute to resilience.

Shifting some federal disaster-related funding from recovery to resilience investments might seem like a no-brainer then. But there is currently no simple mechanism for doing this.

Today, some federal funding is set aside in anticipation of annual disasters, but most is made available only after a disaster strikes as “supplemental” appropriations. For example, in fiscal year 2020, the baseline federal funding for disasters was one-third the amount of the supplemental budget eventually added, approximately $17 billion compared with $60 billion, according to the Congressional Research Service. Although the government announced additional resilience investments in 2021, it was only $5 billion.

Investing in resilience today can significantly reduce the costs to recover after a disaster strikes.

It's not just bricks-and-mortar investments that are going to be needed. To shift toward climate-disaster resilience, the United States also could need guiding principles, doctrine, and possibly new regulations to ensure any money is spent in the most efficient and effective ways.

Investing a dollar today to save money tomorrow can be hard for individuals. For the government, it can be even more difficult. But it may be the affordable path forward in the face of climate change and related rising costs of disasters.

Jessie Riposo is the director and Shelly Culbertson is the associate director of the Disaster Management and Resilience Program at the nonprofit, nonpartisan RAND Corporation's Homeland Security Research Division.

This commentary originally appeared on Santa Monica Daily Press on September 17, 2022. Commentary gives RAND researchers a platform to convey insights based on their professional expertise and often on their peer-reviewed research and analysis.