How the Drinking Bird Foiled a Spruce Goose Engineer 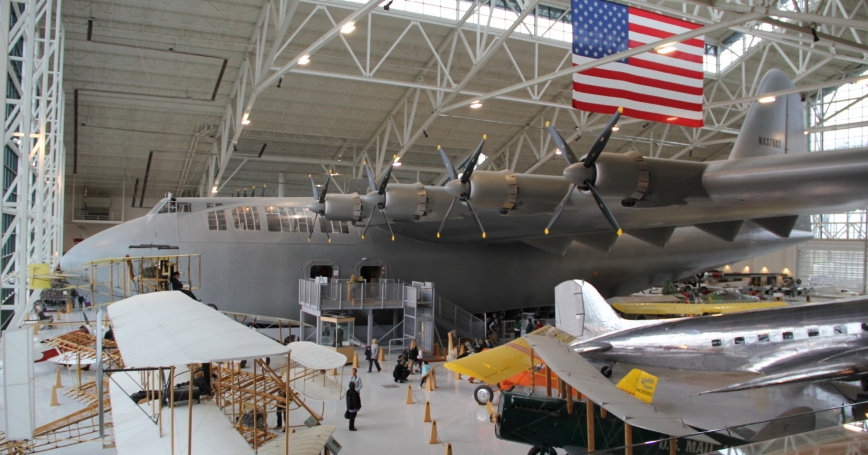 The Hughes H-4 Hercules, also known as the Spruce Goose, is seen at Evergreen Aviation Museum in McMinnville, Oregon

If you're a fan of vintage toys, you may remember the drinking bird. To some, it was child's play or a quirky desk toy to distract adults from work. But to RAND's Dick Murrow, it was a way to make life easier for Egyptian farmers.

Murrow was vacationing in Egypt in 1962 when he realized that most farmers were manually lifting water several feet from irrigation canals to their fields, primarily with the help of a shadoof—a pole with a bucket and counterweight.

As Murrow reflected on his trip, it struck him that the shadoof was similar to the drinking bird he had at home, but with one crucial difference: The bird could operate with little human intervention. The toy bird (which inexplicably wears a top hat) is actually a heat engine that uses evaporation, a small difference in temperature between the bird's liquid-filled body and empty head, and vapor pressure to cause the beak to dip repeatedly into a liquid. (For a demonstration, watch this scene from the show “Mad Men.”) 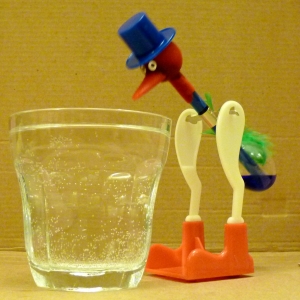 Murrow—who previously led Howard Hughes's Spruce Goose design team and later joined the legions who complained about Hughes's micromanagement—created a small heat engine in his home workshop. He wrote up the results in a short RAND report and an article for the Saturday Review. The Review's science writer was so enthusiastic that he gave a drinking bird to Richard Nolte, the U.S. ambassador to Egypt, who promised to display it on his embassy desk with a sign reading “Shadoof.”

But Murrow couldn't secure funding to further the concept, and Egyptians eventually moved on to diesel pumps. Like the Spruce Goose, the drinking bird shadoof never really got off the ground.

Sources: Saturday Review; Los Angeles Times; Howard Hughes and the Spruce Goose: The Story of the H-K1 Hercules by Graham M. Simons (2014); and the RAND Archives