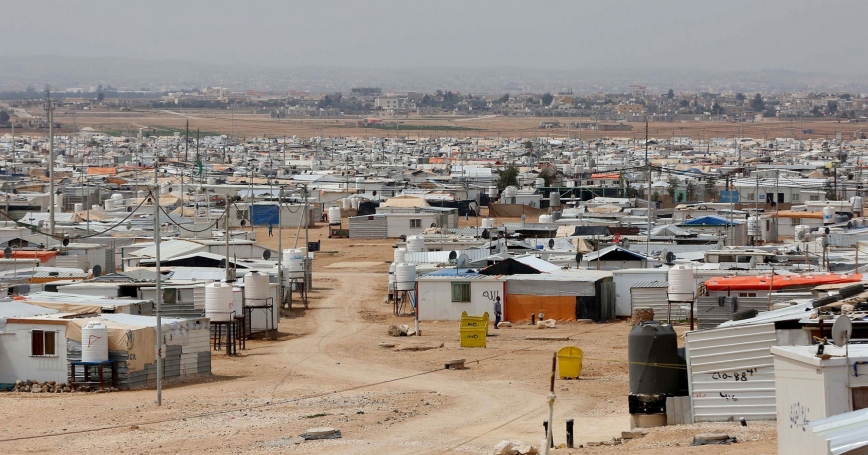 A view of the Zaatari refugee camp in Jordan, where nearly 80,000 Syrian refugees were living in March 2017

Shelly Culbertson's research has taken her to the cheering streets of Tunisia on election day, to the desperate neighborhoods of Iraq, and to a classroom of Syrian children in one of the world's biggest refugee camps. As a policy researcher at RAND, she focuses on education, workforce development, international development, and the Middle East. Several of her reports, translated into Arabic, are available on RAND's Arabic-language website, an initiative of the RAND Center for Middle East Public Policy that offers Arabic-speaking policymakers and citizens access to RAND research and analysis. In 2016, St. Martin's Press published Culbertson's The Fires of Spring: A Post–Arab Spring Journey Through the Turbulent New Middle East.

You wrote that your new book was an act of both love and frustration. How so?

I've been involved with the Middle East since I was in college, and did my first study abroad in Israel, followed by Egypt. I lived for seven years in Qatar, worked for five years on Iraq. It's a place that I've been connected to for many years, and I have found the work there very meaningful.

At the same time, it is deeply frustrating, because there is so much potential within the region. The Arab Spring was about trying to access that potential—people rising up in a societal upheaval to improve their government— and a lot of it fell flat. So it was a lot of frustration with where things are going, but also hope for it as well.

You argue in the book that it's too early to say whether the Arab Spring will turn out to be a success or not. What did you hear from the people on the street, in the region? Are they optimistic or pessimistic?

It very much depends on the country. Some are mired in very ugly and violent civil wars, and I think there are probably few people in those places—such as Syria, Libya, Yemen—who are optimists right now. But there are other countries that have made a number of changes along the lines of the goals of the revolutions. So, for example, in Tunisia, there is a new constitution, a new parliament. Islamist and secularist political parties have been collaborating together. Jordan also made moderate changes.

The full impact of the Arab Spring won't be understood for another couple of decades.

But it is too early to tell. The Arab Spring was about people in the region deciding what they did not want and rising up against it, but they hadn't worked out what they did want. The region was lacking in the education systems to prepare people to fully participate in democratic societies. I think the full impact won't be understood for another couple of decades, as people have time to step back after the initial upheaval and then work some of those ideals into institutions.

You mentioned Tunisia. It's often viewed as a success story from the Arab Spring, but is it a model or an outlier?

In a lot of ways, it's an outlier—but it's also an important model. What's impressive is that it crafted a new constitution that blended both democratic values and Islamist values, and then codified that into a governmental system. That could very well prove to be a strong model for other places. But I do want to say that Tunisia remains very fragile. It sent the largest number of foreign fighters to ISIS, it's had some very large terrorist attacks, so it's not an unqualified success story. But it's the only country where the political elites of different parties are establishing a foundation of working together to try to address some of those underlying problems. 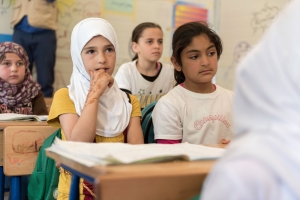 You've also written about the danger of a lost generation of children from Syria.

Almost 50 percent of Syria's people have been displaced by its civil war, whether that's inside Syria or as refugees outside Syria. RAND studies have looked particularly at refugee education. Our overarching recommendation is to integrate the Syrian refugee children into the education systems of the countries where they are: Turkey, Jordan, Lebanon, Egypt, and Iraq. Then use foreign humanitarian assistance to help the ministries of education in those countries increase their capacity with additional buildings, teachers, and training. That's very different from the prevailing assistance model, which uses humanitarian assistance for temporary education programs, with the assumption that children will go home soon. Our conclusion is that the refugee situation may last for a number of years, and therefore it needs at least medium-term thinking and planning, rather than emergency response.

You also just did a study on the challenges of stabilizing Mosul, Iraq, after ISIS. What did you find?

ISIS has been defeated in Mosul. But ensuring that ISIS doesn't return, and ensuring that the people of Iraq have a decent future, requires a number of steps. Otherwise, Iraq runs the risk of devolving back into violence within a matter of months. We presented a set of recommendations for the first year after military operations: First, get displaced civilians home. Second, invest ample assistance to get public services back up and running. Third, ensure that there are enough police and hold forces, and that they have adequate training. And fourth, put significant effort into both national and local reconciliation efforts. A lot of these steps depend on U.S. diplomatic leadership in addition to the Iraqi government and the UN system.

Is there a single moment that really sticks with you as emblematic of the trends and forces you write about?

I was visiting Jordan's Zaatari refugee camp, doing school visits. The camp is a really difficult place to live—rows of tents, some buildings, it's hot, it's dusty. I visited a classroom of high school girls and asked them, “What are the most difficult things you're dealing with here?” Nobody would raise their hand. They didn't want to talk about the difficulties they were facing.

Then I asked a second question: “What do you want to be when you grow up?” Hands around the room shot up. Everybody had an answer, and they were all so hopeful and excited about their futures. These girls wanted to be doctors and lawyers, architects, a soccer coach. One girl said she wanted to be a lawyer so she could help Syria. They were filled with so much hope—even with the backdrop of living in a refugee camp and being displaced and probably having had family members killed.

So I think, even despite these situations, the people who are living through it still have hope. And as policymakers or researchers, that is something we should bear in mind. The region is not hopeless.