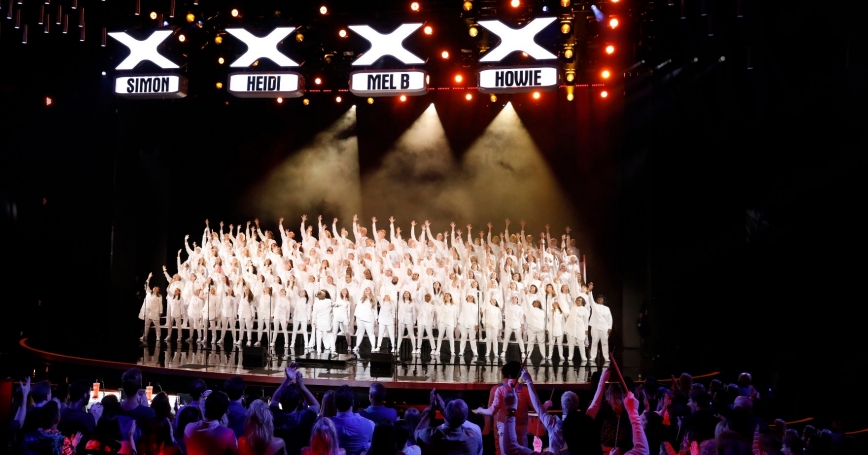 If you haven't seen the Angel City Chorale, featuring two RAND singers, perform on America's Got Talent, you should. Right now. We'll wait. (It's on YouTube.)

The 160-member choir made it to the show's semifinals with an inventive and inspiring playlist, a message of diversity and inclusion, and some serious pipes. Judge Simon Cowell— Simon Cowell!—called it “probably one of the best choirs we've ever had on this show.”

RAND's vice president for human resources, Allison Elder, performs with the choir as an alto. Jennifer Prim, an executive assistant in the Pardee RAND Graduate School, performs as a soprano and occasional soloist. A third RAND employee, adjunct mathematician Emmett Keeler, is also a choir regular but couldn't make the show performances.

The choir, founded 25 years ago to showcase the talent and diversity of Los Angeles, made it onto the show with one of its signature songs: a cover of Toto's “Africa,” with the singers snapping their fingers and patting their knees to mimic a rainstorm.

They earned a standing ovation and a “golden buzzer” from the judges for their rendition of a song in Swahili, “Baba Yetu.” They moved into the semifinals with the anthem, “This Is Me.” And then, on Sept. 11, they performed “The Rising,” by Bruce Springsteen, holding flashlights in the darkened auditorium.

That's where the journey ended—but no regrets.

“It was just a really fun and joyful experience,” Elder said. “When we're performing regularly, we're not looking at (supermodel and show judge) Heidi Klum and Simon Cowell. We just felt such joy in creating something with all kinds of people coming together.”