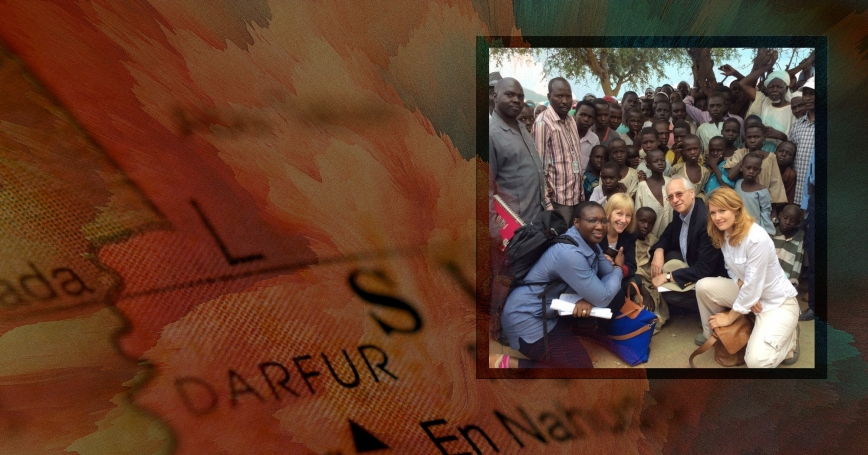 Jacqueline Burns joined the U.S. Air Force because she wanted to help people, face to face, on the ground, whose lives had been torn apart by conflict or disaster. She was still in training when the attacks of 9/11 changed the mission.

Burns, now a senior policy analyst at RAND, spent 12 years as an Air Force intelligence analyst during the wars in Iraq and Afghanistan. She left with a new resolve to not just help people caught up in conflict and violence, but to do what she could to prevent conflict and violence in the first place. She landed at the U.S. State Department, in the office of the U.S. special envoy for Sudan and South Sudan.

It was her dream job. The people of South Sudan had just voted overwhelmingly to break away from Sudan and build their own country. Sudan had let them go without a fight. It was a moment of possibility and optimism. It would not last.

You joined the South Sudan desk at a truly pivotal moment. What was that like?

I started working about three weeks after South Sudan had gained its independence. There was all this optimism—but, at the same time, my portfolio when I started was looking for ways to mitigate the violence that was still happening on the peripheries. We wrote so many cables and press releases expressing grave concern about the increasing intercommunal violence, the tensions, the corruption we were seeing. It was not a big surprise when the country slid into civil war.

What was your role when it did?

I had transitioned to our negotiations team, mostly working on Sudan, not South Sudan. But I got a call on the day after Christmas in 2013: “How fast can you get to the region?” We spent an entire month holed up in the Sheraton in Addis Ababa [in Ethiopia]: me, the special envoy, other advisers from the international community, and members of the two warring parties. I think we left that hotel twice in the entire month. There was just this hope that, if we could get a ceasefire, then we could put everything back in the box. 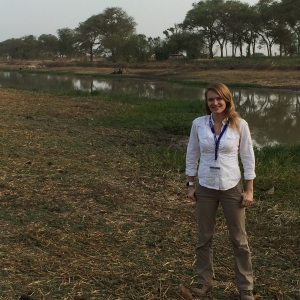 Jacqueline Burns in Abyei, between Sudan and South Sudan

There was just a lack of political will, from both sides of the conflict, to resolve it and stop the killing and the suffering and the atrocities. It was just very frustrating, trying to work with what seemed to be war criminals who didn't really want to make any progress for their people.

What lessons did you take from that experience?

That we can't resolve these conflicts from the top down. We're sitting in these rooms, we're working with these power brokers, the guys with guns, and they don't really have any incentive to make any long-term changes. And there is an entire population of civilians who are just trying to survive and are looking for ways to resolve the conflicts. I worked with a lot of women in Sudan and South Sudan who were motivated, who were dedicated, who were out there every day risking their lives to move the peace process forward. But they are not the people who get voices when it comes to deciding the future of their country.

What brought you to RAND?

I wanted to become a part of finding better solutions to these really complex questions of peace and security.

It just became very clear to me that it wasn't that we needed more pressure or more political will or even more money. We needed better answers. We were just trying the same things, over and over again, and I wanted to become a part of finding better solutions to these really complex questions of peace and security.

How has your experience in Sudan and South Sudan informed your work here at RAND?

I've been trying to apply this lens of looking at oppressive power structures and their consequences. This past year, I worked on a project on the cultural barriers to diversity, equity, and inclusion in the Air Force, so I was able to take that lens and combine it with my Air Force experience. I've also used that lens to look at power competition, globalization, and extremism.

We also did a project on crisis response in Africa, and specifically at how we respond to attacks on diplomatic facilities. And I knew what really happens on the ground—what gets reported, what doesn't get reported, the political considerations with the host nation if you do have to bring in outside support. You have to have been in the room before to really understand why things happen the way they do.

Is there an overarching question that you're trying to answer?

It's critical to look at oppressive power structures and how they touch all of these topics that we're really interested in at RAND: international relations; great-power competition; extremism; diversity, equity, and inclusion; peace and security. I'm really trying to bring that lens into all the work I'm doing now. How are these power structures at play? What does that tell us about what's really happening? And, in that context, what recommendations will actually be useful for policymakers?