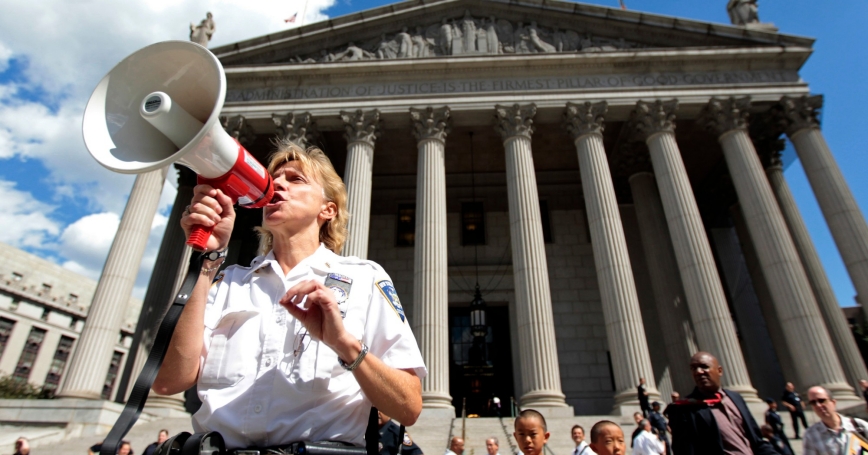 A federal court officer instructs court personnel during an evacuation of the Federal Court Building in New York, after a 5.9 magnitude earthquake that struck the East Coast, August 23, 2011

Fortunately for the national capital region, Hurricane Irene and the East Coast earthquake proved to be relatively minor events, as far as disasters go. There was some damage, and there have been no reports of serious injuries or deaths in the Washington area from either event.

But before everyone breathes a sigh of relief and resumes their daily routines, it would be wise to reflect on how people responded to what were, at the end of the day, dress rehearsals for much bigger events. If we fail to do that, we will miss an invaluable opportunity to draw valuable lessons.

What Irene showed is that with a bit of lead time and clear advice about what to do, most people take appropriate action. But the East Coast earthquake—a sudden and unexpected event—triggered a far more chaotic response by many people, businesses, and even some offices of the U.S. government....

Lynn Davis is director of the Washington office of the RAND Corporation, and Art Kellermann, MD, is vice president and director of health programs at the nonprofit institution, which improves policy and decision-making through research and analysis.

This commentary originally appeared on CNN on August 29, 2011. Commentary gives RAND researchers a platform to convey insights based on their professional expertise and often on their peer-reviewed research and analysis.