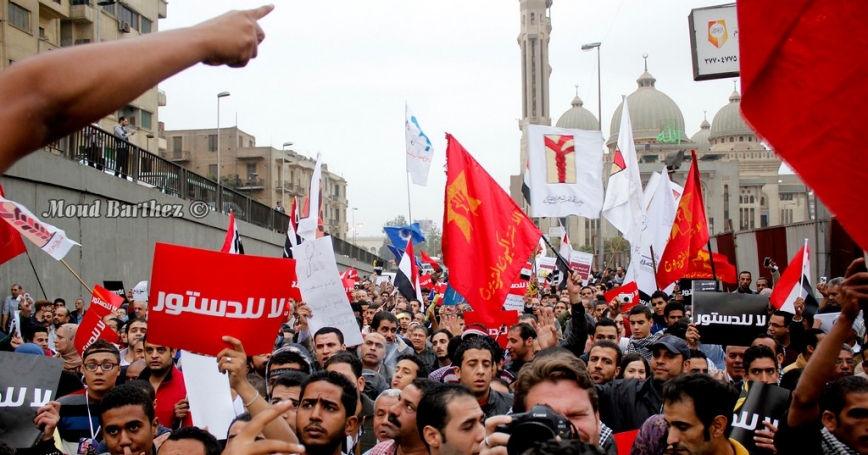 If there ever was a honeymoon in Egypt's post-Mubarak politics, it is long over. The two main ideological camps—Islamists and secular-liberals—have shown a willingness to cooperate only when brought together by a common foe.

In the heady days of January and February 2011, it was the shared goal of toppling the Mubarak regime that enabled the two sides to work together. When Ahmed Shafiq, the last Prime Minister under Mubarak, emerged as a run-off candidate in the presidential election, it was the threat of a return by fuloul al-nizham, (the remnants of the regime) that brought the two sides together. And when the Supreme Council of the Armed Forces, the military caretaker that directed the first year and a half of the transition, showed signs of resisting civilian control, it was the dark cloud of military rule that allowed the two sides put aside their differences.

With those threats receding to the background, Egypt's Islamists and secular liberals are no longer in the mood for cooperation.

The most recent spark that has renewed the conflict between the two sides is the process of constitution making, with a popular referendum on the draft constitution scheduled for the next two Saturdays. But as important as this document is to the future of Egypt's 2nd Republic, it is not the driver of the current political impasse. Yes, Islamists feel like their electoral performance—in which they won nearly three quarters of the seats in the now dissolved parliament—entitles them to be in the driver's seat. And yes, secular liberals take issue with the process by which the constitution was drafted as well as some of the specific articles which they worry could lead to limitations on personal freedoms. But this fight is not really about a constitutional debate. It is about the political fortunes of the two camps.

Islamists and secular liberals are positioning themselves for the re-run of the parliamentary elections, now just two months out. Because the Islamists control the reins of government, they are keen to show progress. The Muslim Brotherhood and the Salafists want to turn to the voters and say that Egypt is no longer stuck in a period of perpetual transition, rather, the country is moving forward in a way that promises economic recovery, the delivery of public services, and security. For their part, the secular-liberals see an opportunity to paint the Islamists as anti-democratic, playing on the same bogeyman that was cultivated by the previous regime.

In reality, there is an element of truth to both narratives.

The Brotherhood really believes it is putting the national interest first in pushing the country as quickly as possible through the remaining wickets of the transition. However, in doing so, the Brotherhood is far more interested in outcomes than the process by which they get there, and that raises questions as to the depth of their commitment to democracy. And the secular liberals, despite the pretense of upholding democratic principles, really are rooting for the Brotherhood's administration to fail so they can reap the political windfall. It is this political positioning that is really driving the battle playing out on the streets of Egypt today.

Jeff Martini is a Middle East analyst at the nonprofit, nonpartisan RAND Corporation.

This commentary originally appeared on The RAND Blog and GlobalSecurity.org on December 12, 2012. Commentary gives RAND researchers a platform to convey insights based on their professional expertise and often on their peer-reviewed research and analysis.