The Invasion of Iraq: A Balance Sheet 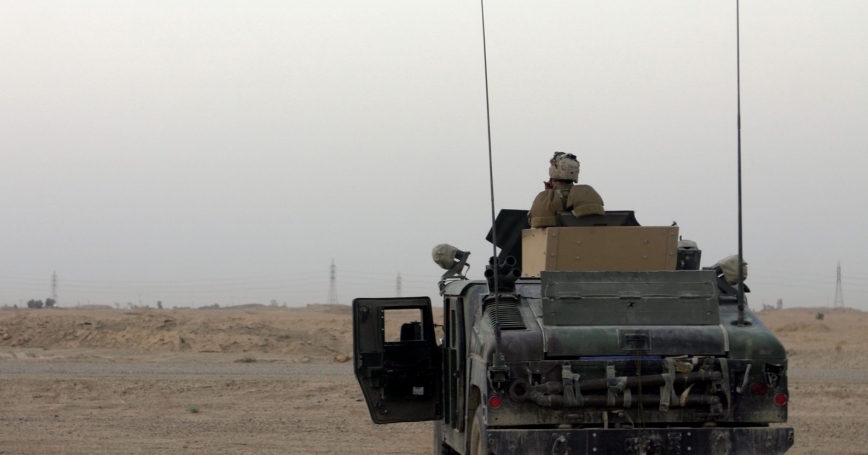 Historically, wars were fought primarily for material gain: livestock, treasure, tribute, or territory. More recently, however, the profit motive for war has declined as life has become more precious and conquest and plunder have become less acceptable, although conflicts waged for control of diamonds and other precious commodities continue in parts of the world. International law generally prohibits military action by one state against another except for reasons of self-defense. In modern warfare, “gains” must be measured in less-tangible forms, such as preserving national security, liberating threatened populations from tyranny, protecting human rights. Military action to achieve such ends is considered unavoidable and is rarely assessed as an investment.

The invasion of Iraq was a war of choice, however, and therefore should be assessed in terms of costs and benefits. Neither the United States nor its allies had been attacked by Iraq, and there was no evidence that any attack was imminent. Saddam Hussein was a brutal tyrant, and his regime was an affront to human rights, but the country had suffered under his rule for many years. Iraq's liberation was not the reason for going to war. The official purpose of the invasion was to remove any threat posed by Iraq's presumed arsenal of weapons of mass destruction. Regime change was a consequence, not a cause. And although Iraq's citizens are freer now, they are by no means more pro-American.

The costs are easier to quantify than the gains. The Iraq War cost the lives of 4,480 U.S. soldiers and at least 3,400 U.S. contractors. (U.S. allies lost 318 soldiers.) In addition, 31,928 American soldiers were wounded in action, many suffering serious disabilities that will impose a continuing burden on their families and long-term costs for health care and support. Between 110,000 and 150,000 Iraqis were killed in the war, and estimates of total conflict-related deaths run as high as 1 million.

Estimates of the direct and indirect costs to the United States range from $1.7 trillion to $3 trillion. Moreover, a recent report estimates that the total cost could reach $6 trillion over the next four decades, factoring in benefits owed to war veterans. The war in Iraq did not cause the global recession, but it certainly exacerbated America's financial difficulties.

No weapons of mass destruction were ever found — a lesson that even an all-out intelligence effort can get things wrong. But this lesson comes at a cost to U.S. credibility. In the future, it will be more difficult to persuade the American public or mobilize international support for action, even when the evidence appears convincing.

The initial invasion was a spectacular demonstration of U.S. military might, but Iraq's subsequent insurgency tarnished that reputation. U.S. commanders finally got the measure of their foes, but learning came late, just as withdrawal became a political necessity. War-weariness is another cost.

The wars in Iraq and Afghanistan also imposed serious strains on U.S. military personnel and equipment, which will require years to recover. The U.S. military undoubtedly gained experience from the two wars, but it seems unlikely that the United States will soon commit combat troops to another insurgency.

The invasion of Iraq was portrayed as another front in the “war on terror” — America’s response to 9/11—with some U.S. officials asserting that Iraq had played a role in the attacks. This claim was never supported by U.S. intelligence, and it did not drive the decision to invade, although it was used to justify the war. Despite later public statements by the Bush administration that Saddam Hussein was not responsible for the 9/11 attacks, many Americans continue to believe he was involved.

On balance, the invasion of Iraq did not advance the war on terror. There is, in fact, consensus among analysts that the war in Iraq diverted attention and resources away from the campaign against al Qaeda and the Taliban. At the same time, it provided al Qaeda with a new front, a new recruiting poster, and a new destination for global jihadists. Always opportunistic, al Qaeda exploited the insurgency, although its bloody excesses in Iraq ultimately alienated Muslims worldwide. Al Qaeda's Iraq front survives and is increasingly active against the Iraqi government and in Syria's civil war.

It is not yet clear that the Iraq war has served America’s security interests. While the U.S. State Department claims that the United States and Iraq have “forged a strategically important bilateral relationship,” that is hard to see.

Iraq no longer threatens its immediate neighbors. Iran is now viewed as the most serious threat to the region; its nuclear program is real and worrisome. Iraq's Shia-dominated government seems more willing to support Iran's ambitions than to support efforts to discourage those ambitions. In more concrete terms, Iraq facilitates arms shipments to Syria's government forces, while the United States would prefer to have Syria's president step down. It is difficult to point to evidence of cooperation between Iraq and the United States other than Iraq's acceptance of U.S. assistance in building up its internal security forces to combat jihadist insurgents and, potentially, Sunni opponents.

In sum, the costly removal of a brutal tyrant who threatened his own citizens and neighboring countries won no applause, earned no gratitude, established no reliable ally, and produced no lasting strategic benefit.

This commentary originally appeared on The RAND Blog and GlobalSecurity.org on March 22, 2013. Commentary gives RAND researchers a platform to convey insights based on their professional expertise and often on their peer-reviewed research and analysis.