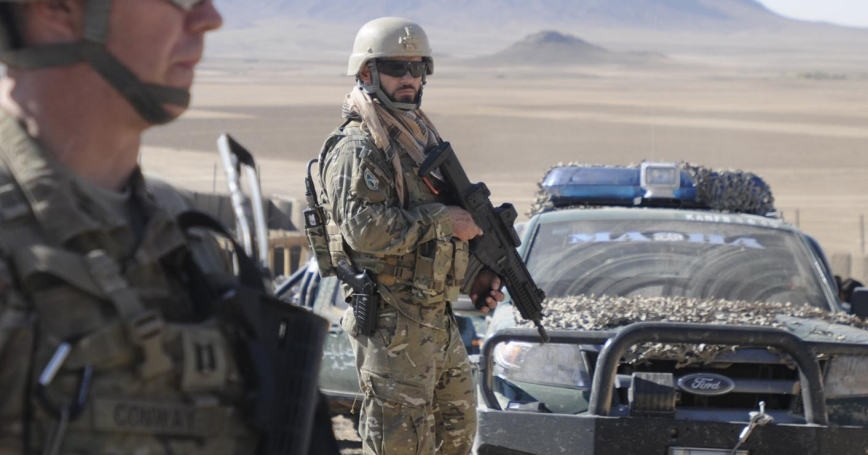 In a few weeks, the country will honor the anniversary of the daring raid by navy SEALs that killed Osama bin Laden.

Because of the news or films like Zero Dark Thirty, most Americans are aware of the high-profile missions conducted by U.S. special operations forces, like the bin Laden raid or the toppling of the Taliban regime after the 9/11 attacks.

But most Americans are unaware that U.S. special forces face the serious danger of being bogged down in a permanent game of global whack-a-mole rather than operating as part of deliberate campaigns that can achieve lasting outcomes.

In 1998, U.S. special forces were sent to Colombia to help build and train a large and capable special operations command and police unit to take on the narcoguerillas of the FARC (Revolutionary Armed Forces of Colombia). Today, in large part because of U.S. special forces, Colombia has seen its violence and cocaine production drop dramatically, while the guerillas have released their prisoners and engaged in peace talks with the government.

With just a few hundred special operators and some modest investments, the threats from terrorists, criminals, and armed separatists in Colombia and the Philipines were dramatically reduced, while regions important to the U.S. were stabilized.

The indirect approach is not defined by capturing or killing a high-value target, but by shaping and influencing environments and populations to achieve a lasting victory. Special forces can carry guns in the field alongside a partner force; supply direct assistance, such as airlift or intelligence; or conduct training in special operations techniques. They can also create long term partnerships by building schools, wells, or providing medical aid to local populations.

But while the indirect approach has shown proven success, the lion's share of attention, effort, and resources over the past decade has been devoted to the direct approach. That means that these forces are stuck conducting endless strikes on terrorist target lists, with no way to determine when a threat has been defeated.

Meanwhile, the indirect approach languishes more as a bumper sticker rather than a tool that effectively addresses conflicts or emerging threats.

Today, the Council on Foreign Relations released my report detailing a new model for our nation's special forces.

That new model would follow the approach used in Colombia and the Philippines, where special forces planned ongoing campaigns that use numerous advisory, civil affairs, and informational activities to address those governments' weaknesses in providing security and ending conflicts.

A greater emphasis on the indirect approach would mean moving further away from temporary Band-Aid campaigns of endless disruption and decapitation; achieving greater security for the country at lower cost in U.S. blood and treasure; and a stronger global alliance of partners that avoids the perception that the United States is a go-it-alone power that writes its own rules.

To be clear, this is not about shelving the direct approach but adding to it. U.S. special operations forces are the country's premier precision raiders, vital in carrying out missions like killing or capturing terrorists, rescuing hostages, and securing weapons of mass destruction. Those capabilities are essential and must be maintained.

The phrase "You can't kill your way to victory," coined by a special operator, is a useful signpost on the road to a more comprehensive approach to special operations as part of U.S. national security policy.

Linda Robinson is a senior international policy analyst at the nonprofit, nonpartisan RAND Corporation. She is the author of the report, "The Future of U.S. Special Operations Forces," published by the Council on Foreign Relations and a former adjunct senior fellow for CFR.

This commentary originally appeared in USA Today and CFR on April 8, 2013. Commentary gives RAND researchers a platform to convey insights based on their professional expertise and often on their peer-reviewed research and analysis.