Agreeing to Disagree About Africa 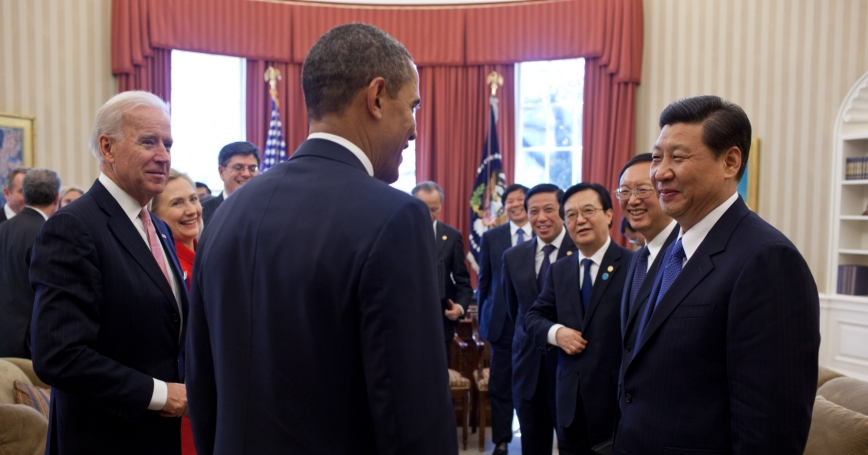 When President Barack Obama and Chinese President Xi Jinping meet this Friday and Saturday in California, the two leaders will seek cooperation on a host of thorny issues confronting the bilateral relationship — most notably North Korea, Syria, trade protectionism and cyber security. Although many observers have expressed concern about China's engagement in Africa, that continent will likely receive little or no attention during the summit, despite the fact that Obama will travel there only a few weeks later.

This is unfortunate, as the Obama-Xi dialogue offers an opportunity to clarify both countries' interests in Africa and remove a potential irritant to U.S.-Chinese bilateral relations. Despite frequent reports that characterize the United States and China as engaged in a desperate zero-sum competition for African resources, there is little strategic conflict between the two.

Securing access to natural resources remains the primary driver for both countries in Africa. In 2011, 80 percent of Chinese imports from Africa and 84 percent of U.S. imports consisted of oil, minerals and other natural resources. Similarly, more than half of each country's investment in Africa is concentrated in mining and extractive industries. These trends are unlikely to change significantly.

China's capacity to threaten U.S. and global energy security by "locking up" oil resources in Africa and shipping them directly to China is overblown. Oil is a global commodity, and Chinese national oil companies actually sell a significant proportion of their offshore equity oil on local and international markets. Moreover, China's small (but growing) share of worldwide oil reserves limits its capacity to disrupt global petroleum markets and thereby threaten U.S. energy security.

Aside from natural resources, the United States and China operate in different spheres in Africa. The United States has long focused its African engagement on democratization and good governance, human development (in such sectors as health, education and agriculture) and private sector–led investment, which has been minimal given the myriad political, economic and regulatory obstacles to doing business in Africa. In contrast, China has focused its activities on state-backed investment in infrastructure and manufacturing — areas that American companies and international financial institutions have generally stayed away from — and on opening markets for Chinese goods.

Chinese investment in African infrastructure for the most part renders local manufacturing more cost-effective, expands regional markets and creates opportunities for profitable foreign investment — all of which promote economic development. Expanded Chinese infrastructure benefits both Africans and international trade partners, like the United States, and could even create opportunities for U.S. businesses to find markets and suppliers in Africa.

Neither Washington nor Beijing is likely to change course in the one area in which they pursue different priorities: African countries' internal governance. The United States has placed democracy and human rights at the center of its Africa agenda. China, due to its own sensitivities to outside powers interfering in its internal affairs, ardently supports the sovereign rights of African governments. These American and Chinese imperatives reflect the countries' core political values, rendering them virtually impervious to outside pressures.

To be sure, elements of China's approach bring negative consequences to the continent, and the United States has few effective tools to stop such practices. China's hands-off approach effectively condones some of the most corrupt regimes in Africa. Chinese businesses routinely abuse local labor laws and push indigenous entrepreneurs out of business by selling inexpensive manufactured goods. .

China is more likely to change course in Africa if Africans themselves — through their governments, labor unions and civil society — demand it. During his trip to South Africa, Tanzania and the Democratic Republic of the Congo in March, Xi pledged, for example, to hire more local laborers, transfer more technology and improve working conditions — all steps that Africans have insisted upon. The best way for Washington to promote a change in Chinese policy toward the continent, therefore, is not to pressure Beijing directly, but rather to do even more to promote democracy, accountability and transparency in the region.

Given the wide range of strategically critical issues Obama and Xi plan to address during their summit, it is unlikely that either will devote significant political capital to pressure the other on Africa. However, the two leaders would be well served if they at least clear the air by, in essence, agreeing to disagree. Continuing to criticize each other's core values and interests in Africa will accomplish little while serving to increase mutual distrust.

Larry Hanauer is a senior international policy analyst and Lyle Morris is a research assistant at the nonprofit, nonpartisan RAND Corporation. They are co-authors of a report on China's engagement in Africa that will be released this fall.

This commentary originally appeared on U.S. News & World Report on June 5, 2013. Commentary gives RAND researchers a platform to convey insights based on their professional expertise and often on their peer-reviewed research and analysis.