Should the U.S. Move the Marines to Guam? 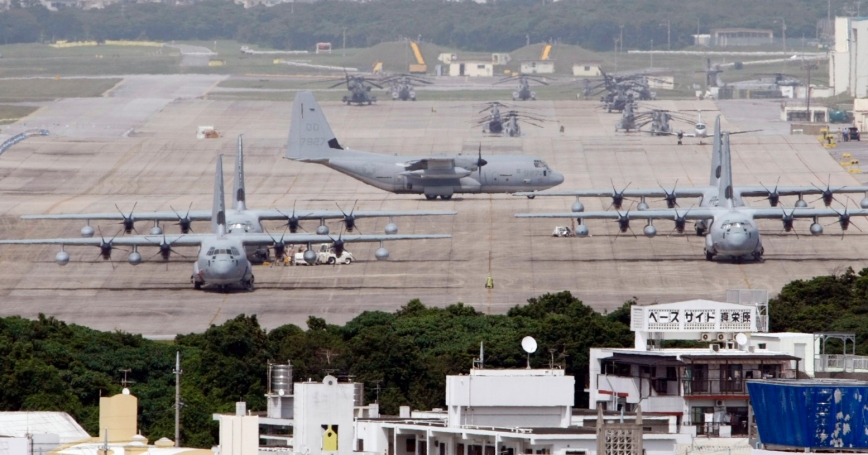 The U.S. needs to rethink the way it defines the contribution the Marines make to its rebalance.

For years Congress has been asking the Department of Defense (DoD) and the U.S. Marine Corps for a complete implementation plan with detailed costs and a strategic rationale to justify moving roughly 5,000 Marines from Okinawa to Guam. The congressional Government Accountability Office recently found, again, that the Marine Corps cost estimate for the move is “not reliable” and, in the 2014 Department of Defense authorization bill, Congress has again asked for strategic justification and credible cost estimates. The option to permanently base Marines on Guam should hinge on the benefits of the location and the costs. Guam scores poorly on both counts and better options exist. However, previous guidance provided to the Marine Corps constrains consideration of such options.

Operational considerations should weigh heavily in Marine Corps location decisions for large, permanent overseas bases. Specifically, these considerations should include the degree to which they facilitate deployment to likely contingency locations and the opportunities they offer for training. Guam scores poorly on providing these benefits. While it might seem that Marines based in the Pacific can get to an Asian contingency more quickly than Marines from Camp Pendleton in California, only forward-based Marines with dedicated sealift provided by collocated ships have a deployment advantage over U.S.-based forces; it takes a combination of Marines and appropriate transportation to generate response value. If Marines are based on a Pacific island without dedicated lift, the time to position the transport ships erodes any speed advantage that might be gained by the forward location. In such a case, the deployment time from the west coast of the United States would be similar to the deployment time from Guam for Asian contingencies. If prepositioned equipment were used instead, then again the deployment time would be similar whether Marines have to be fly from Guam or from the United States to marry up with the equipment. Similar arguments apply to security cooperation oriented training deployments.

There are other factors to consider, such as the potential deterrent value of forward forces, and their value as a demonstration of the U.S. security commitment to the region, in which case, the ally might arguably be expected to shoulder the additional costs. The Japanese government has offered to share some of the financial burden, but it will not cover the full cost of the Guam move. The Japanese government is trying to achieve a Goldilocks solution on Okinawa, keeping enough Marines there to maintain a strong U.S.-Japanese alliance and deter China, but also reducing their numbers in deference to local opposition to the U.S. troops on Okinawa. This, on the surface, is at odds with U.S. efforts to “pivot” to Asia.

To counter this perception of withdrawal, previous U.S. defense officials established an arbitrary metric focused on the number of Marines posted west of the International Date Line, which seems to be the dominant justification for selecting Guam and has prevented consideration of broader options. Unfortunately, the Marine Corps has arrived at a plan that is being measured in terms of how well it meets this political constraint rather than its combat power, response times, and costs. Instead, the United States and its friends and allies should adopt a more reasoned view of the pivot focused on well-explained capabilities not symbols. There are alternatives to Guam though that can achieve comparable combat capability for less cost. How much less?

Local costs influence the total cost of stationing military forces overseas and both the cost of living and construction costs tend to be greater on islands. A RAND study released in April captured the cost of basing forces overseas in a way that the Department of Defense had not previously done. This approach allows easy comparisons of the approximate costs of different overseas basing options. In short, we found that there is a real estate and cost of living premium paid in basing forces on a Pacific island. Including the promised Japanese government contribution, the one-time cost to build facilities on Guam for 5,000 Marines would be approximately $3.4 billion more than it would be to build needed facilities in the continental United States, considering both relative construction costs and the ability to leverage some existing infrastructure on large continental USMC camps. The annual recurring cost to maintain those forces would be between $80 million and $120 million per year above what would be paid to keep the same forces in the continental United States.

Even when factoring in the subsidy the Japanese government has agreed to pay in Guam, Guam is an expensive option, one that comes without proof that the investment would yield improved security. Marines also need training ranges to be ready to operate in these contingencies. Investments will have to be made on Tinian and Pagan to create training ranges near Guam in order to keep the Marines based there ready to deploy for military operations, which adds further to the costs of the Guam presence. Furthermore, if the Navy does not dedicate ships in Guam or close by in the region for those Marines to use for deployments, then Guam becomes more of a garrison than a launching pad for a quick reaction force. Finally, the quality of life for Marines on Guam may be lower than in the United States if the bulk of the force resides there on unaccompanied tours, meaning their families are not bought to live with them.

The United States might be willing to pay such premiums, if it brought compensatory benefits. Congress keeps asking if there are operational benefits justifying the expense of locating on Guam, a request that has so far gone unfulfilled. The benefits of establishing a permanent base on Guam look even less appealing in conjunction with the access Australia recently agreed to provide Marine combat forces.

In recent years the United States has been trying to improve the capabilities of its allies in Southeast Asia, and the Marine Corps presence in the region is closely tied to that goal. The USMC has started what eventually will be a regular deployment of up to 2,500 Marines to Australia for six months of the year. This will provide an opportunity to train extensively with the Australian military, and also for those Marines to travel to points in Southeast Asia for training and security cooperation, again if they have dedicated lift. This would augment the security cooperation activities already conducted by the 31st Marine Expeditionary Unit (MEU) coming from Okinawa, in essence providing two MEU size forces in the Pacific for much of the year.

Where does this lead? Decisions about the Marine Corps Pacific posture should be judged on the ability of forces to promptly deploy fully trained combat power from proposed basing locations. This combination of benefits offers a coherent strategic lens through which basing proposals should be viewed. Plans to keep a ready force in Okinawa with dedicated sealift provide quick access to Northeast Asia. Regular MEU-sized deployments to Australia offer both an option to train with a close ally and perhaps other partners, as well as access to Southeast Asia. This makes the added expenses of $80-$120 million per year to keep 5,000 Marines on Guam less attractive. Instead, that money could be saved by basing those forces in the continental United States, while sacrificing very little in terms of response time. The case for operational or security cooperation advantages has not been made to justify the higher cost of basing the Marines in Guam, rather than in the United States. If dedicated sealift assets through the stationing of an additional amphibious ready group in the region becomes a companion option, then it comes down to a judgment as to whether the higher cost of stationing the Marines in Guam would be worth the deployment benefit in the context of the Marine Corps' overall plans for the region. Regardless, the U.S. should alter its arbitrary definition of how the Marine Corps contributes to the U.S. rebalance to Asia, defining contributions in terms of capabilities offered, with these capabilities explained and demonstrated to allies as part of a broader strategic communications effort.

Michael J. Lostumbo is director of the Center for Asia Pacific Policy at the nonprofit, nonpartisan RAND Corporation.

This commentary originally appeared on thediplomat.com.

This commentary originally appeared on The Diplomat on February 28, 2014. Commentary gives RAND researchers a platform to convey insights based on their professional expertise and often on their peer-reviewed research and analysis.