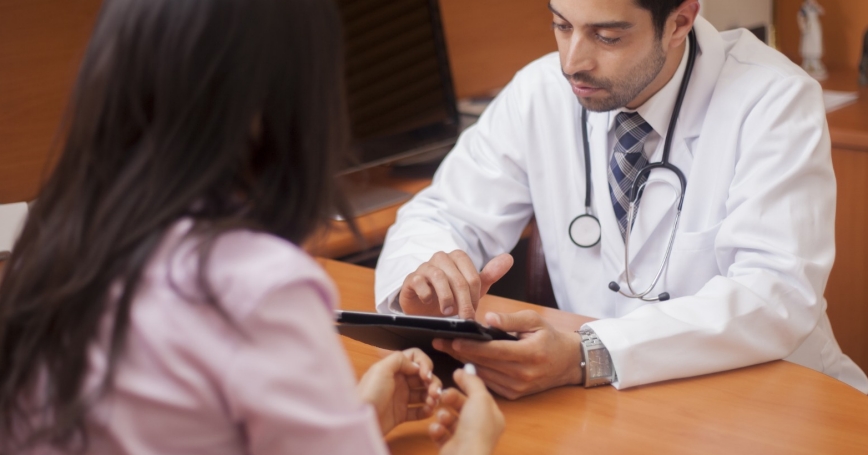 Policy makers and professional organizations have become increasingly concerned about physician professional satisfaction. As in the managed care expansion of the 1990s, recent health reforms, including but not limited to the Affordable Care Act (ACA) and the American Recovery and Reinvestment Act (ARRA), have begun to have effects “in the exam room,” changing how patients, physicians, and allied health professionals interact. To better understand how these reforms are affecting patient care and other aspects of physicians' professional lives, we recently conducted an in-depth study of professional satisfaction using a combination of open-ended interviews and written surveys with physicians and other professionals in 30 practices (encompassing 55 distinct practice sites) across the United States.

We found several factors that enhanced physician professional satisfaction in 2013, including:

At the time of our study, the ACA did not yet seem to have measurable effects on physician professional satisfaction, either positive or negative. Instead, regulations stemming from the ARRA—specifically, incentives and penalties to adopt electronic health records (EHRs)—have provoked widespread and intense responses from practicing physicians. Despite recognizing the value of EHRs in concept, many physicians are struggling to use their EHRs, which they describe as negatively impacting patient care in several important ways and undermining their professional satisfaction.

To be clear, we did not set out to conduct a study of physicians' reactions to EHRs. Our initial written surveys did not include questions about EHRs, since the validated source instruments for most of our questions predated the Health Information Technology for Economic and Clinical Health Act (HITECH Act, Title XIII of ARRA), Meaningful Use, and the ensuing widespread adoption of EHRs. However, the qualitative component of our study, which included open-ended interviews, allowed us to detect important findings that we did not anticipate. In our first few site visits, when we asked about EHRs, physicians gave detailed descriptions of how EHRs had reshaped their interactions with patients and affected their professional lives in other ways. Based on the intensity of these reports, we revised our written survey instrument to include items about EHRs, to see how widespread our interview findings might be.

What physicians said. Here is what we found about EHRs. First, our study does not suggest that physicians are Luddites, technophobes, or dinosaurs. Physicians recognized the important advances that EHRs have enabled, particularly in accessing information remotely (like checking a patient's test results from home) and improving compliance with guideline-based care. Of the physicians in our study who used an EHR, fewer than 1 in 5 would prefer to return to paper medical records.

At the same time, however, physicians noted important negative effects of current EHRs on their professional lives and, in some troubling ways, on patient care. They described poor EHR usability that did not match clinical workflows, time-consuming data entry, interference with face-to-face patient care, and overwhelming numbers of electronic messages and alerts. Physicians in a variety of specialties reported that their EHRs required them to perform tasks that could be done more efficiently by clerks and transcriptionists.

The inability of EHRs to exchange health information electronically was deeply disappointing to physicians, who continued to rely on faxed medical documents from outside providers. Physicians also expressed concerns about potential misuse of template-based notes. Such notes, which contain pre-formatted, computer-generated text, can improve the efficiency of data entry when used appropriately. However, when used inappropriately, template-based notes were described as containing extraneous and inaccurate information about patients' clinical histories, with some physicians questioning the fundamental trustworthiness of a medical record containing such notes. In addition, EHRs were reported as being significantly more expensive than anticipated, creating uncertainties about the sustainability of their use.

Physicians' concerns about EHR usability correspond to those documented by others, including the American Medical Informatics Association, researchers, and practicing physicians. These findings are especially important in light of recent publications documenting the rapid adoption of EHRs in the United States. The speed of the national EHR rollout might not be an unambiguous virtue, given the unintended consequences that physicians describe.

One could argue that the current state of EHRs is a transition period that is inevitable with any new technology, and that without making any new or targeted efforts, the problems of current EHRs and their interactions with care delivery systems will work themselves out in the long run. However, no other industry, to our knowledge, has been under a universal mandate to adopt a new technology before its effects are fully understood, and before the technology has reached a level of usability that is acceptable to its core users. In addition, simply waiting for long-run fixes may prolong the current troubled state of EHRs, potentially exposing patients to unnecessary risk. For all these reasons, it seems vital that a more proactive approach be taken to address the problems physicians describe.

To address these problems, the AMA is undertaking a multi-stakeholder effort that includes the following steps:

In addition, the transition from paper to computers may present an important opportunity to fundamentally rethink the purpose and design of medical records. Some of the difficulties of current EHRs may stem from persistent (or magnified) shortcomings also found in paper records. For example, to meet billing criteria, providers still write separate encounter notes that replicate large quantities of low-priority, outdated, or inaccurate information from other parts of the record (the “copy and paste” phenomenon). This replication creates “noise” in the record and fails to take advantage of efficient multiple-author document designs, such as wikis, that are enabled by computers. Re-prioritizing clinical communication, rather than billing criteria, within the medical record may improve the “signal to noise” ratio in EHR-generated notes.

Like the physicians who participated in our study, we are optimistic about the future of EHRs. But optimism should not blind us to current realities. If practicing physicians are correct, the current state of EHR technology has introduced several impediments to providing patient care, undermining physician professional satisfaction. Many of these problems—such as the proliferation of clinical information that doctors don't trust—also should be of great concern to patients. Patients, providers, payers, and vendors all have an interest in improving the usability of EHRs and integrating them into clinical workflows that produce better, more efficient care.