Ukraine and the Death of Territorial Integrity 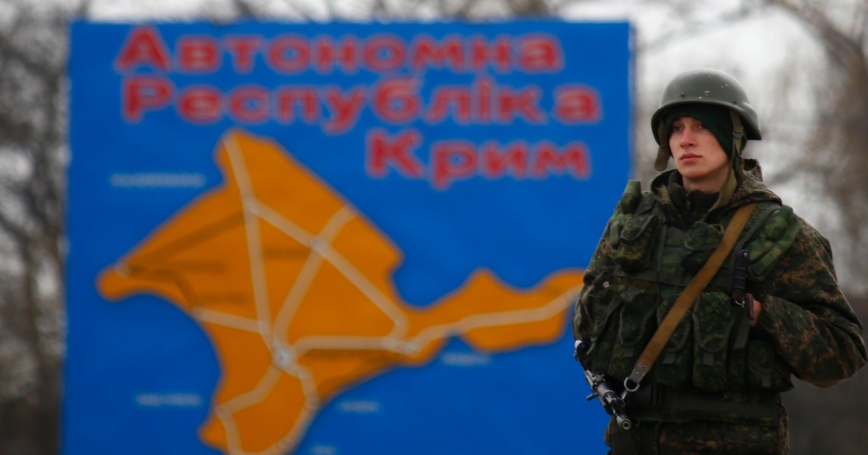 A Russian serviceman stands on duty near a map of the Crimea region near the city of Kerch March 4, 2014

The unfolding events in Ukraine threaten international peace and security in a manner that goes beyond the immediate crisis. Russia's increasingly brazen violation of Ukraine's territorial integrity threatens to undermine the widely accepted principle that international borders are not subject to further revision, a principle that has contributed significantly to a global decline in interstate war in recent decades. The United States and its allies have limited means to pressure Russia to withdraw from Ukraine, but upholding the principle of territorial integrity will require a sustained refusal to acquiesce to Russia's actions.

Conflict over European borders has a horrific history. The specter of Munich and Lebensraum led states to adopt the territorial integrity of states as a core principle of the post-1945 world order, one that transcended the Cold War divide. Since Saddam Hussein's disastrous push to conquer Kuwait was reversed in 1991, no state has attempted the overt conquest of another. To be sure, states have frequently skirted the edges of this prohibition, such as in Milosevic's support for Republika Srpska during the Bosnian war, but they have not crossed it. Respect for the territorial integrity of states has become one of the most widely accepted rules of international behavior over the past several decades.

Over this same period, the incidence of war between states has plummeted throughout the world. While many factors likely played a role in this decline and debates over the relative importance of each continue, academic research has increasingly emphasized the importance of settled borders in reducing the likelihood of conflict between states.

In recent years, however, the international consensus surrounding the principle of territorial integrity has begun to erode. Many commentators have cited the 2008 war between Russia and Georgia and Russia's subsequent recognition of the independence of South Ossetia and Abkhazia as prologue to the current crisis, but from the Russian perspective the erosion of this principle began earlier. The independence of Kosovo from Serbia was the first incidence in decades of widespread (though still far from universal) international recognition of a secessionist territory over the objections of its former state. Russian president Medvedev wrote at the time, “[i]n international relations, you cannot have one rule for some and another rule for others.”

The current crisis in Ukraine highlights the danger that the erosion of the consensus surrounding the territorial integrity of states poses. Almost any state could have its borders called into question for dividing ethnic groups or being historically artificial. The history of past partitions suggests that attempts to re-sort populations and borders would be as likely to lead to ethnic cleansing and intense violence as to alleviate these tensions. The post-1945 emphasis on the combination of territorial integrity and the protection of minority rights remains the only viable, albeit imperfect, solution for the minimization of such conflicts....

Bryan Frederick is an associate political scientist at the nonprofit, nonpartisan RAND Corporation.

This commentary originally appeared on The National Interest on March 5, 2014. Commentary gives RAND researchers a platform to convey insights based on their professional expertise and often on their peer-reviewed research and analysis.