Another Example of Obama's Light-Footprint Strategy 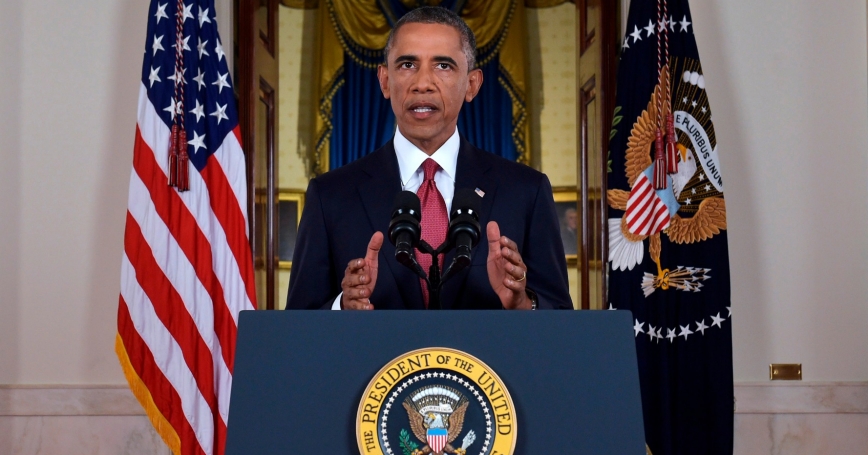 U.S. President Barack Obama delivers a live televised address on his plans for military action against the Islamic State, September 10, 2014

President Obama's campaign against Islamic State militants in Iraq and Syria marks a notable strategic shift in the conduct of warfare against terrorists and insurgents. It eschews the use of overwhelming force and embraces a light-footprint strategy that relies on precision strikes from U.S. aircraft, clandestine ground units and local allies.

In Iraq and Afghanistan, the Bush administration adopted a strikingly different strategy, which was heavily influenced by such individuals as Gen. David Petraeus and Lt. Col. John Nagl. It involved the deployment of large numbers of American and other international forces to help local governments win the support of the population and secure key territory.

Along these lines, the 2007 U.S. Army and Marine Corps Counterinsurgency Field Manual advocated that 20 to 25 counterinsurgents for every 1,000 residents were often necessary to defeat insurgents and terrorists, with international soldiers comprising a significant portion of the force.

Based on this strategy, the Bush administration surged U.S. forces into Iraq beginning around 2007, with some success. The nascent Obama administration continued this strategy in Afghanistan in 2009, supporting a surge of U.S. forces. But administration officials quickly changed course, critiquing the large-footprint strategy as too costly in an era of fiscal restraint, unpopular among a public tired of U.S. casualties and largely unsuccessful.

Perhaps the decisive break came in 2011, when Obama supported the overthrow of the Qaddafi government in Libya by relying on precision munitions, covert ground units and local Libyan allies. To be clear, this was not a new way of war, but typified 20th-century mid-intensity conflict. It hinges on the use of well-directed fires with skilled ground maneuver units that can exploit their effects and overwhelm the surviving insurgents and terrorists.

Today, the Obama administration is pursuing this strategy in Iraq and Syria, relying on U.S. airpower, CIA and special operations units, and local forces—not Americans—against the Islamic State. As Obama remarked last week, “American power can make a decisive difference, but we cannot do for Iraqis what they must do for themselves.”

This strategy is less costly in American blood and treasure. But it also has several risks. First, success hinges on the quality of local forces, which are shaky and divided—at best—in Iraq. The picture is notably worse in Syria. Second, it requires the resolution of deep political grievances. In Iraq, Prime Minister Haider Al-Abadi has an important window of opportunity to reconcile with Iraq's aggrieved Sunni population. This is no small feat.

Obama's strategy against insurgents and terrorists might be leaner than his predecessor's strategy. But stay tuned for whether it is any more successful.

Seth G. Jones is director of the International Security and Defense Policy Center at the RAND Corporation and an adjunct professor at Johns Hopkins University's School for Advanced International Studies.

This commentary originally appeared on Politico on September 16, 2014. Commentary gives RAND researchers a platform to convey insights based on their professional expertise and often on their peer-reviewed research and analysis.